Mr. Matei-Adrian Dobrovie, Member of the Romanian Chamber of Deputies, Chairman of the I.A.O. Committee on Regulation participated at the 12th Plenary Session of the Parliamentary Assembly of the Mediterranean (PAM), held in Bucharest and conveyed a greeting message on behalf of the Secretary General and the President of the General Assembly of the I.A.O. The main subject of the Plenary Session was: “Countering the Evolving Threat of Terrorism” while there were discussion on issues such as Political and Security Developments in the MENA Region; Facilitating Trade and Supporting Investments; Climate Change, Human Rights and Migration; and Protection of Cultural Heritage. 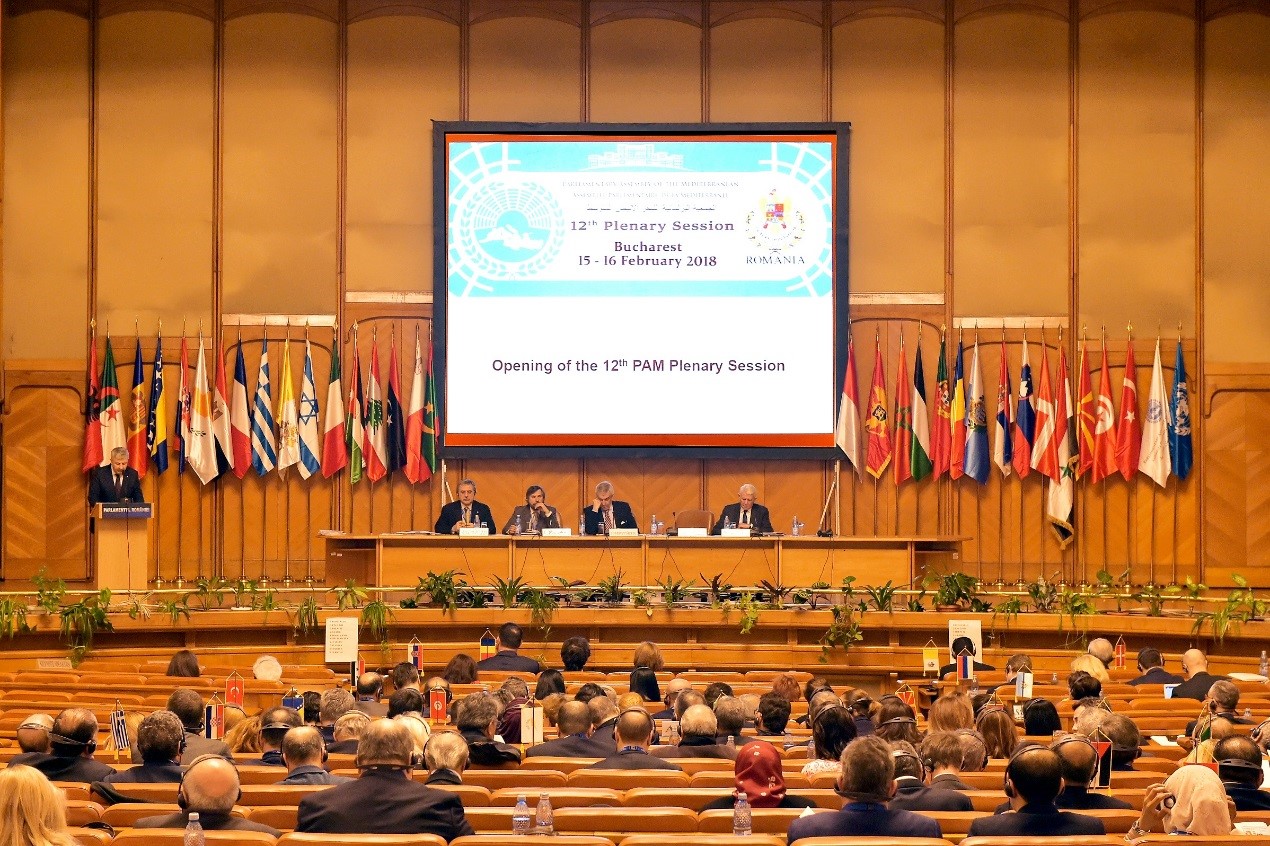 In his greeting message Mr. Dobrovie stressed inter-alia: «…the I.A.O. welcomes any potential collaboration with any other international political forum that is actually interested in peace and coexistence among people. This is also evidenced by the existing partnerships with other international institutions, such as the Pan-African Parliament and the Parliamentary Union of Islamic Cooperation (P.U.I.C.).
The agenda of this year’s General Assembly of PAM includes particularly interesting and a broad range of topics. Serious issues are put on the table: the challenge of the asymmetric threat of terrorism, international trade and investments, protection and promotion of human rights, preservation of world cultural heritage and climate change, which the I.A.O. has raised and has been discussing for several years.
I have the pleasure to present some views of the I.AO. on the role that Orthodoxy can play in the international cooperation across the world to promote the international common interest of all States, all peoples. Orthodoxy can become the driving force for addressing the current challenges through dissemination and consolidation of Christian ideals and virtues…».

Chamber of Deputies of Romania – Bucharest, 15 – 16 February 2018. 12th Plenary Session Of The Parliamentary Assembly Of The Mediterranean.