A delegation of the Interparliamentary Assembly on Orthodoxy (I.A.O.) headed by the I.A.O. Alternate Secretary General Mr. Ioannis Amanatidis and the I.A.O. Advisors Dr. Kostas Mygdalis and Prof. Valery Alekseev, participated in a meeting in Brussels, on June 3rd 2015, with the co-chairpersons of the Intergroup of the European Parliament on freedom of religion or belief and religious tolerance (FoRB & RT) Mr. Peter van Dalen and Dennis de Jong, as well as the head of the US Commission on International Religious Freedom (USCIRF) Dr. Katrina Lantos Swett. 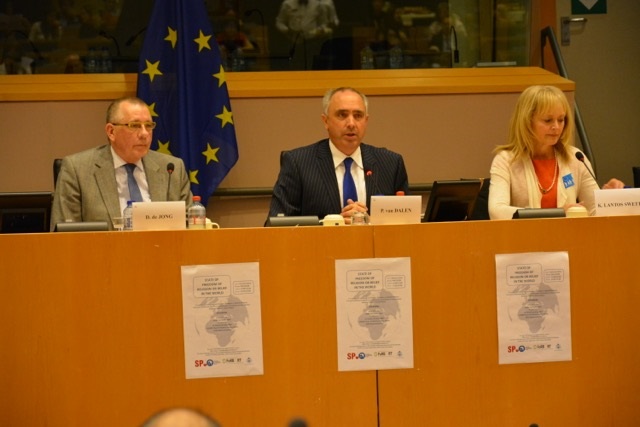 During this meeting, issues on religious freedom around the world were discussed, while Mr. Amanatidis referred to the necessity to protect Christians in the wider region of Middle East. 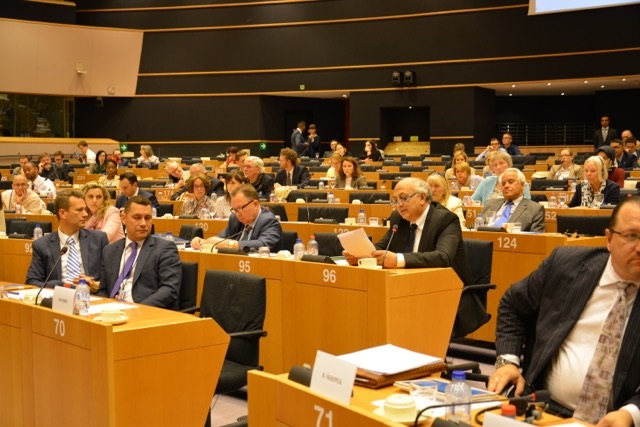 Moreover, Mr. Amanatidis in his addressing speech in front of a large audience during the presentation of the annual report of the Intergroup of the European Parliament on freedom of religion or belief and religious tolerance (FoRB & RT), stressed, inter alia, that it is imperative to encourage the joint initiatives of Pope Francis and the Ecumenical Patriarch Bartholomew. In addition, he referred to the significance of the Great and Holy Synod of all the Orthodox Autocephalous Churches, which is going to convene in Istanbul in 2016.

Brussels June 3, 2015. Visit of the I.A.O. delegation with the co-chairpersons FoRB & RT, as well as the head of the USCIRF.