VISIT OF THE DELEGATION OF THE SECRETARIAT OF THE PARLIAMENTARY UNION OF THE ORGANIZATION OF THE ISLAMIC CONFERENCE MEMBER STATES (P.U.I.C.) HEADED BY THE SECRETARY GENERAL MR. IBRAHIM AHMED AUF.

Following an invitation of the I.A.O. International Secretariat a delegation of the Secretariat of the PARLIAMENTARY UNION OF THE ORGANIZATION OF THE ISLAMIC CONFERENCE MEMBER STATES (P.U.I.C.) headed by the Secretary General ambassador Mr. Ibrahim Ahmed Auf, visited the seat of the International Secretariat of the INTERPARLIAMENTARY ASSEMBLY ON ORTHODOXY (I.A.O.) in Athens from the 20th to 23rd of March 2005. A series of meetings were held with representatives of the I.A.O. International Secretariat under the Secretary General, member of the Hellenic Parliament, Mr. Stylianos-Angelos Papathemelis, and the President of the I.A.O. General Assembly, member of the Russian State Duma, Mr. Sergei Popov. P.U.I.C. is the Parliamentary Union of the Islamic Conference Organization with 47 member – parliaments, seated in Tehran. 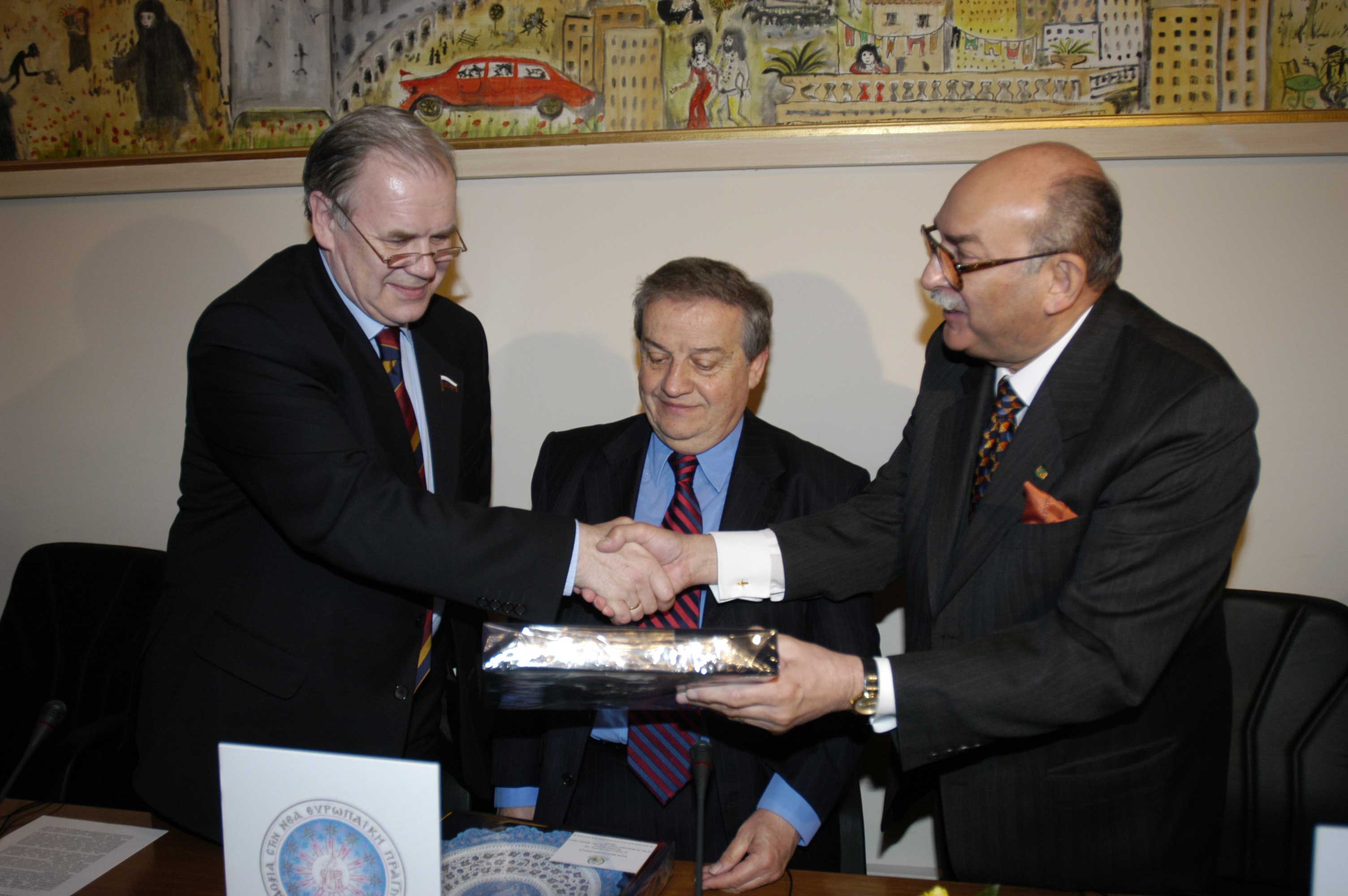 During the meetings, issues of cooperation between the two parties were discussed, and the two General Secretaries initialed a draft cooperation agreement.

It should be stressed that the cooperation initiative was taken by the I.A.O. Secretariat after a relevant decision of its General Assembly, held in Kiev, Ukraine, in June 2004.