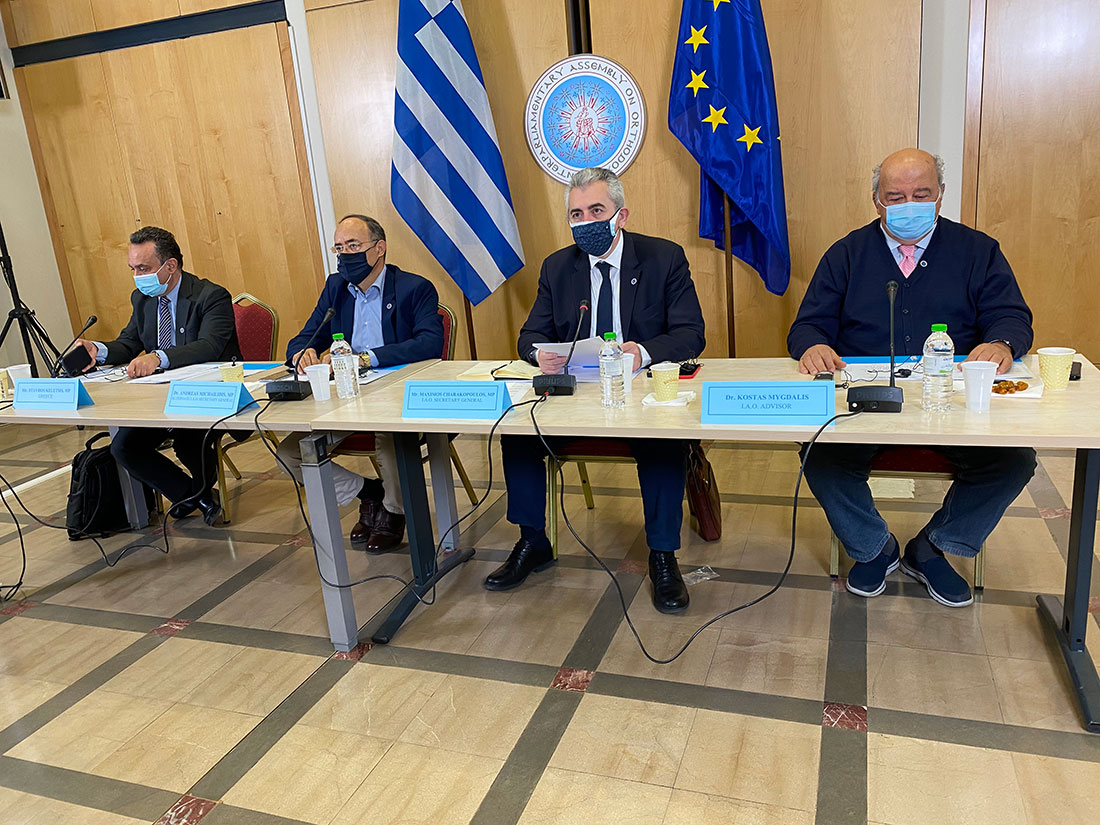 The Meeting of the I.A.O. International Secretariat and Committee Chairpersons and Rapporteurs was held virtually on March 17, 2021.

Members of Parliaments – Members of the I.A.O. from 23 countries participated at the meeting and exchanged views on the spread of the COVID-19 pandemic that affected their countries and all of humanity causing all the planned I.A.O.’s activities to be postponed. 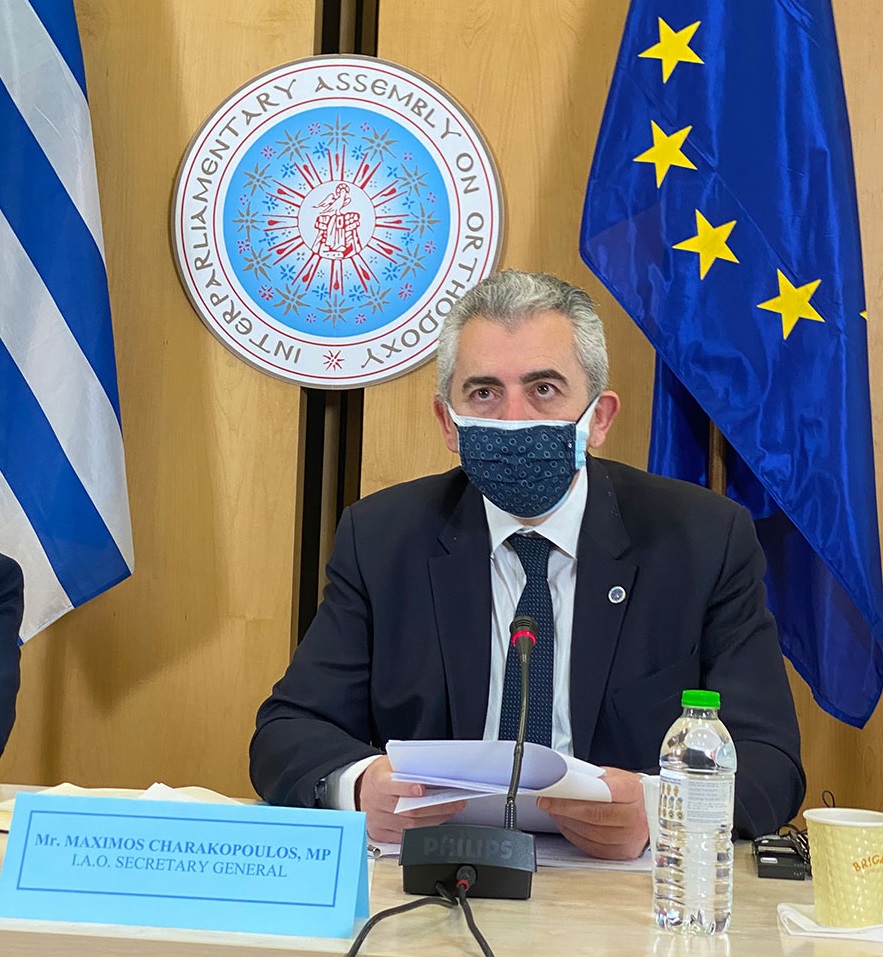 – The publication of the Volume of the Minutes of the International Conference on Parliamentary Dialogue, held in Beirut, 3-4 April 2018 on “Unity in Diversity and Fundamental Freedoms for Christians and Muslims in the Middle East: A Conference for Parliamentary Dialogue”. The volume will soon be printed by the Hellenic Parliament’s Directorate of Publications and Printouts and will be published in four (4) languages: Greek, English, Russian and Arabic.

– The 3rd International Photo Contest on the churches of Wisdom of God. This is an initiative that has been announced, following the proposal of the I.A.O. Committee on Culture in the framework of preservation and highlighting the Christian Orthodox culture. The contest will be held in collaboration with the OrthPhoto.net website.

– The publication of a Special Volume on: “The churches of Wisdom of God in history and in the world”: This is a study with rich photographic material, which will be dedicated to the presentation of historical, religious, lawful and architectural status of the 46 monumental temples of Hagia Sophia around the world.

– The call for proposal to the Council of Europe for the development of a Cultural Route entitled: “The European Route of the 46 Monuments of the Wisdom of God (Hagia Sophia)”. This initiative aims to develop with an orthodox reference, a cultural route, which will extend from Scotland, will pass through Europe and will reach as far as China. 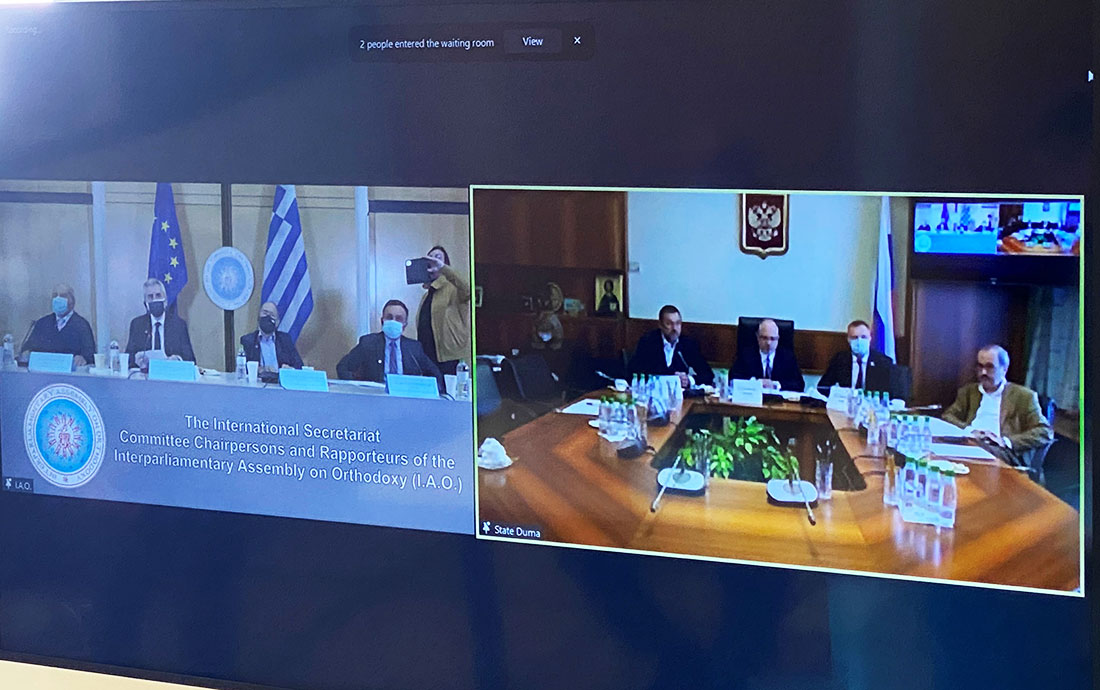