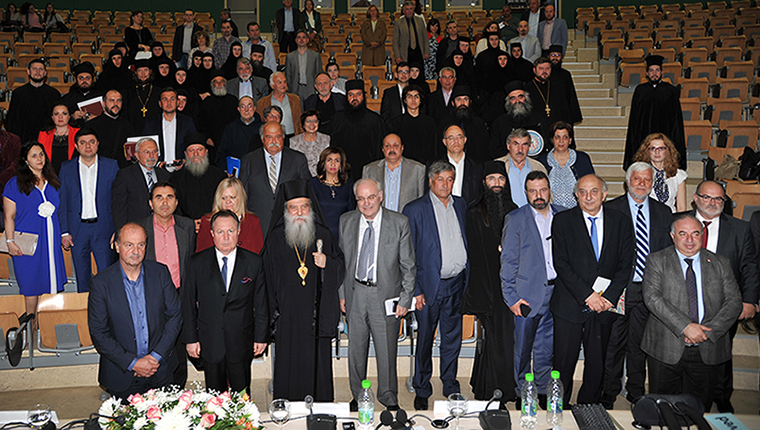 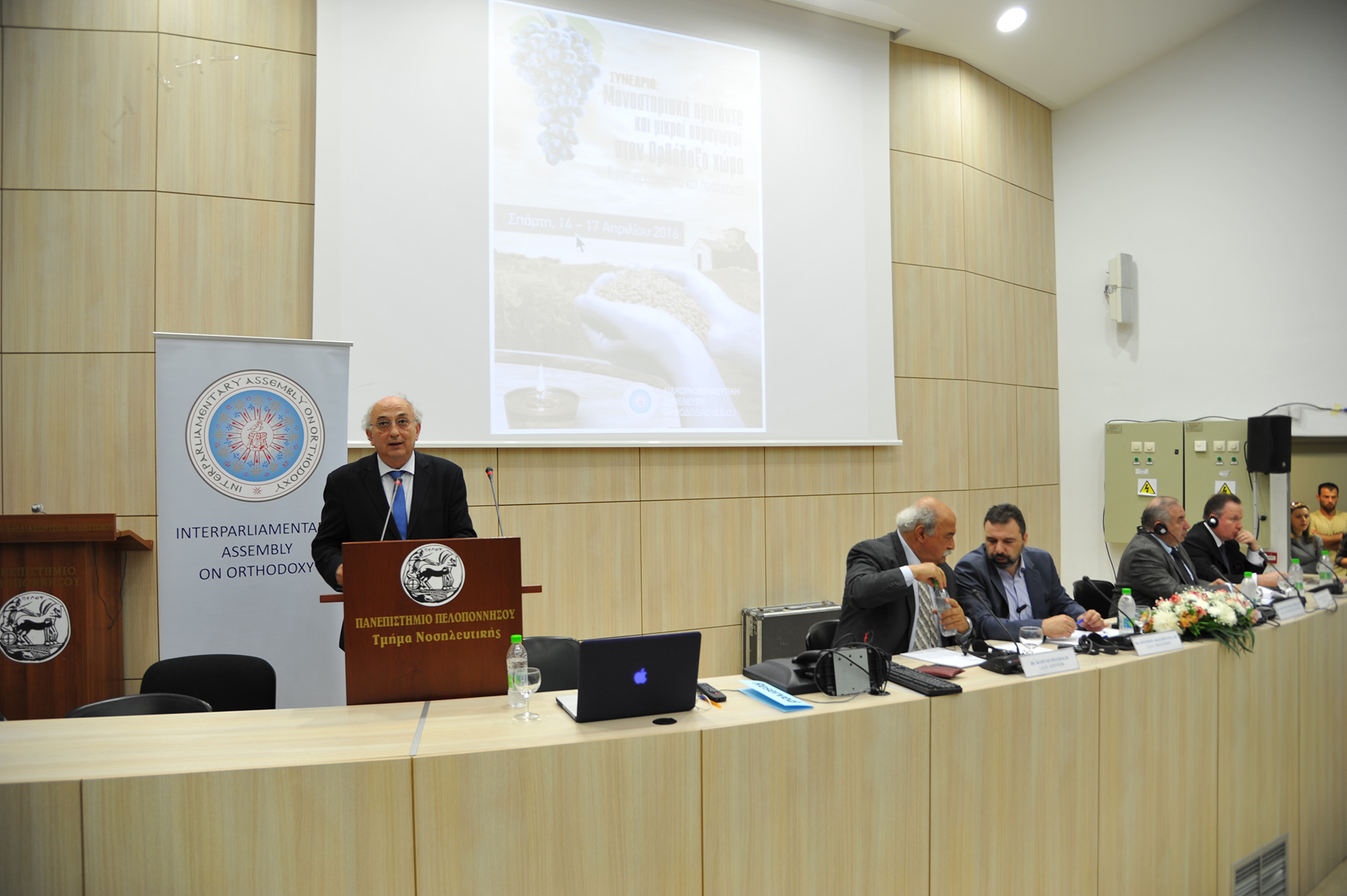 The Interparliamentary Assembly on Orthodoxy (I.A.O.) held a two-day conference on the subject: «Monastery products and small producers in the Orthodox area. Joint effort and prospects», in Sparta, Greece, 14 – 17 April 2016. The works of the conference were held at the Faculty of Human Movement and Quality of Life Sciences of the University of Peloponnese. The I.A.O. Secretary General Mr. Ioannis Amanatidis welcomed the guests and participants of the conference and said inter-alia: «…We believe that these potentials exist today to the fullest extent and we owe it to highlight their dynamics but also to protect them, as well as consumers of possible initiatives, which even though seem to exhaust their potential, they exhaust consumer confidence. We, the I.A.O. aim to contribute in finding ways and initiatives to overcome borders and localism and based on a common recognition or certification will provide to the Christian world, and certainly not only to every consumer, the opportunity to approach these products…». 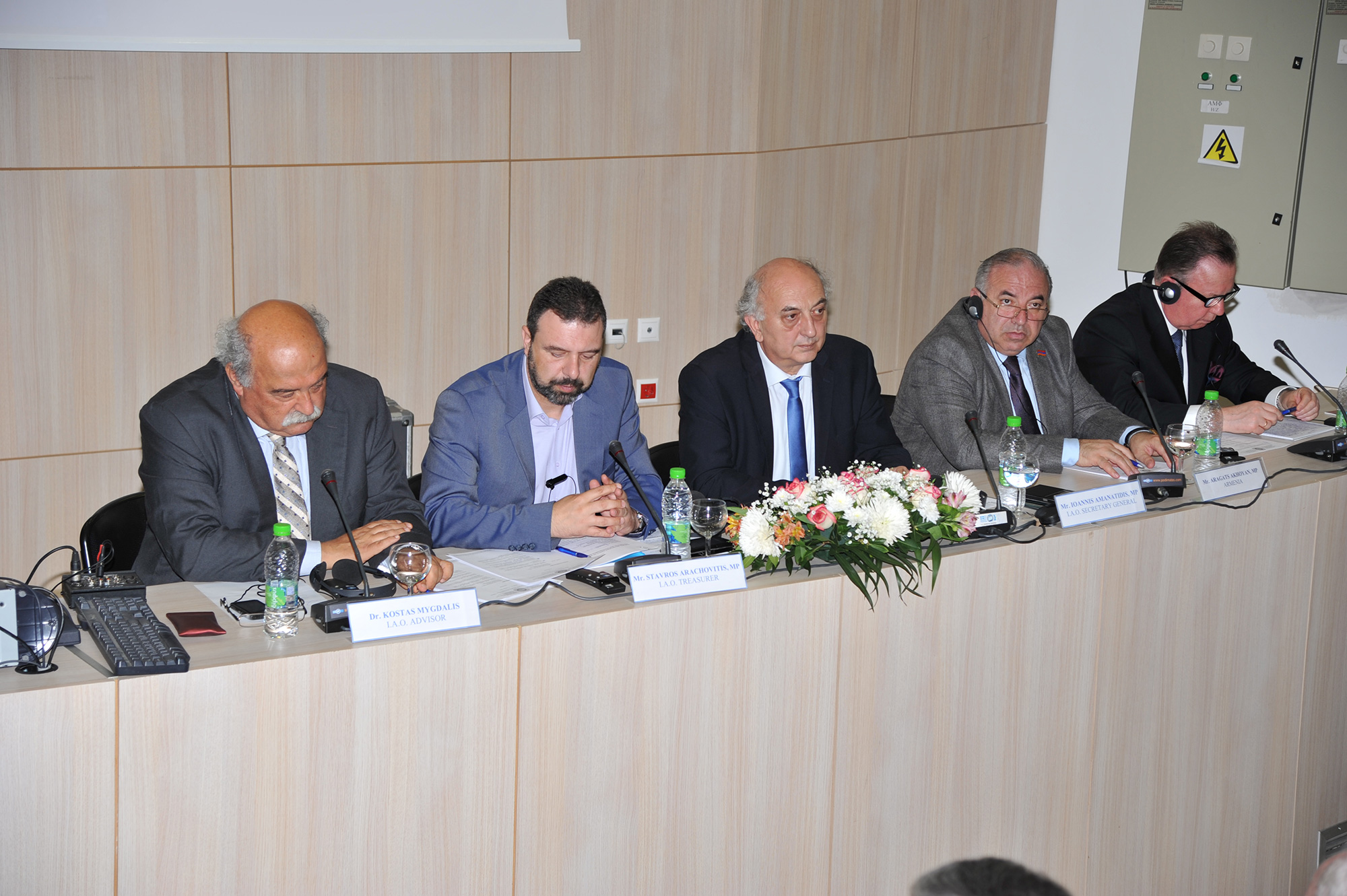 Mr. Stavros Arachovitis, MP, I.A.O. Treasurer and head of the organizational committee of the conference, during his speech he stressed the following: «…The small producers of our countries, producing quality products with labour and love, feel often unprotected and alone. Being sensitive to their anguish, certainly within our capabilities and limitations, we hope to contribute towards the assimilation and development of collectivity.
Those who benefit from developing initiatives of such kind, have a lot to gain from such a cooperation. In these difficult times, anything that unites us should be highlighted, while for anything that divides us, we should make every effort to resolve. This is perhaps also the ultimate objective of the Conference, a first step to record the current situation and further organization of a creative future for monastic products and small producers…».

The works of the conference were declared by Mr. Theophanis Kourempes, representative of the Minister of Rural Development and Food Mr. Evangelos Apostolou.
During the opening ceremony greetings were addressed by His Eminence Efstathios Metropolitan of Monemvasia and Sparta, Mayor of Sparta, Prefect of Peloponesse and the President of the Hellenic Confederation of Professionals, Craftsmen & Merchants (GSEVEE). In addition, a commendation was made by the I.A.O. Advisor to Fr. Epifanios from the Holy Cell of St. Efstathios Mylopotamos in Mount Athos on his work and his influence.
Speeches on the main subject were presented by representatives of Monasteries and small producers, as well as scientists specializing on certification issues and agricultural product handling.
Interventions on the main subject of the conference were presented by the participating parliamentarians – I.A.O members Mr. Aragats Akhoyan, Member of the Parliament of Armenia, member of the I.A.O. International Secretariat, Mr. Zakaria Kutsnashvili, Member of the Parliament of Georgia, Chairman of the I.A.O. Committee on Education, Mr. Petru Andea, Member of the Parliament of Romania, Member of the I.A.O. International Secretariat and the I.A.O. Advisor Prof. Valery Alekseev.
H.E. Bishop Varsonofios, Head of the Administrative and Economic dept. of the Ukrainian Orthodox Church of the Moscow Patriarchate, as well as representatives of Monasteries participated at the conference and expressed their views on the main subject of the conference. The Monasteries which participated at the conference: Monastery of St. Dionysios of Olympos, Nera Monastery, Romania, Dragomirna Monastery, Romania, Piperi Monastery, Montenegro, Žiča Monastery, Serbia, Priest monk Mikael Nummela of the New Valamo Monastery, Finland, Gygyn Monastery, Bulgaria, Oćestovo Monastery, Croatia, St. Hirakleidios Monastery, Cyprus, Panagia Chrysorroyiatissa Monastery, Cyprus, etc.
Finally, the I.A.O. undertook the responsibility to establish a committee, which will follow-up and configure proposals on the subject.

Sparta, 14 – 17 April 2016. Two-day Conference on the subject: «Monastery products and small producers in the Orthodox area. Joint effort and prospects». 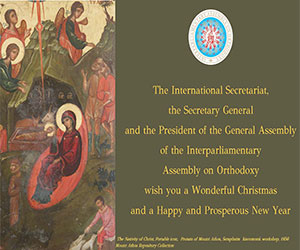 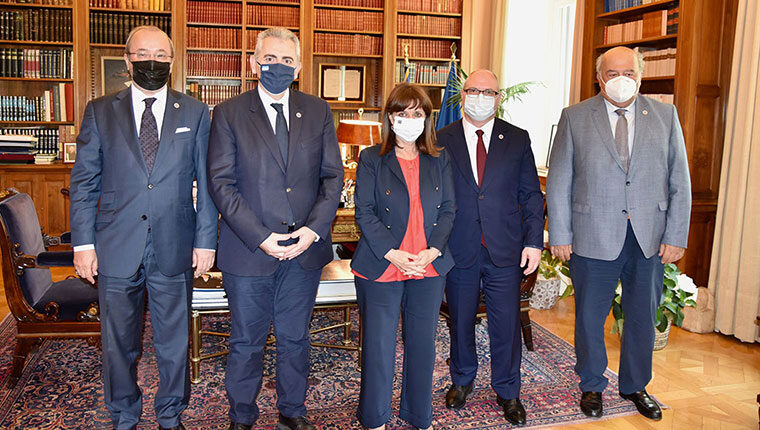 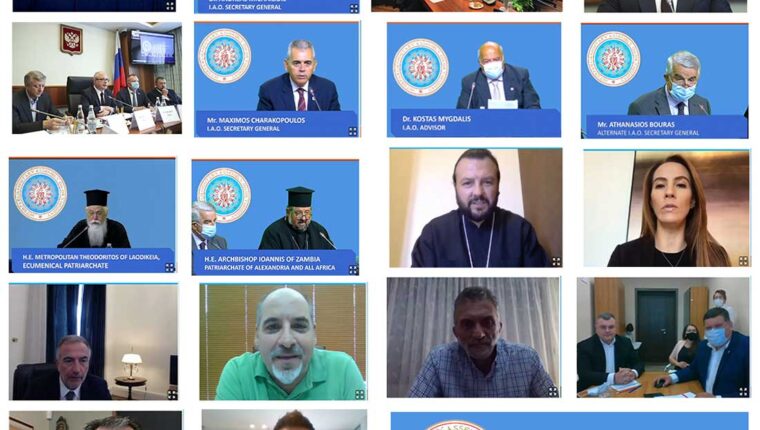 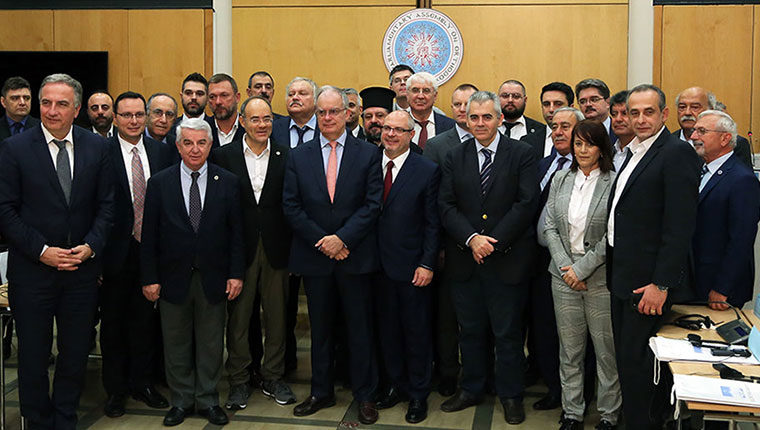 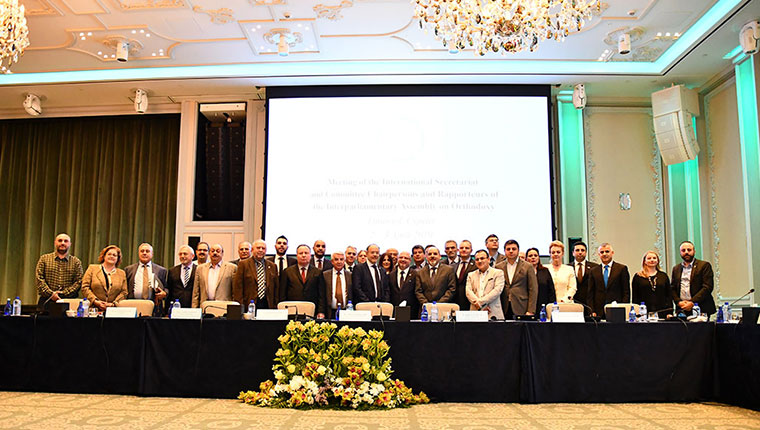 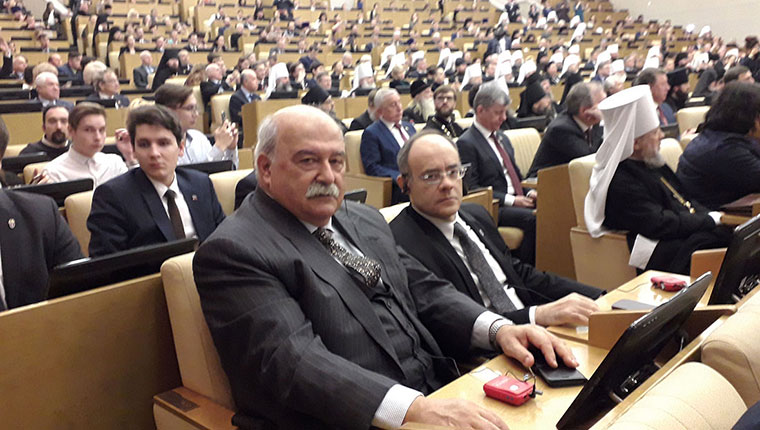 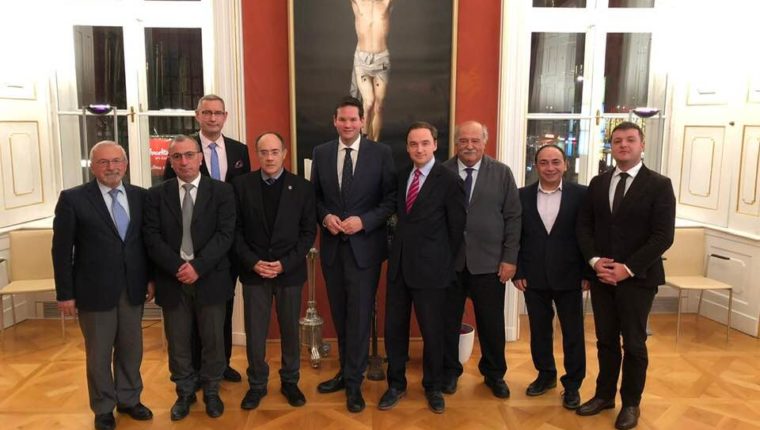 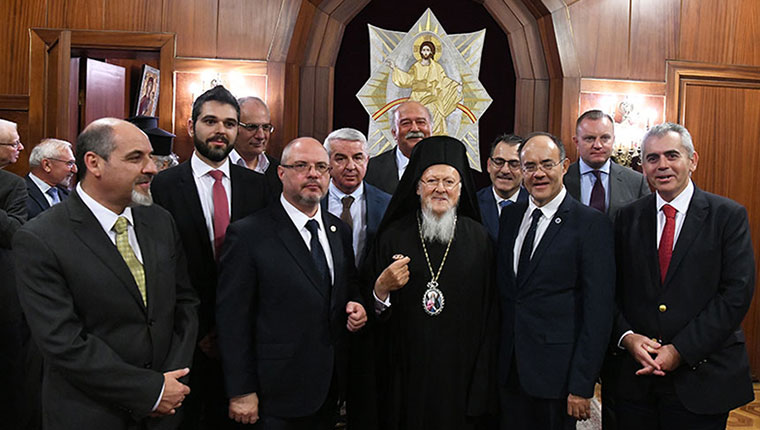 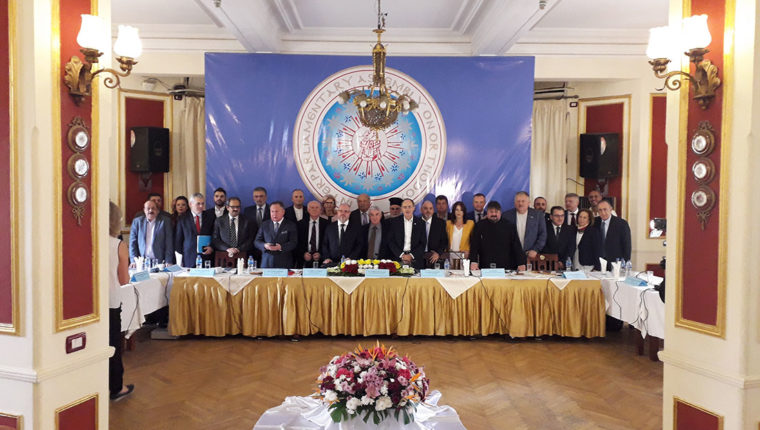 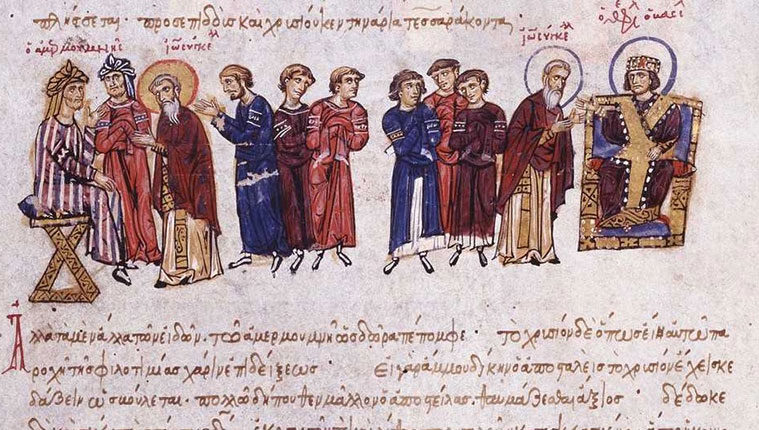 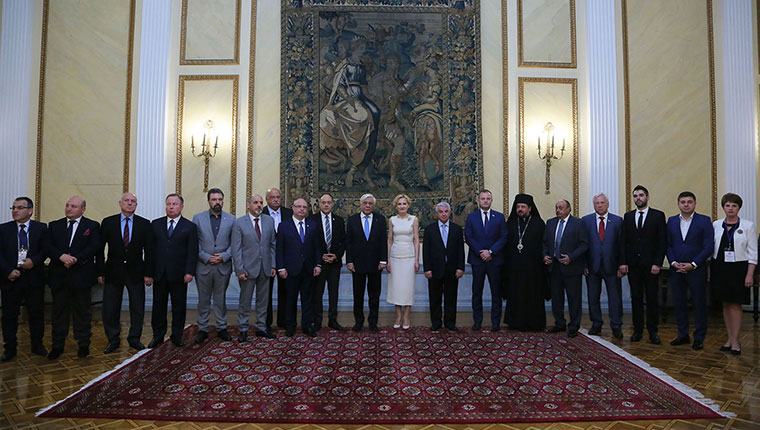 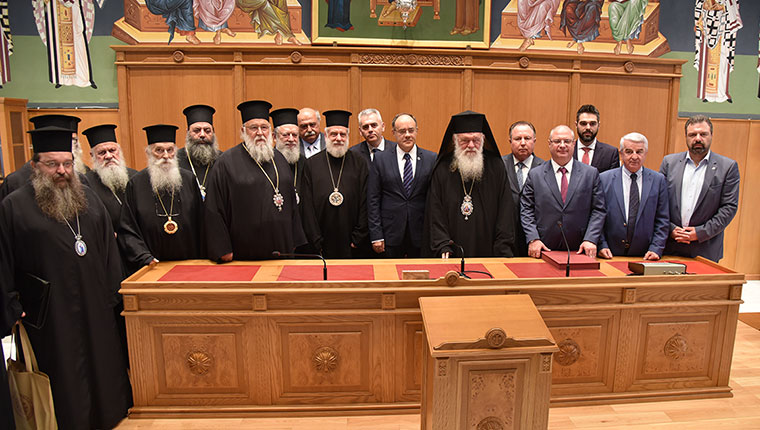 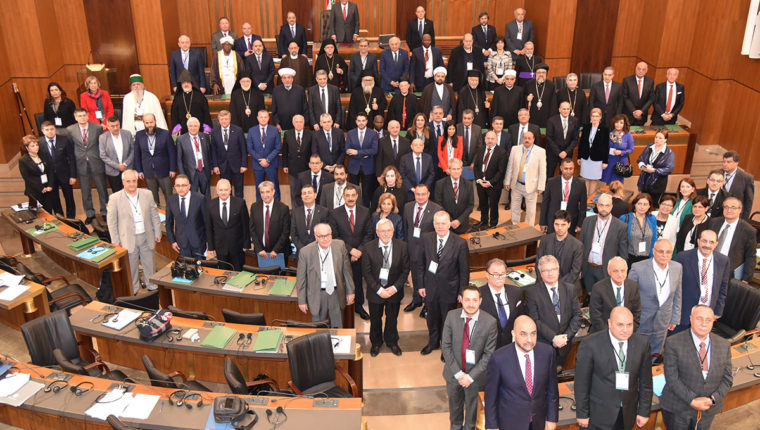 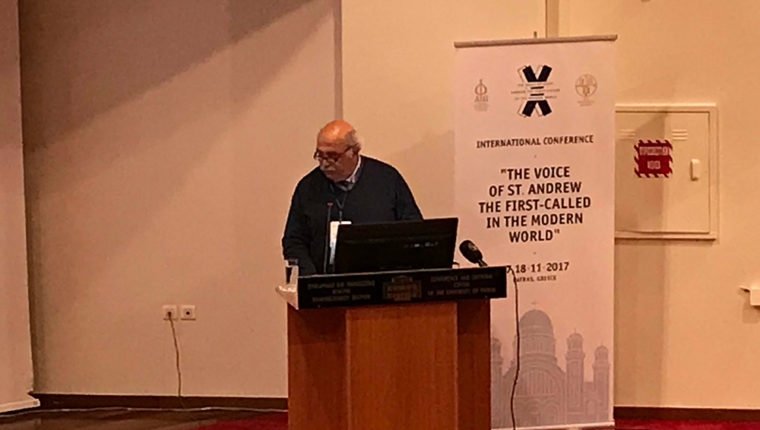 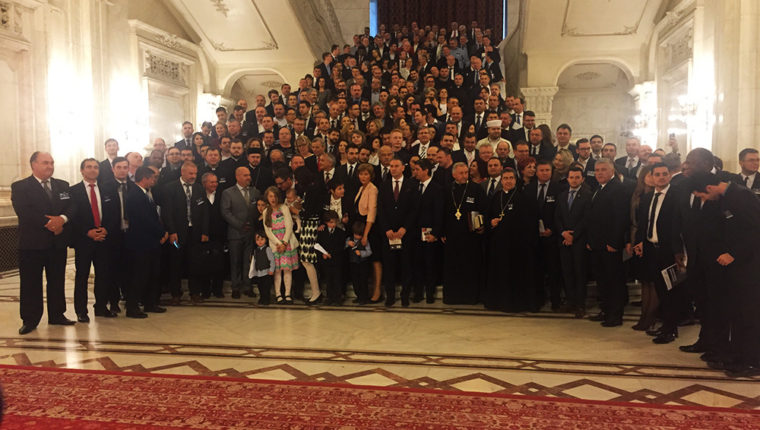 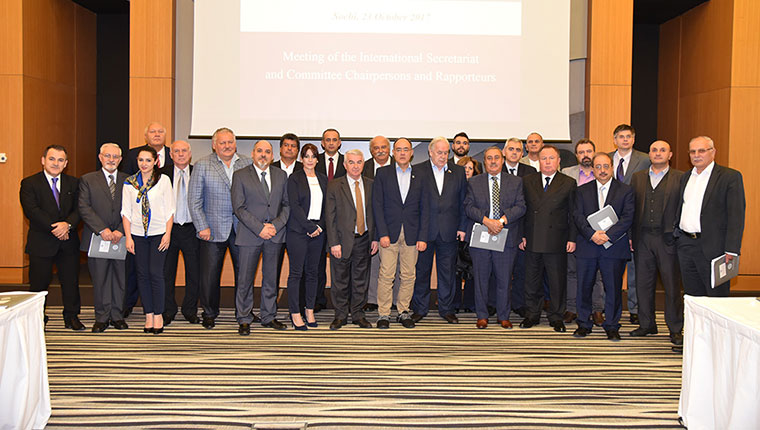