MEETING OF THE I.A.O. INTERNATIONAL SECRETARIAT AND COMMITTEE CHAIRPERSONS
CONFERENCE – SEMINAR WITH SUBJECT: «Christianity – Orthodoxy and the media in modern world» 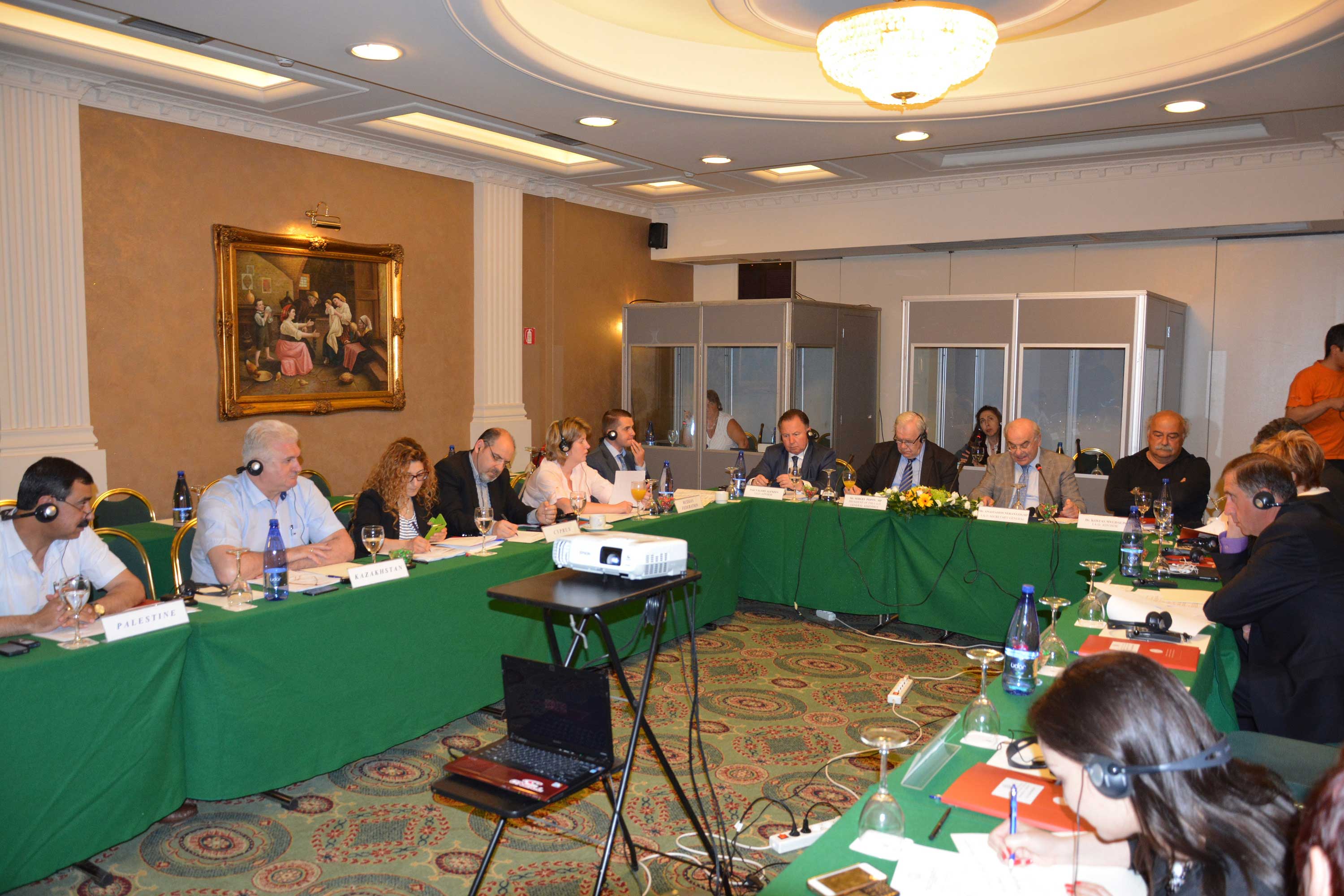 The I.A.O. International Secretariat and Committee Chairpersons held its regular meeting in Thessaloniki, Greece, 10 – 12 May 2014, where previous activities were evaluated and future activities were discussed.

On Monday 12 May, the works of the international conference with subject : «Christianity – Orthodoxy and the media in modern world» were opened.
The conference participants elaborated and discussed issues related to reporting and information in the field of news of ecclesiastic nature and the manner of their distribution.
The conference was called to display the existing problematic on the topics and type of news broadcast by the Media in the field of religions, the rules and code of ethics governing such news and, in parallel, to look into issues related to worship and new technologies. The second day was dedicated to seminar-like discussions on similar topics.
The works of the conference were held in the Educational and Cultural Foundation «St. Gregory Palamas» in Pylea.
Members of Parliaments from different countries of the world, journalists mainly from the religious field, members of the academic community and staff of Press Offices of Churches and Metropolises of all Orthodox Churches, and Patriarchates, as well as of the ancient Eastern Churches, participated at the conference. 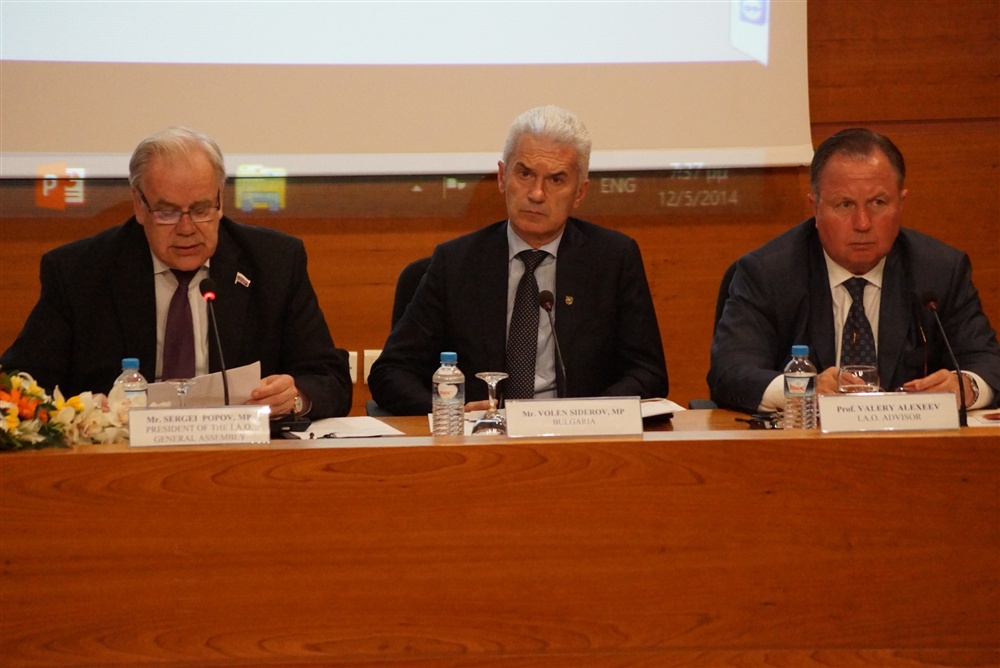 The program of the conference – seminar 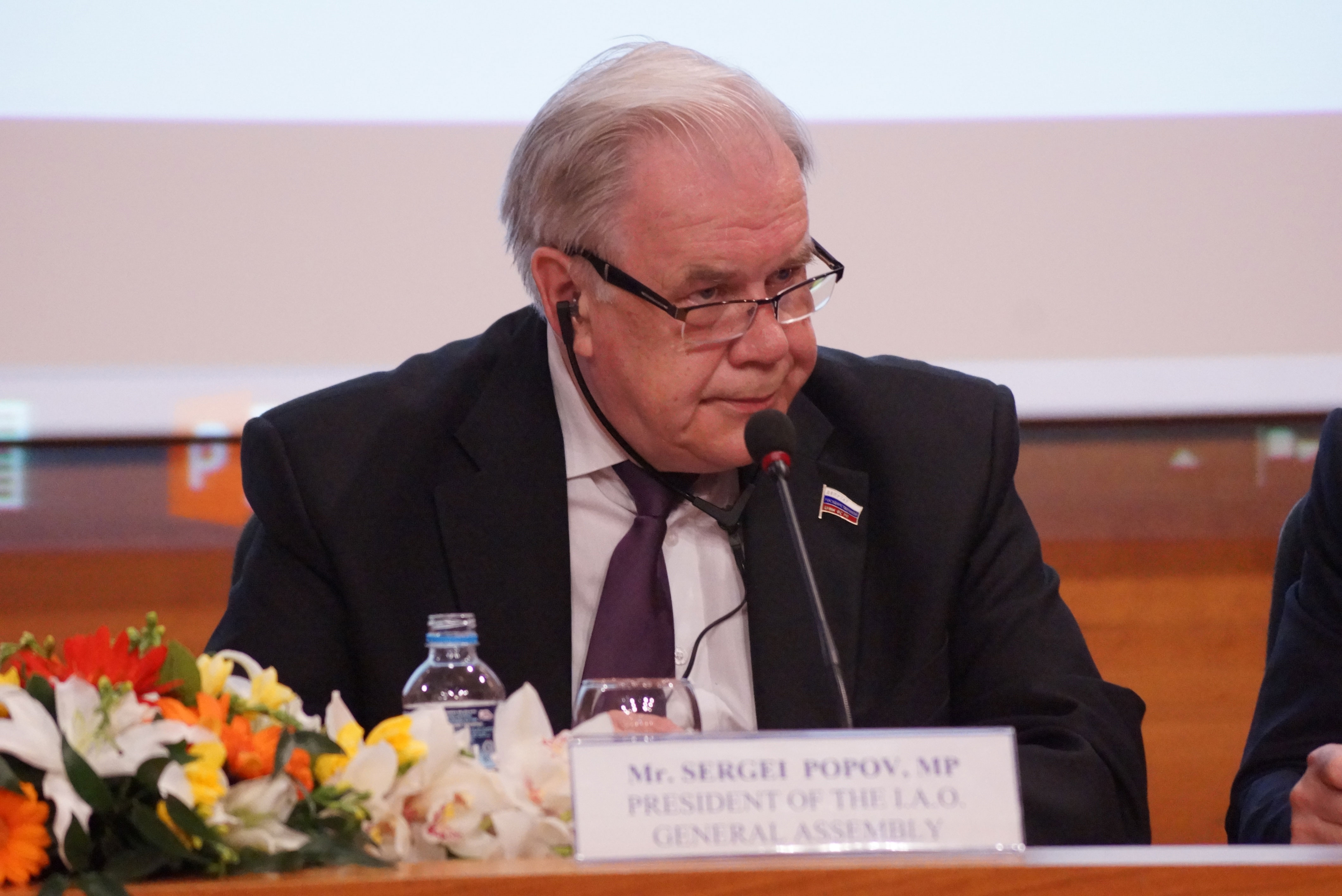 «…The subject selected for our Conference, which is organized by the I.A.O., is more relevant than ever, the same as the location where it takes place – the marvelous city of Thessaloniki. In the course of time, the media play an ever increasing role in the life of humankind, whereas in the field of politics today their impact on people’s mind is unlimited, and in a series of cases they are comparable to the wars of past centuries. Even the term ‘cyber wars’ has appeared. The media can create a new ideal and a new image of the enemy.
However, we are particularly alarmed by the fact that an unprecedented attack against our spiritual and cultural values has been launched….At the same time, we see how numerous tragic events happening in the world are being concealed.
Objectiveness is being sacrificed for the sake of the circumstances. Spiritual priorities are replaced by excessive promotion of anything vulgar; and the most regrettable is that acquittal of Nazism and fascism is encouraged.
Christianity’s purpose is to heal the wounds of humanity, while several media abuse these wounds and in every possible manner prevent their healing, playing with people’s love for scandals, their interest in the secrets of celebrities’ private life and scandalous disclosures etc; thus, the winners in the hunt for the highest reading rates are those who managed to occupy part of the ‘information field’ before the others and create a target-audience that ‘lives’ there, and sometimes just by corrupting people…”.

His All Holiness The Ecumenical Patriarch Bartholomew 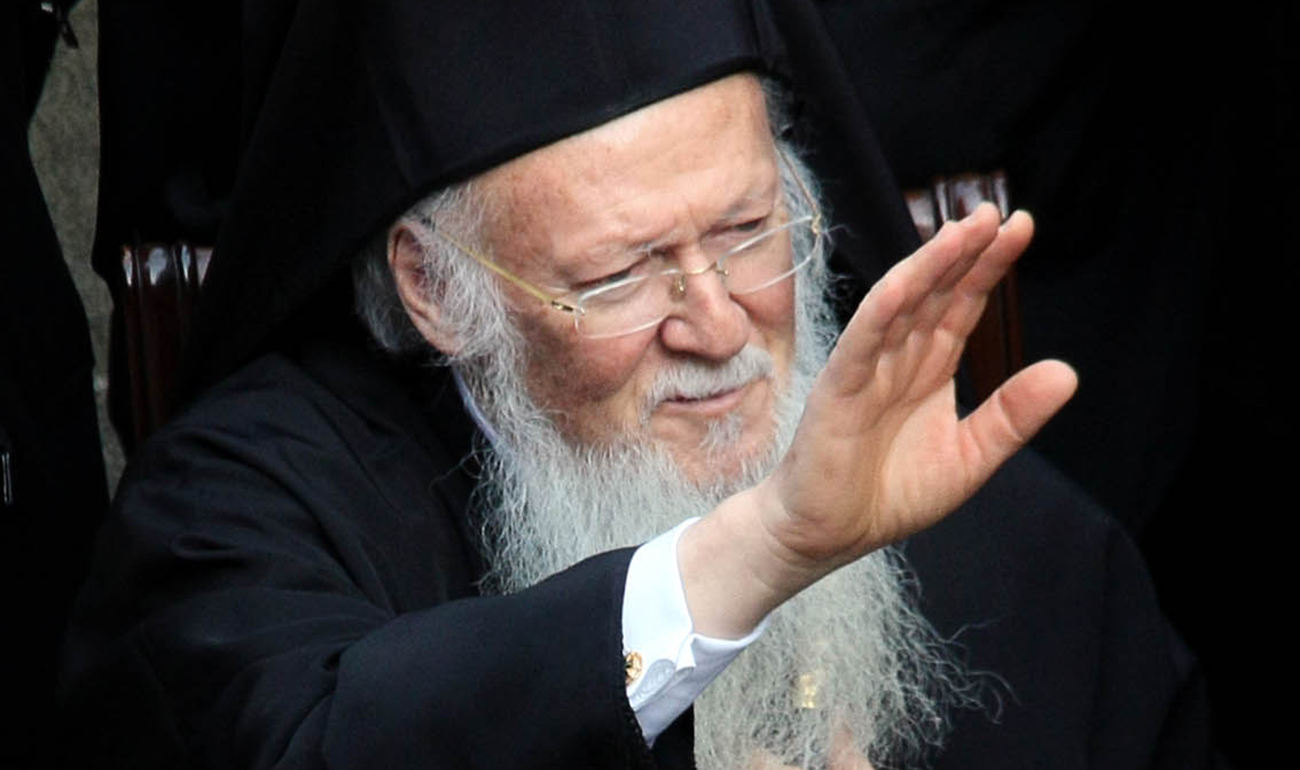 «…It is true that the approach of the Orthodox Church is normally very little promoted on secular, rather than spiritual matters, and particularly on issue concerning the mass media. Therefore, there is always room for increasing the presence and presentation of Orthodoxy, especially in countries with a significant number of baptized Orthodox Christian residents. Moreover, there is much room for improving the objectivity with which matters related to the Orthodox Church are promoted. Of course, as a result of the properly prevailing freedom of an editor or journalist in the mass media with regard to issues being promoted or presented, no one can impose any legal restrictions, nonetheless various levels of regulation can be adopted in order to defend their objectivity and prevent the misleading submission of events and ideas.
We appreciate the difficulty that this involves, but we fervently hope that you will carefully study and meticulously analyze all aspects of this subject so that your proposals and resolutions may contribute to the better use of the mass media and objective information of the wider public…». 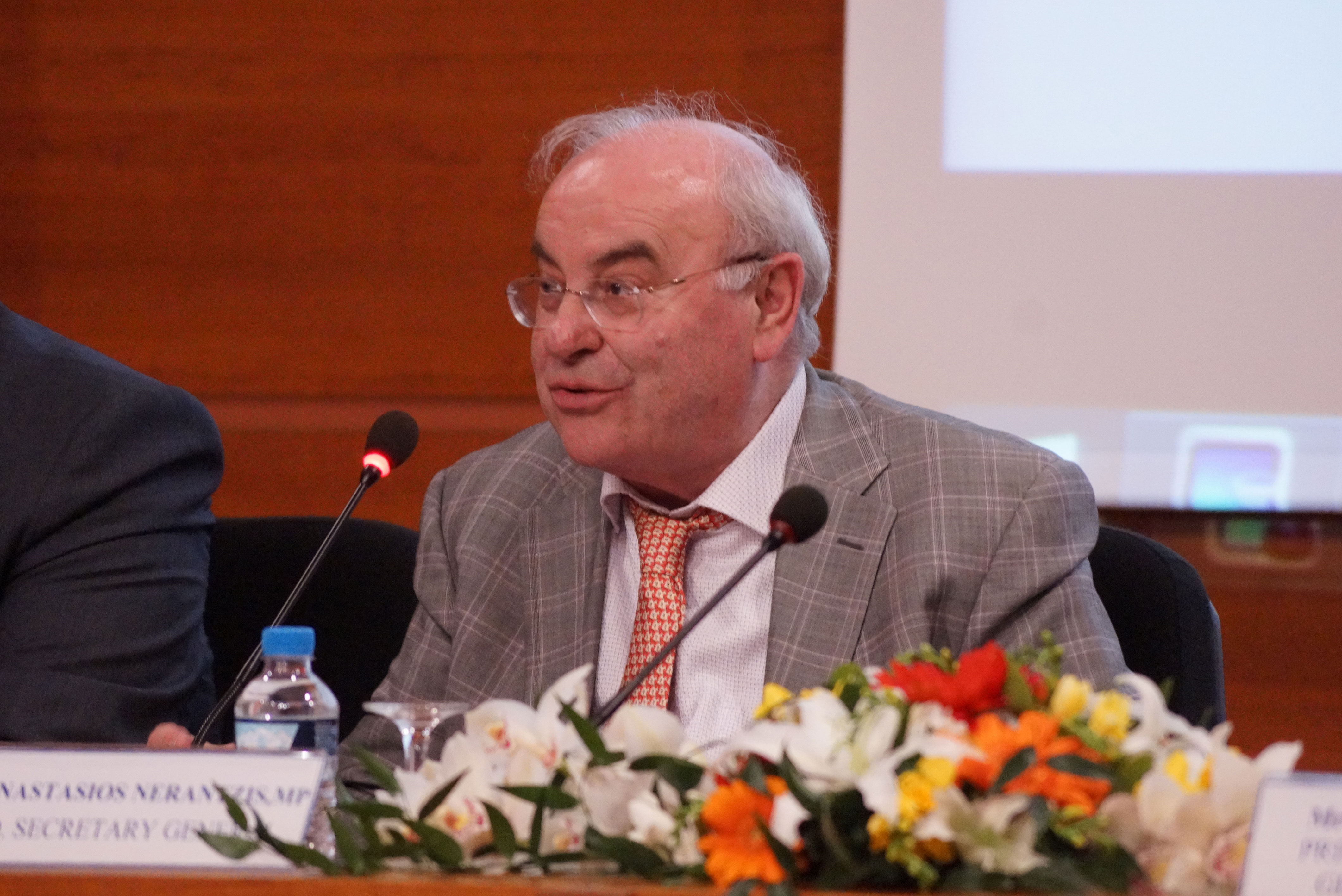 «…All spiritual powers (church and secular ones) must rally to recover or acquire spiritual authenticity, for self-consciousness, over what is fake and what is real, over which element has the mandate to save and which to ruin. Finally, over what is a simple (almost mechanistic) social function and what is a pure spiritual stance… In this era of the almighty media, these are not merely a school for citizens, but also a prison for society. Equality, justice, adherence to truth, accuracy, conciliation, avoidance of violence, ostracism of exacerbation of passions, are principles that maintain the backbone, both of Christianity and the media, which may and ought to work together in harmony. It is true there is no place where these principles apply absolutely and indeed all together. Nevertheless, the stake is to restrict their intensity and extent here, too, thus serving both information and Christianity…».

His Eminence Ierotheos, Metropolitan of Nafpaktos 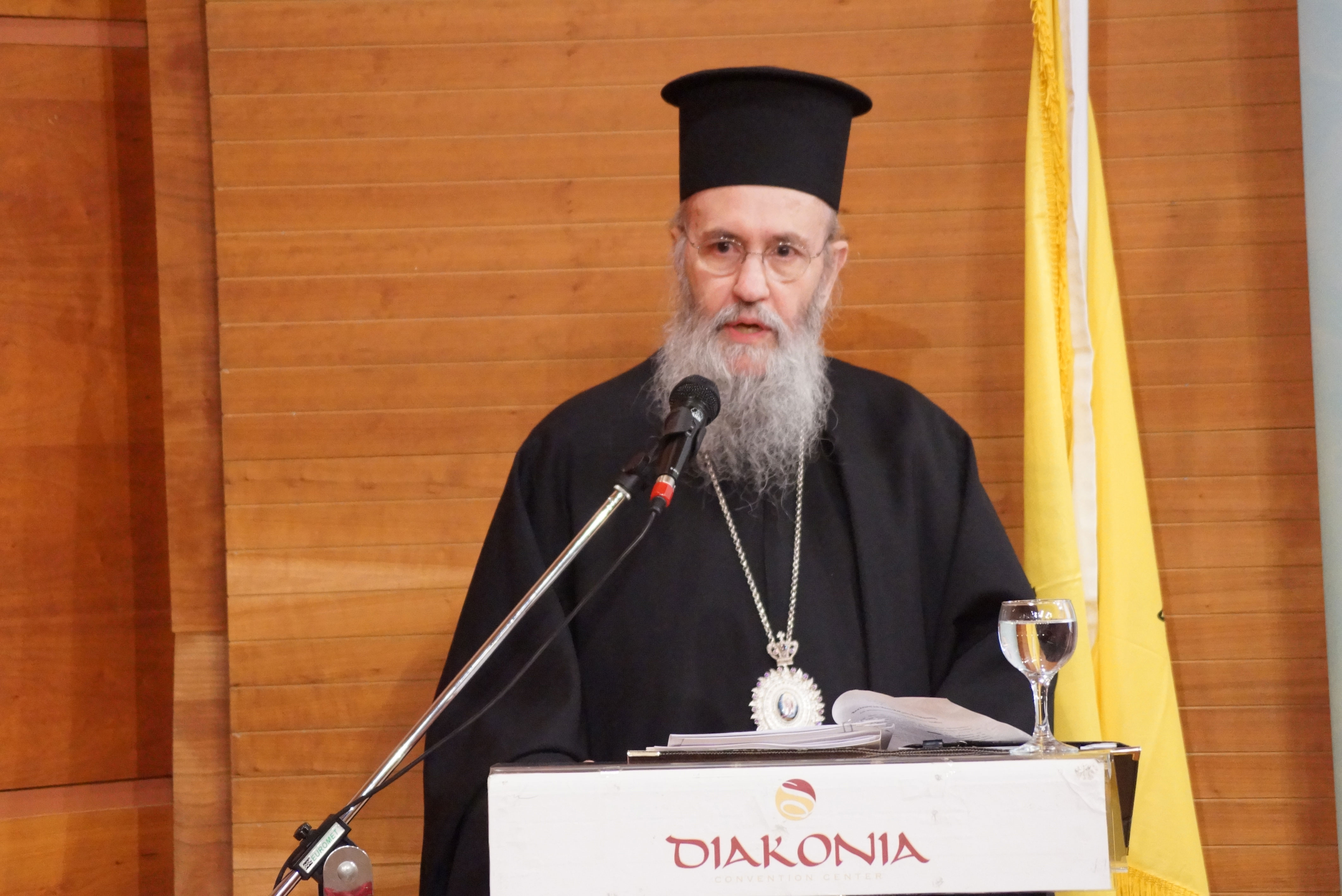 «…In general, I believe there are three strong stances that one could possibly adopt vis-à-vis the contemporary Communication-Information Media. The first is their “deification”, when the media are considered as absolute and divine properties are attributed to them, as it was recently done for Google, when some Americans founded the “Church of Google” because the volume of information held therein brings it closer to God. The second stance is to “demonize” them, when they are viewed as demonic media, the source of all evil in society. And the third stance is their good use, when they are deemed to be gifts from God, as tools for the sound organization of society, and the ultimate purpose is for man to dominate over the media and the whole creation and not be turned into their slave.».