Resumption of Activities of the Parliamentary delegation of the Republic of Georgia to the I.A.O. 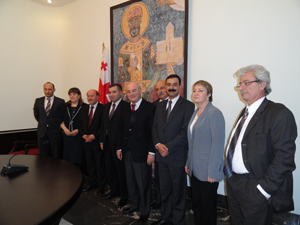 A delegation of the Interparliamentary Assembly on Orthodoxy (I.A.O.) headed by the Alternate Secretary General Mr. Anastasios Nerantzis, and with the participation of the Head of the Greek Parliamentary delegation Mr. Michail Pantoulas, the Member of the Palestinian Legislative Council Mr. Fuad Kokaly, the Member of the House of Representatives of Belarus Ms. Galina Polyanskaya and the I.A.O. Advisor Mr. Kostas Mygdalis, visited Tbilisi, 7 – 9 February 2011, in order to discuss the resumption of activities of the Parliament of Georgia to the I.A.O. 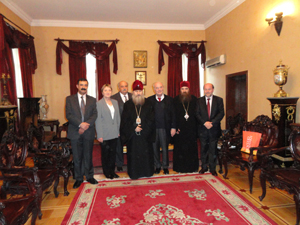