I.A.O. visit to Tbilisi
Joint meeting of the I.A.O. Committees on Culture and Education
One-day conference with subject: “Education and Culture; key elements of the Orthodox tradition»

The visit of the delegation of the Interparliamentary Assembly on Orthodoxy (I.A.O.) headed by the I.A.O. Alternate Secretary General Mr. Ioannis Amanatidis and in presence of the representative of the President of the I.A.O. General Assembly Mr. Sergey Scheblygin, to the Parliament of Georgia, has been successfully completed. The visit was realized in the framework of the joint meeting of the I.A.O. Committee on Culture and Education. Members of Parliaments from Georgia, Albania, Armenia, Bulgaria, Jordan, Moldova, Serbia, Croatia and from Greece the Rapporteur of the I.A.O. Committee on Education Mr. Athanasios Bouras, participated at the joint meeting.
The agenda of the joint Committees meeting, included discussion on the 2nd international photo contest with subject: “Destruction of monuments in Christian East”, the continuation of the signing process of the declaration of the Ministers of Culture of I.A.O.’s member-states, the final version of the text of declaration of the Ministers of Education of the I.A.O. Member-states, as well as other issues of interest.
Moreover, the participating Members, realized a visit to the Patriarchate of Georgia, where they had a meeting with His Beatitude Ilia II, Patriarch of Georgia. 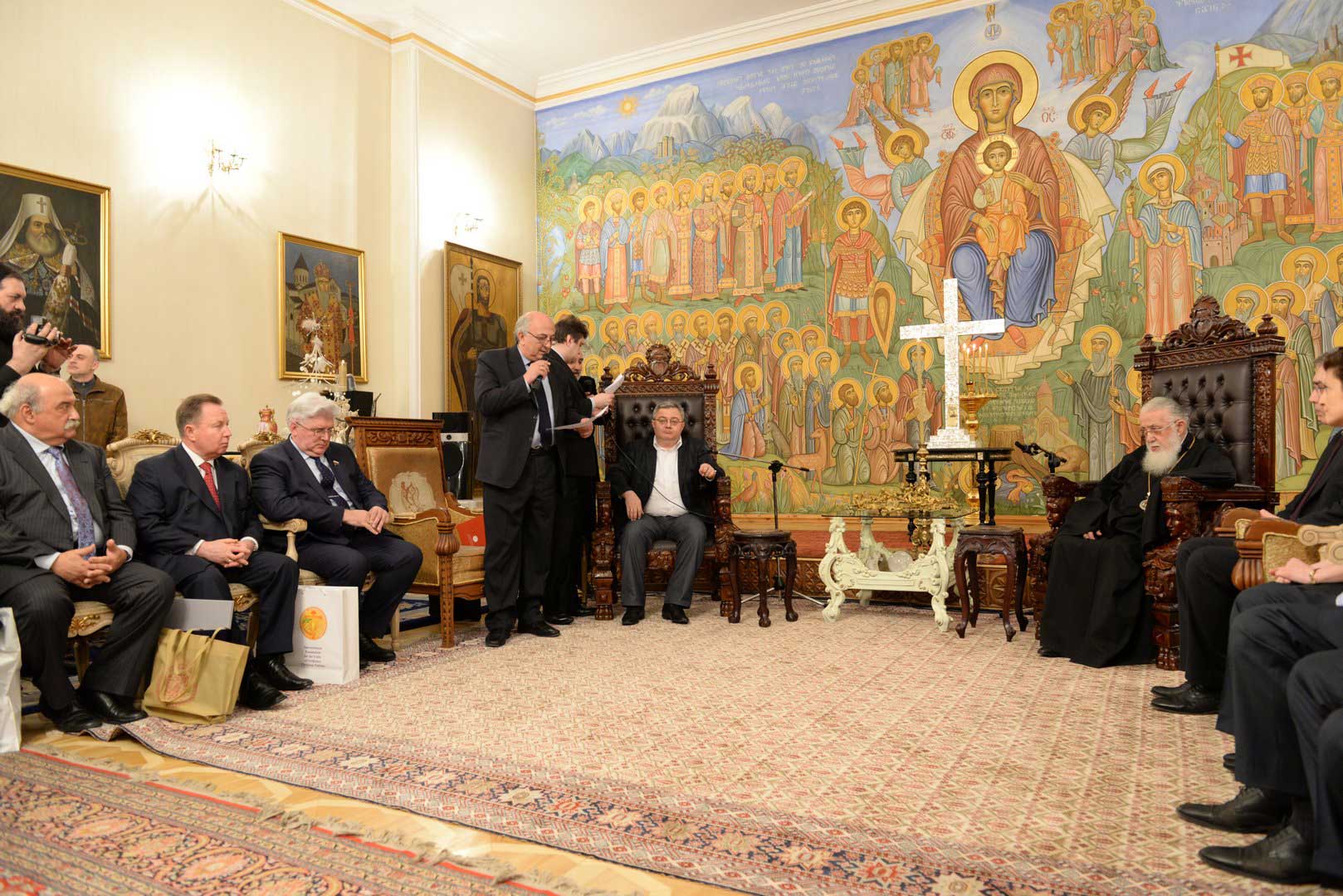 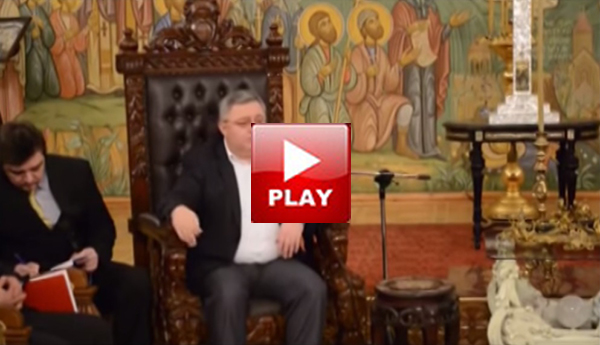 A distinctive event was the reception offered by the Patriarch of Georgia, with the participation of the Holy Synod, the Chairman of the Parliament of Georgia Mr. David Usupashvili, members of the Cabinet, Members of the Parliament, Professors etc., as well as the favorable reception the I.A.O. delegation received at the Holy Trinity Cathedral during the Divine Liturgy on Palm Sunday.
On Monday, 6 April 2015, in cooperation with the Parliament of Georgia, the I.A.O. organized a one-day conference with subject: «Education and Culture; key elements of the Orthodox tradition». 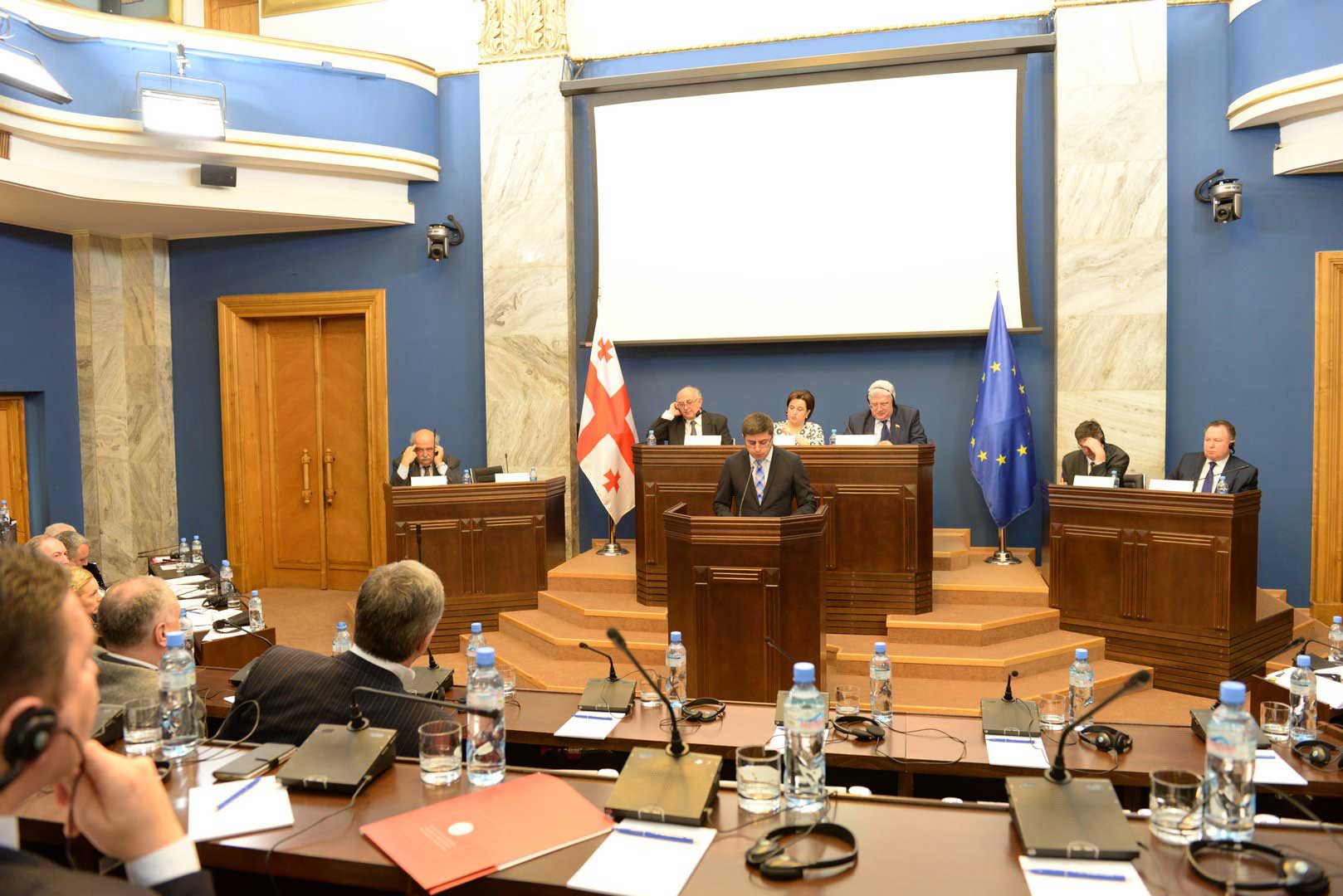