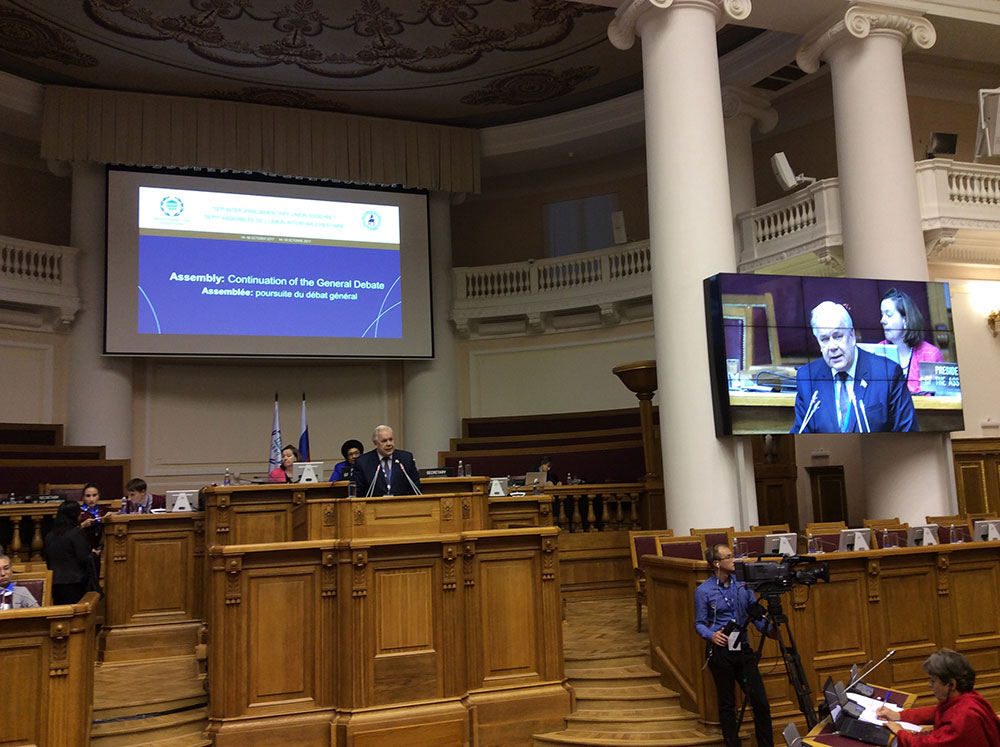 The President of the I.A.O. General Assembly Mr. Sergey Popov, Member of the Federation Council of the Federal Assembly of Russia participated to the 137th Assembly of the Interparliamentary Union (IPU), held in St. Petersburg, 14 – 17 October 2017.
Mr. Popov, addressed the Assembly on behalf of the I.A.O. and presented a speech on the main subject of the General Debate: “Promoting cultural pluralism and peace through interfaith and inter-ethnic dialogue”. In his speech, Mr. Popov, said inter-alia: “Dear Colleagues, I would like to convey to you that the Interparliamentary Assembly on Orthodoxy for the past 24 years, has sought to contribute towards consolidation of positions, views and policies and the interpretation of social affairs, which have as their starting point, promotion of mutual understanding and peace through inter-religious dialogue and positive determination of relations between politics and religions”. 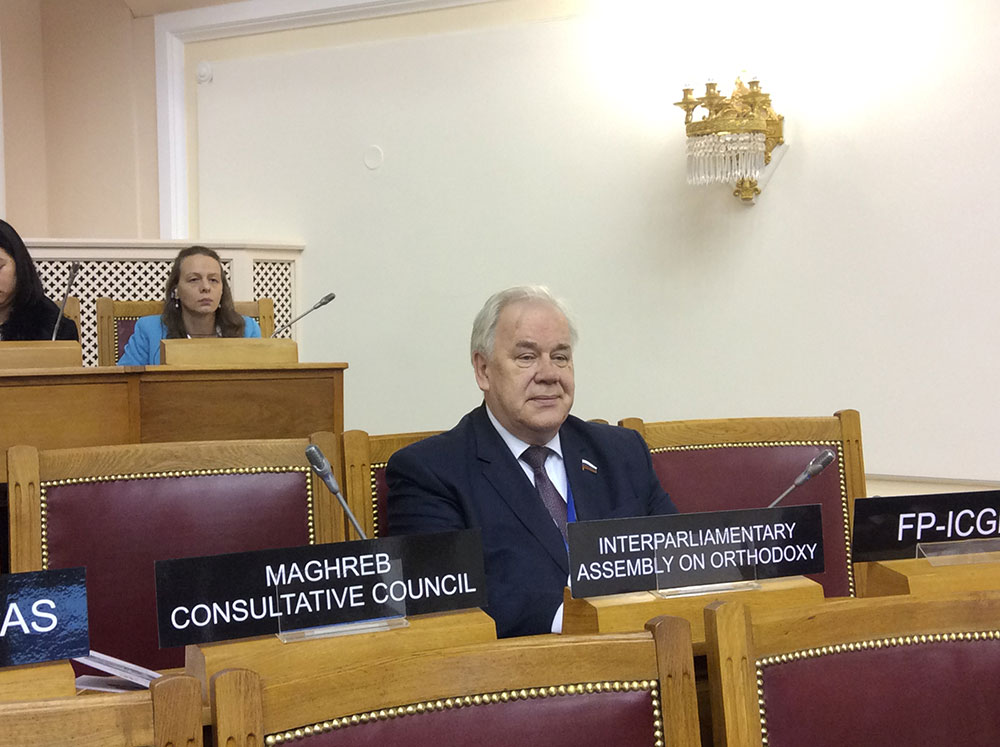 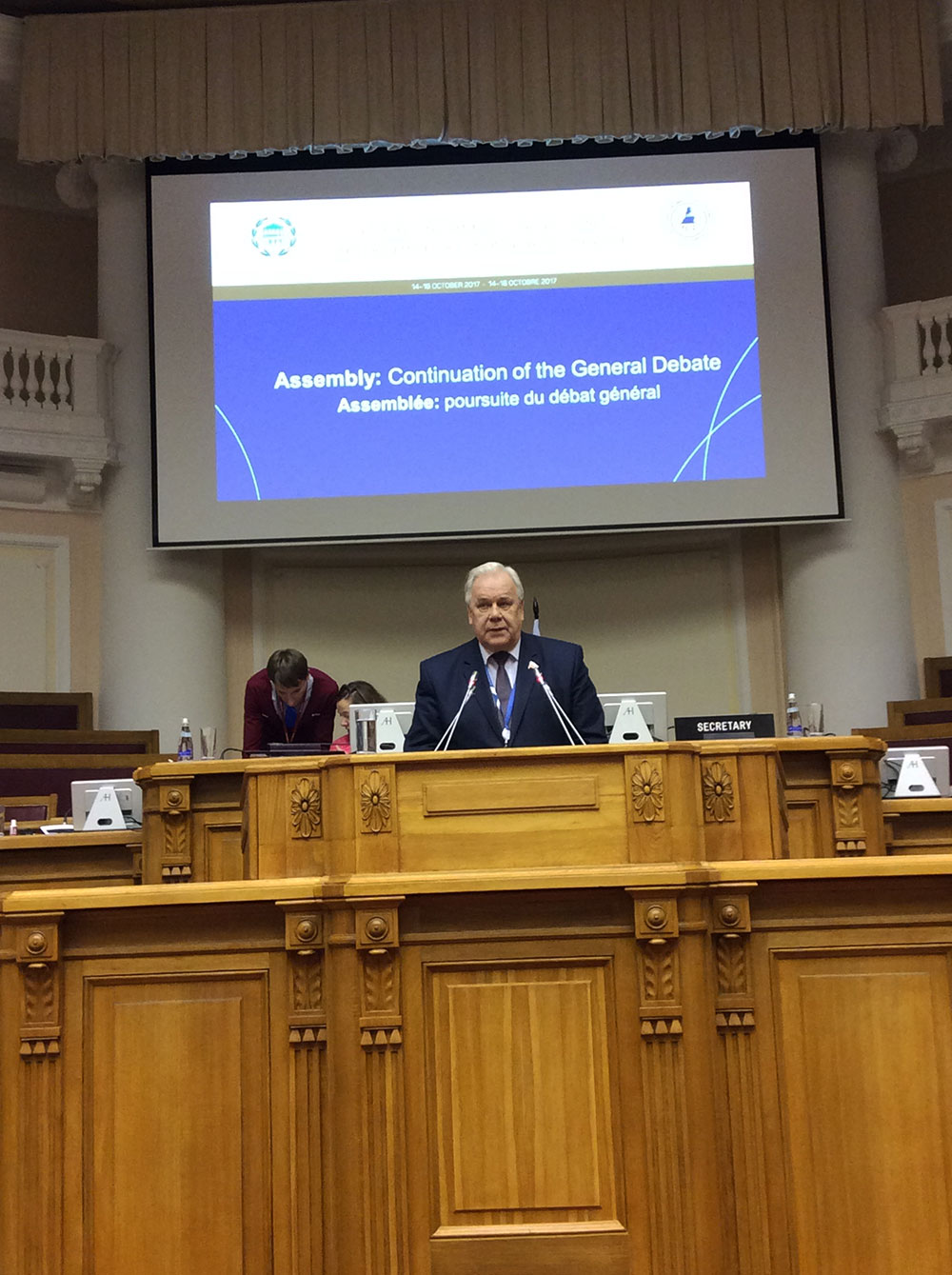