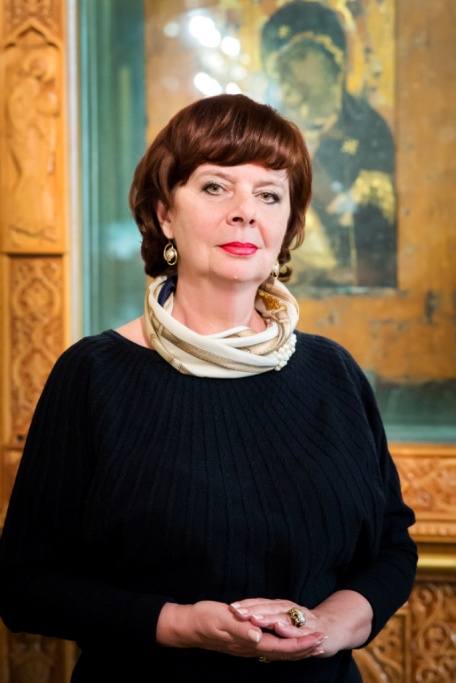 She was born on August 21, 1950 in Moscow, Russia.
In 1967 he graduated from a Secondary School.
From 1967 to 1972, she studied at Moscow State University of M. B. Lomonosov, at the history department, at the seat of the History of Art.
In 1972 she received her diploma in the specialty of “Critic and Art Historian”. In 1972 he began working at the State Tretyakov Art Gallery, where he works until today. Since 2009 he has been head of the Department of Ancient Russian Art at the State Tretyakov Art Gallery.
She has authored numerous publications, devoted to ancient-Russian art surveys and religious art of the Synodal period.
In 2007 she awarded with the medal on the occasion of 850th anniversary of Moscow.
In 2008 awarded from the Russian Orthodox Church the distinction of St. Euphrosyne II.
In 2012, she was proposed to State Prize of the Russian Federation as one of the authors of the catalogue “Andrei Roumpliof”.