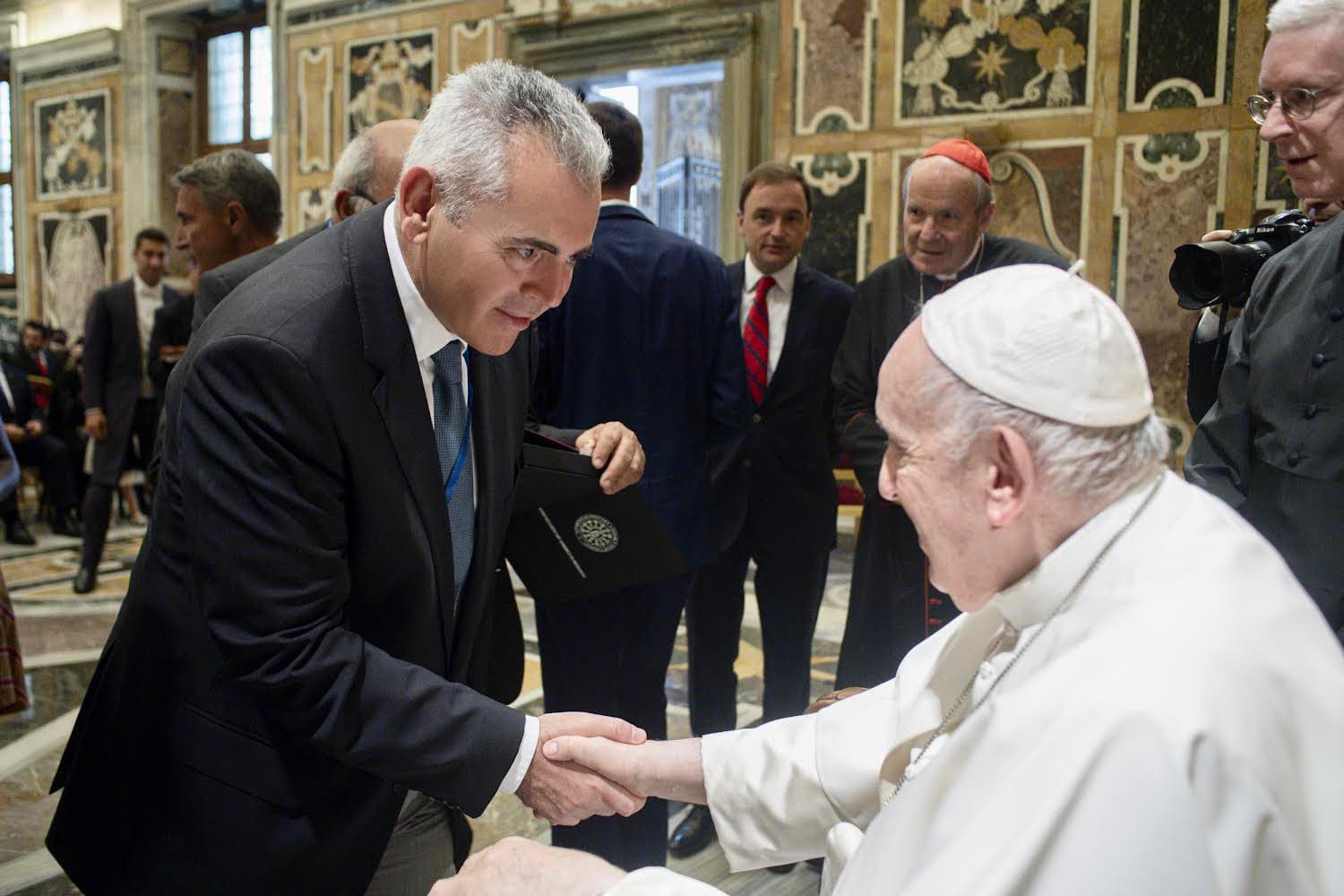 The Secretary General of the Interparliamentary Assembly on Orthodoxy (I.A.O.) Dr. Maximos Charakopoulos accompanied by the I.A.O. Advisor Dr. Kostas Mygdalis and the Liaison of the I.A.O. with Catholic Institutions Mr. Virgilio Avato, visited the Holy See in the Vatican City, during the audience of the leadership of the International Catholic Legislators Network (ICLN) with H.H. Pope Francis. The Head of the I.A.O. informed Pope Francis on the I.A.O.’s international campaign aiming at raising awareness of the public opinion on the issue of converting the Hagia Sophia Church of Istanbul into a mosque. During this meeting, the head of the interparliamentary institution handed the Italian version of the Volume to the Primate of the Roman Catholic Church. In fact, among the 37 historical emblematic churches dedicated to the Wisdom of God, from Scotland to China included in the Volume, there are 6 Catholic Churches located in Italy. At the same time, Pope Francis was informed about the great success of the presentation of the Volume in Venice that took place in the context of the 24th International Byzantine Studies Congress, but also about the upcoming special performance of the I.A.O. on Hagia Sophia, on the sidelines of the 11th General Assembly of the World Council of Churches (WCC), at the beginning of September, in Karlsruhe. Before departing the Vatican, the I.A.O. Secretary General made the following statement: “We had the opportunity, during the audience with the primate of the Catholic Church, to inform him about the international campaign the I.A.O. has been conducting for two years against the arbitrary decision of the Turkish leadership to convert the Hagia Sophia Church into a Muslim mosque. In this context, we presented to Pope Francis the Volume published by the institution for the Churches of the Wisdom of God around the world, with the aim of awakening the global community and the joint coordination of the Churches, international organizations, governments and ordinary citizens in order to reinstate historical truth. We must not allow the return back to intolerant practices, where the injustice of power prevails over the power of law. In order to achieve this sacred goal, it is important to exercise the influence of personalities of international prestige, such as Pope Francis. If we are not alarmed, the beautiful Church, a symbol of universal Orthodoxy, will be in danger of irreparable damage from its reckless use as a mosque”. 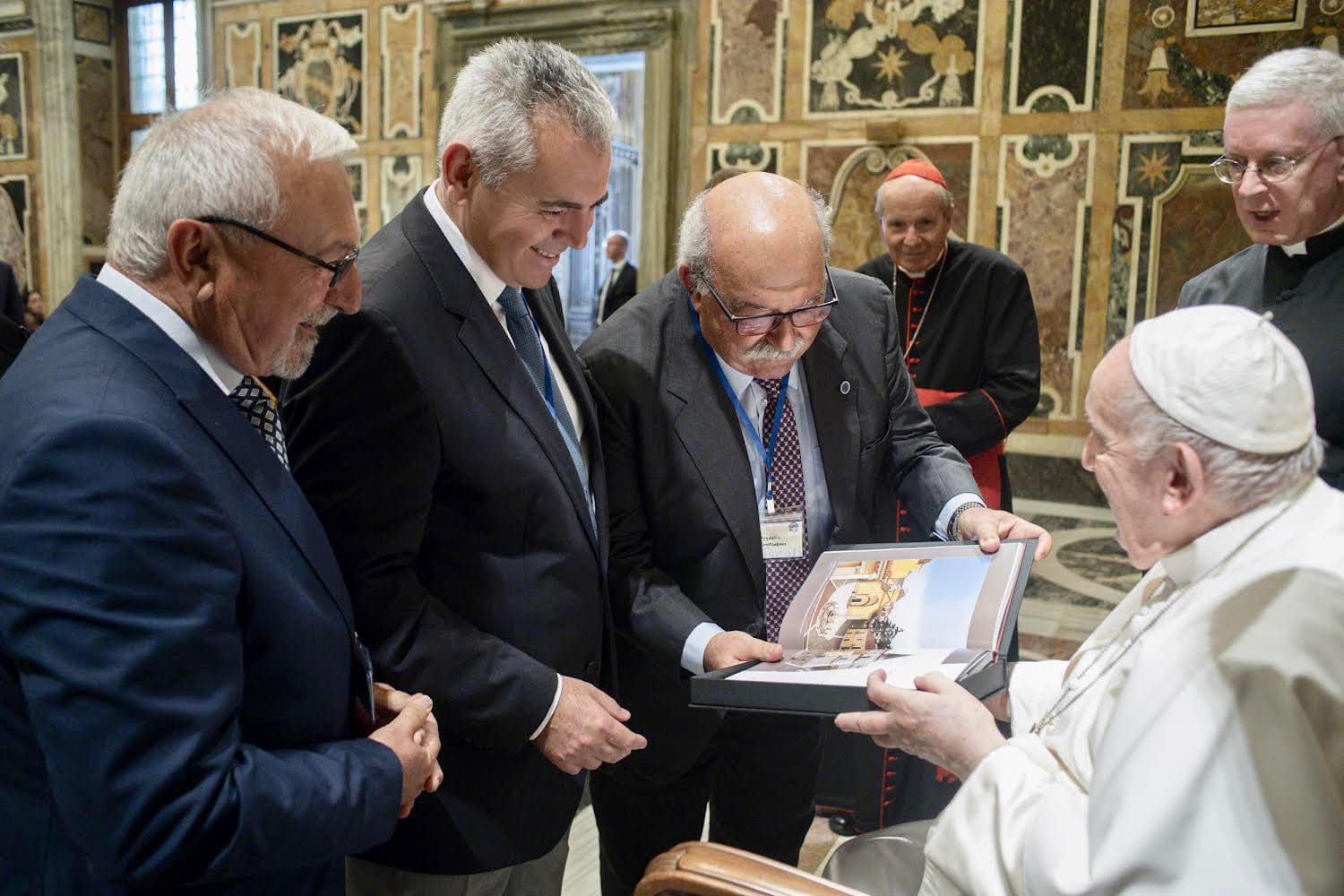