Following an invitation from the Romanian Parliament, a delegation of the Interparliamentary Assembly on Orthodoxy (I.A.O.), headed by the I.A.O. Secretary General, MP Mr. Anastasios Nerantzis, accompanied by the I.A.O. Advisor Dr. Kostas Mygdalis, participated at the Romanian Prayer Breakfast.
The aforementioned annual event provides a great opportunity to politicians, ecclesiastical, academic and other personalities of Romania and Europe for meeting and dialogue.

The Executive President of the Romanian Ecumenical Prayer Group, Member of the I.A.O. International Secretariat Mr. Petru Andea, declared the opening of the works. Members of the Romanian Parliamentary delegation to the I.A.O. participated at the event. Mr. Nerantzis, representing the I.A.O. presented a speech during the debate with subject: “State and Church – common mission for peace and reconciliation”. 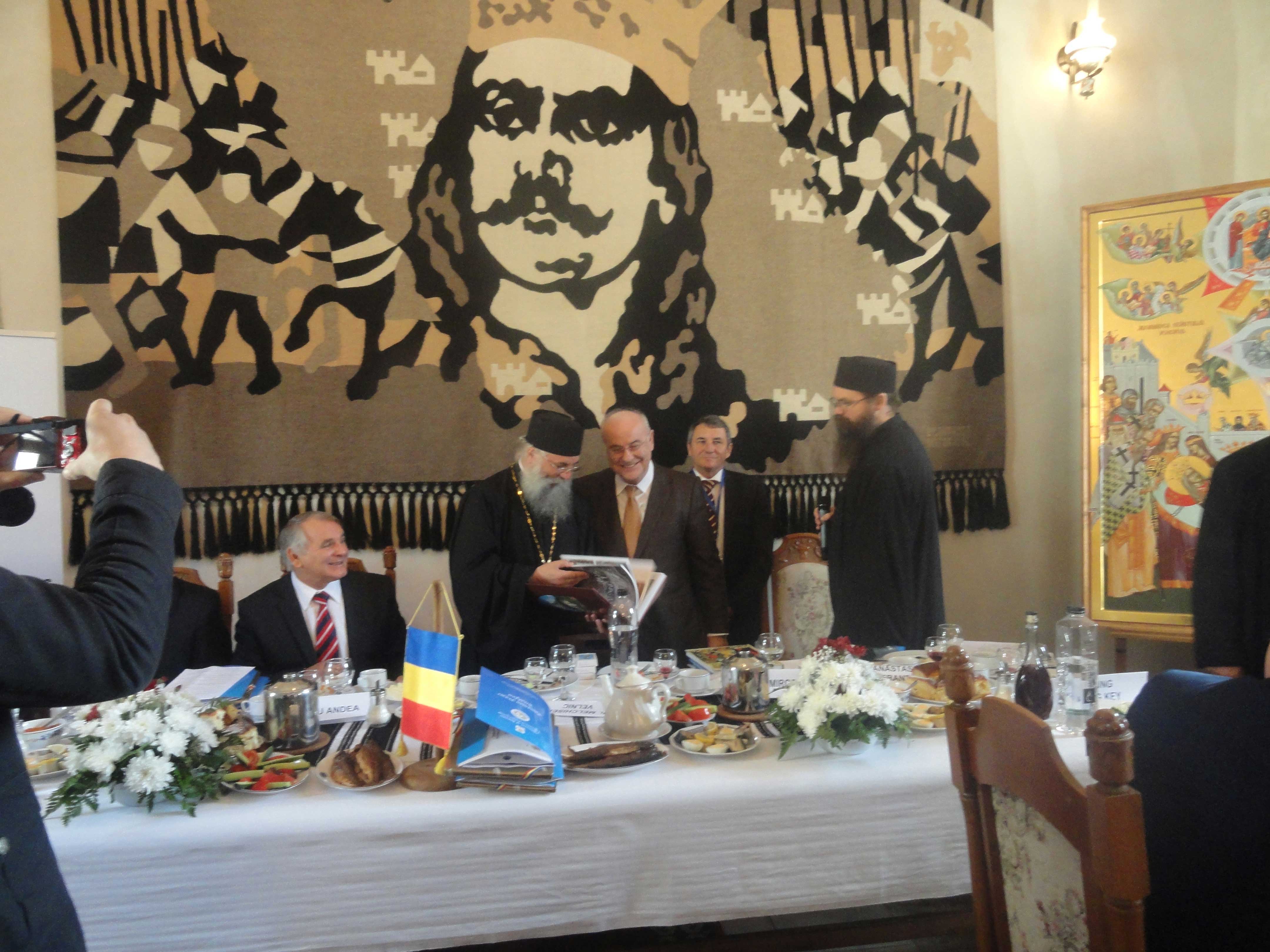 The program of the event was concluded with a pilgrimage visit to the numerous and historical Holy Monasteries of the Romanian countryside.