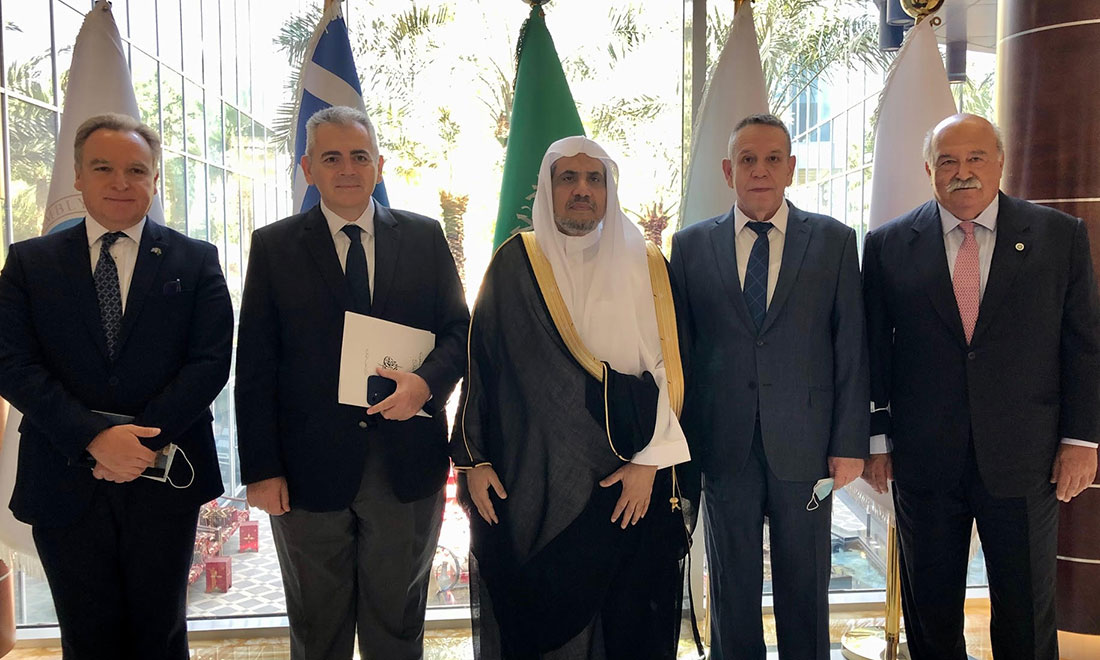 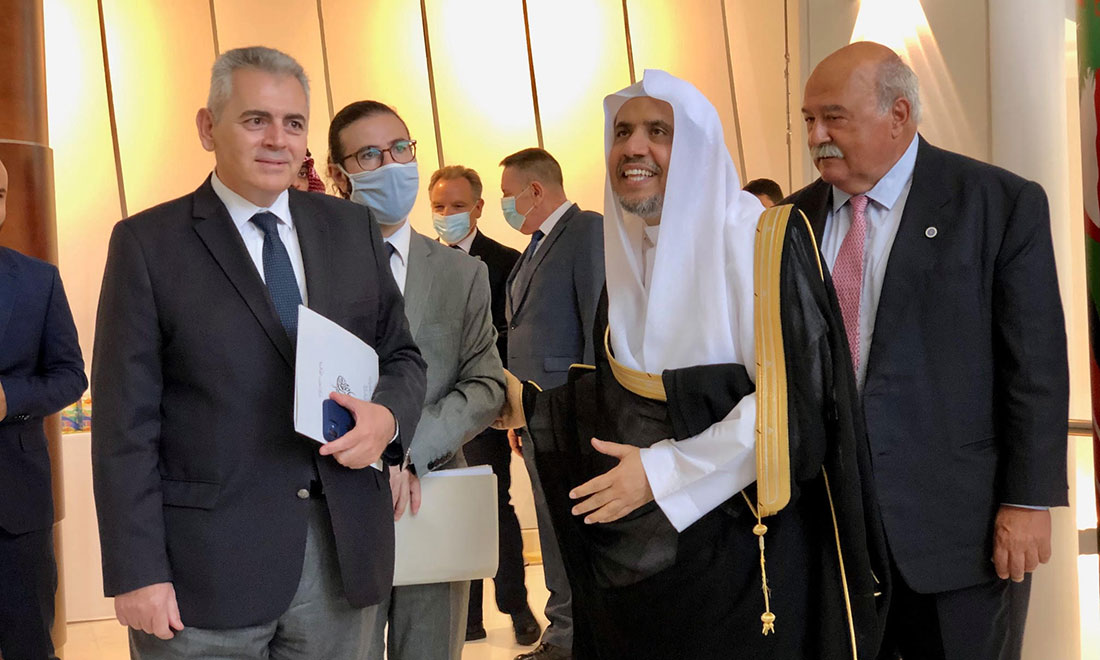 The I.A.O. is an important link with the Orthodox world and we wish to strengthen our relations with our neighbors and brothers. Because traditions and customs are common. We especially respect the Orthodox peoples because they are our neighbors. Throughout history, there has always been solidarity between Orthodox and Arabs. We feel that we are one. These are the feelings of the Arab world and the Islamic world in general. When I meet Orthodox peoples I meet my own people because there is a strong historical relationship.” Regarding the MWL activity, Sheikh Dr. Mohammad Alissa underlined, inter-alia: “MWL brings together Muslim intellectuals, theologians and young people. We have signed Memoranda of Understanding with other religions and beliefs. I am pleased that soon – I hope – we will be able to sign a Memorandum of Understanding in Athens with the I.A.O. and swiftly proceed with joint activities”. Moreover, Sheikh Dr. Mohammad Alissa proposed the establishment of a museum of the common Orthodox and Islamic heritage as an example of willingness to strengthen relations and cooperation. The meeting was followed by a working lunch, which was also attended by the Ambassadors of Greece Mr. Alexis Konstantopoulos and Russian Federation Mr. Sergei Kozlov. Additionally, the I.A.O. Secretary General visited the premises of the Intellectual Warfare Center in Riyadh, a center of operations affiliated with the Ministry of Defense, where he was briefed on the ways of action to eradicate religious extremism and promotion of the peaceful principles of moderate Islam. The I.A.O. Secretary General had a meeting with Mr. Abdullah H. Alhajiri, Secretary of the Board and Director of Support Services of the Center. During the meeting, the I.A.O. Secretary General stressed: “I agree with you that those who invoke religion to commit acts of terrorism misinterpret religious teachings. To this end, a concerted effort is required in order to eradicate religious extremism, to eliminate the phenomenon from its source, primarily with proper information through education, but also through social media. This is exactly what your Center systematically does, which also proves the will of Saudi Arabia to fight religious extremism and its manifestations.” During the visit at the Center, a special audiovisual material was presented, while there was a tour of the facilities and especially the library, which includes books that misinterpret Islam, driving the faithful to fundamentalist attitudes.

Riyadh, 20-24 September 2021. Visit of the Secretary General of the Interparliamentary Assembly on Orthodoxy (I.A.O.) at the headquarters of the World Muslim League