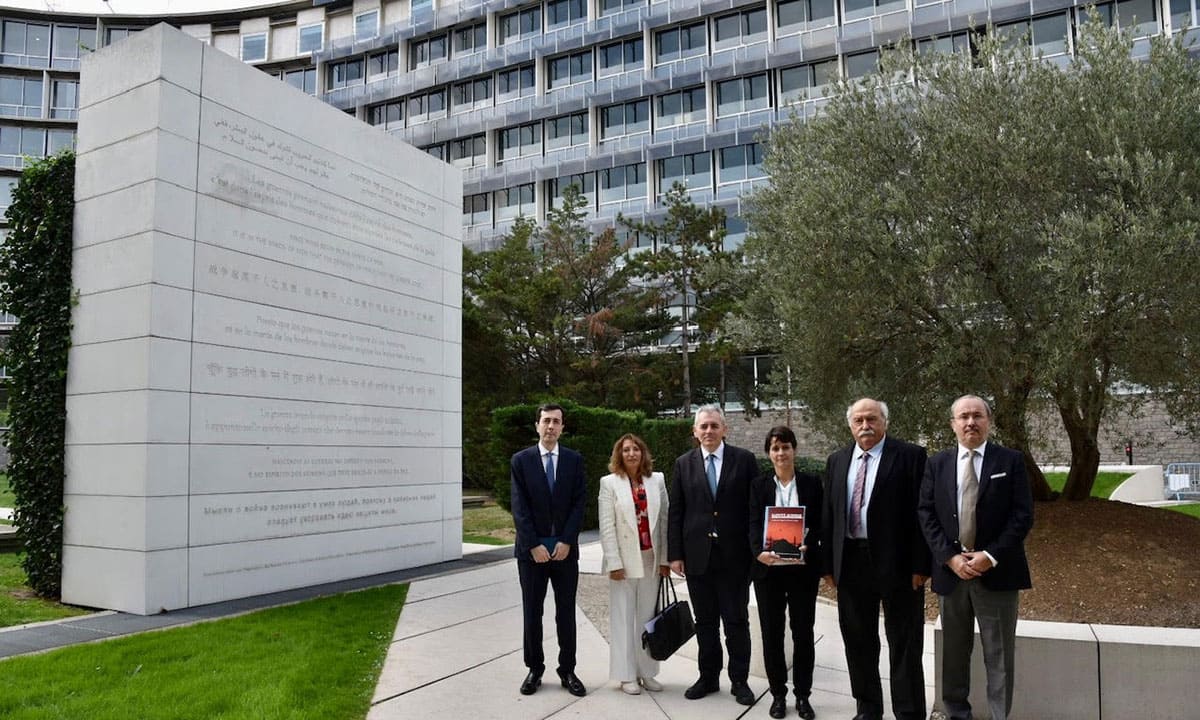 The head of the Interparliamentary Assembly on Orthodoxy (I.A.O.) Dr. Maximos Charakopoulos, accompanied by the I.A.O. Advisors Dr. Kostas Mygdalis and Mr. Alexandr Fomenko, visited the headquarters of the United Nations Educational, Scientific and Cultural Organization (UNESCO) in Paris. During the visit, a meeting was held with the representative of the UNESCO Cultural Heritage Center Mrs. Berta de Sancristóbal. The I.A.O. Secretary General informed her about the international campaign undertaken by the I.A.O., aiming at the awakening of international public opinion against the “profane conversion of Hagia Sophia to a mosque, which is not only an insult to the historical truth, but also constitutes a direct threat to the monument”. The IAO Secretary General highlighted the following: “I recently visited Hagia Sophia, and it was a real shock. (…) Even in Turkey, reactions are recorded not only by archaeologists, but also by the media of a country, which is certainly not known for freedom of the press. I believe that based on all these, it is imperative that you visit the monument to see for yourself today’s real picture. If there is no substantial response to the present situation, Turkey will be further emboldened. (…) That is why we are here today, asking for your greater attention at this monument which is in ultimate danger, since it is at risk of irreparable damage. I am confident that our visit here will be the cause for UNESCO’s greater mobilization. The reaction of the international community to date has not been what was expected, so the perpetrator becomes bolder and diminishes the prestige of international organizations”. The representative of the Cultural Heritage Center stated that UNESCO attaches particular importance to the monuments in Istanbul, which they monitor very closely, and gave assurances that at the next meeting of the Organization, the issue of Hagia Sophia Monument will be one of the major topics that will be raised. The Permanent Representative of Greece to UNESCO Ms. Maria Diamantopoulou and the Deputy Permanent Representative Mr. Nikolaos Stergioulas also attended the meeting. During his stay in Paris, Dr. Maximos Charakopoulos collaborated at the Greek Embassy with His Eminence Metropolitan Dimitrios of France, and Greek diplomats for the best possible organization of the presentation of the Volume published by the I.A.O. on the Hagia Sophia Churches to the French society. Finally, the I.A.O. Secretary General had the opportunity to lay a wreath at the Monument of the Unknown Soldier at the Arc de Triomphe during events dedicated to the Greek national day, organized by the Greek Community of Paris.