The works of the I.A.O. International Secretariat and the Chairpersons and Rapporteurs of the I.A.O. Committees, held in Nicosia, 22 – 25 November 2014 have been completed. The agenda started with the meeting of the I.A.O. Secretary General and the President of the I.A.O. General Assembly with the Secretary General of the World Council of Churches (WCC) Rev. Dr. Olav Fykse Tveit and the members of the WCC Executive Committee, during which, issues regarding the protection of Christians in the Middle East, as well as the cooperation of the two organizations were discussed.

During the meeting of the I.A.O. International Secretariat and Chairpersons and Rapporteurs of the I.A.O. Committees, members of Parliaments from 15 member-states of the I.A.O. participated. The I.A.O. members had the opportunity to be briefed by the Minister of Foreign Affairs of Cyprus Mr. Ioannis Kasoulides on the Cyprus’ important role, the ongoing efforts for peace-building, stability, cooperation and security in the region. Moreover, speeches were presented on the same subject by the representative of the Patriarch of Antioch, Bishop Demetrios Charback and the representative of the Syriac Orthodox Patriarchate, Member of the Swedish Parliament Mr. Robert Halef. In addition, honorific reference was made on the ten year contribution of the I.A.O. member Mr. Lefteris Christoforou, who recently was elected Member of the European Parliament. 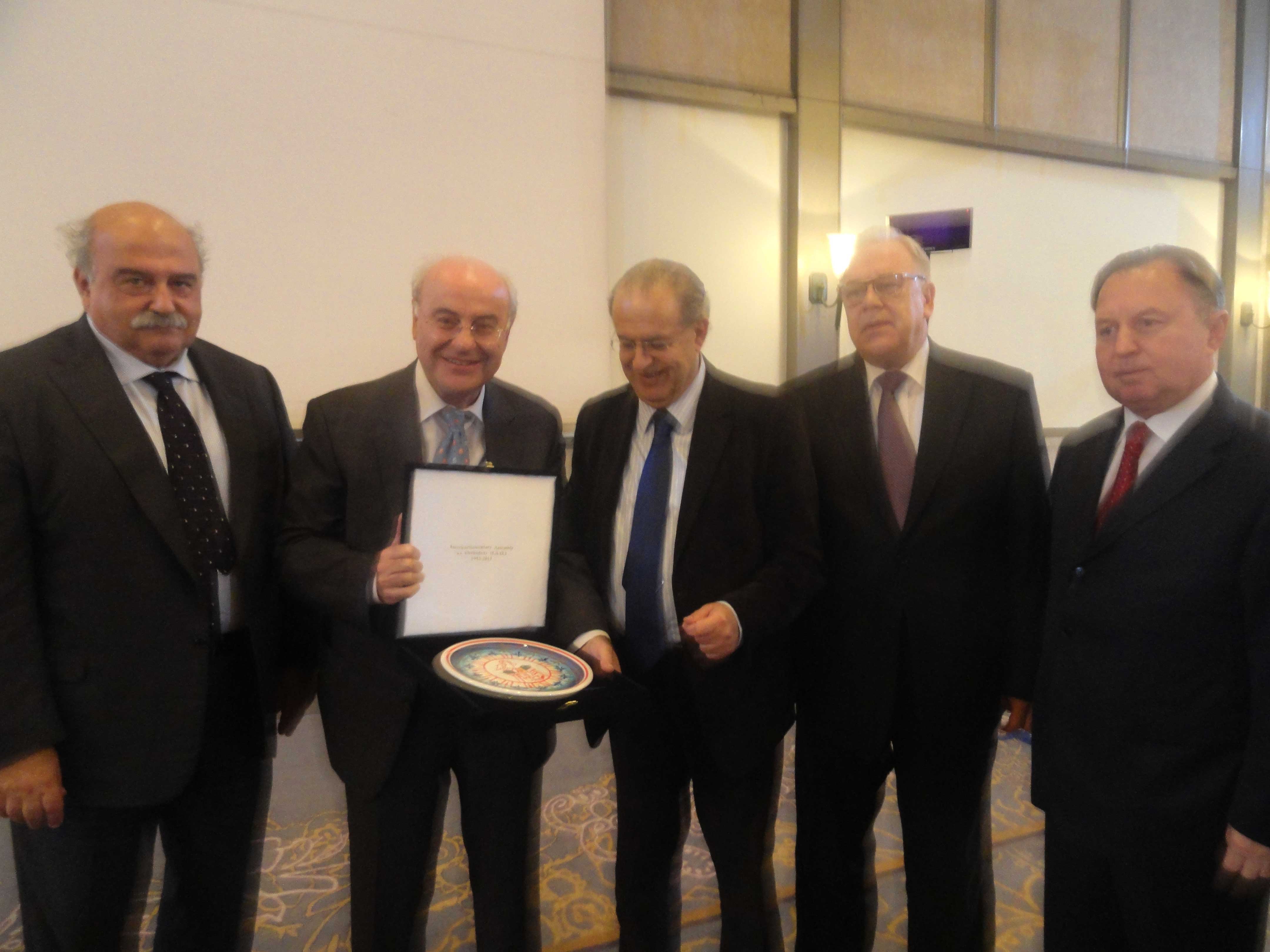 On Monday, 24 November, the I.A.O. members had a meeting with the President of the House of Representatives of the Republic of Cyprus Mr. Yiannakis Omirou. The President welcomed the I.A.O. members in Cyprus, congratulated I.A.O.’s multifaceted activity, underlining its contribution for the promotion of inter-religious dialogue, as well as for enhancing the issues concerning Christian communities around the world and especially in the region of the Middle East. Moreover, he extended his gratitude to the I.A.O. for saving its principle views all these years regarding the Cyprus conflict and its active support of Cypriot’s peoples struggle for justice.

The I.A.O. Secretary General Mr. Nerantzis expressed, once more, I.A.O.’s solidarity towards the tireless efforts of the people of Cyprus for unification and stated that the I.A.O. will continue to contribute in all possible ways to end this sad, as he mentioned, situation in Cyprus. 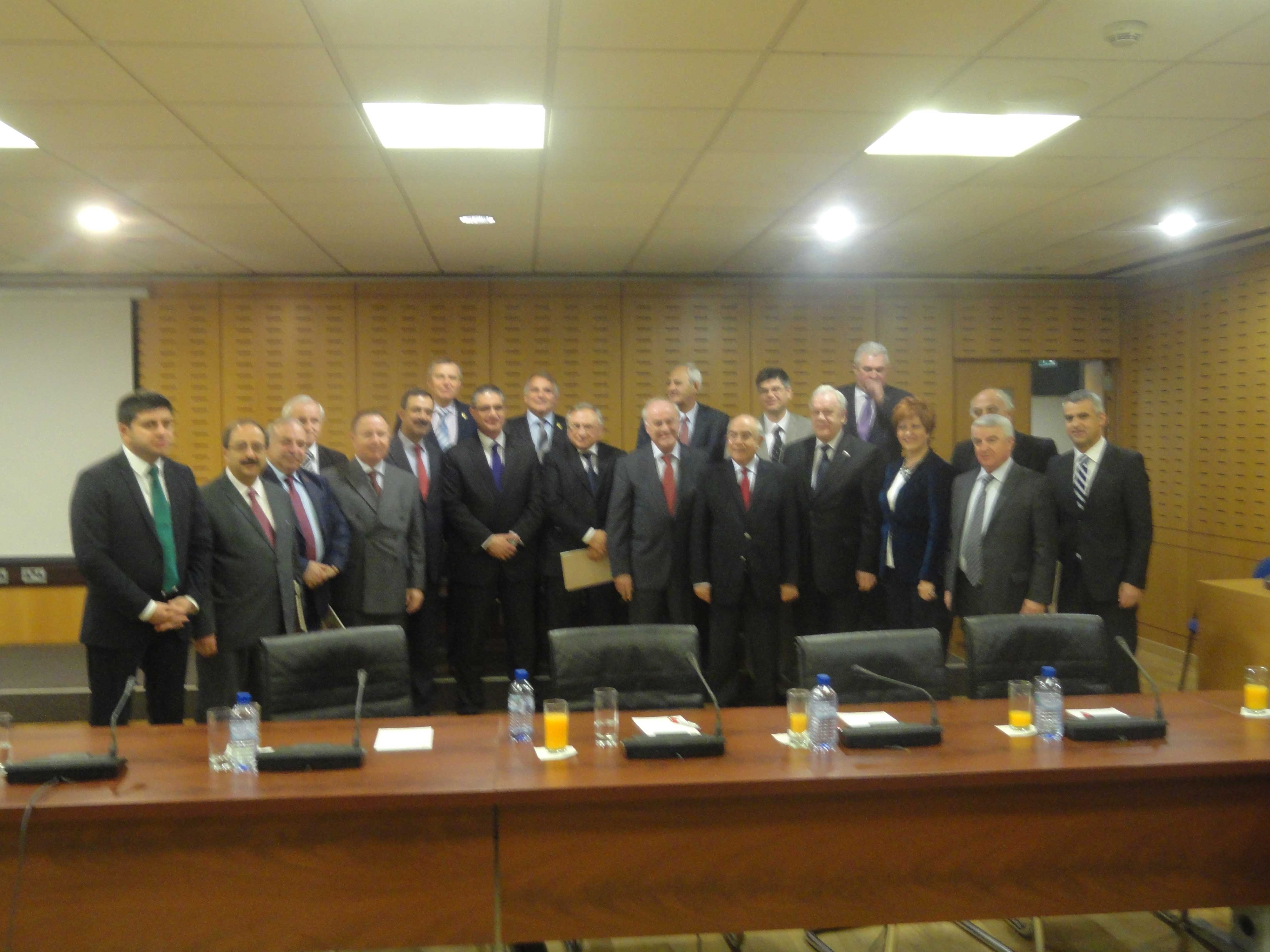 The president of the I.A.O. General Assembly Mr. Popov mentioned that all I.A.O. members have adopted common principles on the situation in Cyprus and the Middle East, according to the international law. The I.A.O. calls the international community to undertake a more active role in confronting threats against peace and especially against Christians in the region.

Meeting of the I.A.O. international secretariat and committee chairpersons and rapporteurs.