The Inaugural Ceremony was held at the |Russian State Duma on Thursday, 26 June 2014. The President of the State Duma of the Russian Federation Mr. Sergey Naryshkin, declared the official opening of the works. The I.A.O. Secretary General Mr. Anastasios Nerantzis, MP during his speech he referred to the multilateral and constructive 20-year of I.A.O. activity. Mr. Athanasios Bouras, member of the Greek Parliamentary delegation to the I.A.O. read the greeting message of the President of the Hellenic Parliament Mr. Evangelos Meimarakis. A greeting address was presented by Mr. Alexandr Torshin, representative of the Russian Federation Council.
A Video greeting message by His Holiness The Patriarch Kirill of Moscow and All Russia followed. His Eminence Metropolitan Emmanuel of France read the greeting message of His All Holiness The Ecumenical Patriarch Bartholomew. His Eminence Bishop Ioannis of Mozambique, Coordinator of the I.A.O.’s activities in Africa, liaison between the I.A.O. and the Pan-African Parliament conveyed a greeting message of His Beatitude Theodoros II Pope and Patriarch of Alexandria and all Africa. In addition, His Eminence Metropolitan Hilarion of Volokolamsk, Chairman of the Department of External Church Relations of the Moscow Patriarchate presented a greeting address. Moreover, greeting addresses were presented by Mr. Saleh Kebzabo, representative of the Pan-African Parliament, Rev. Dr. Daniel Buda, representative of the World Council of Churches and Mr. Sergey Karavaev, representative of the Interparliamentary Assembly of the Commonwealth of Independent States.

In the framework of the General Assembly and on the main subject: «Parliamentary Democracy – Christianity – Orthodoxy: values and concepts», speeches presented by Mr. Ioannis Amanatidis, MP, Alternate I.A.O. Secretary General, Mr. Georgios Martzelos, Professor at the School of Theology, Aristotle University of Thessaloniki on the subject: “The necessitity of the Great and Sacred Orthodox Synod to address contemporary challenges”, Prof. Valery Alexeev, I.A.O. Advisor on the subject: “Christian-social aspect of European integration: the Orthodox perspective” and Dr. Kostas Mygdalis, I.A.O. Advisor on the subject: “Participatory processes in the parliamentary-social space and new technologies”. 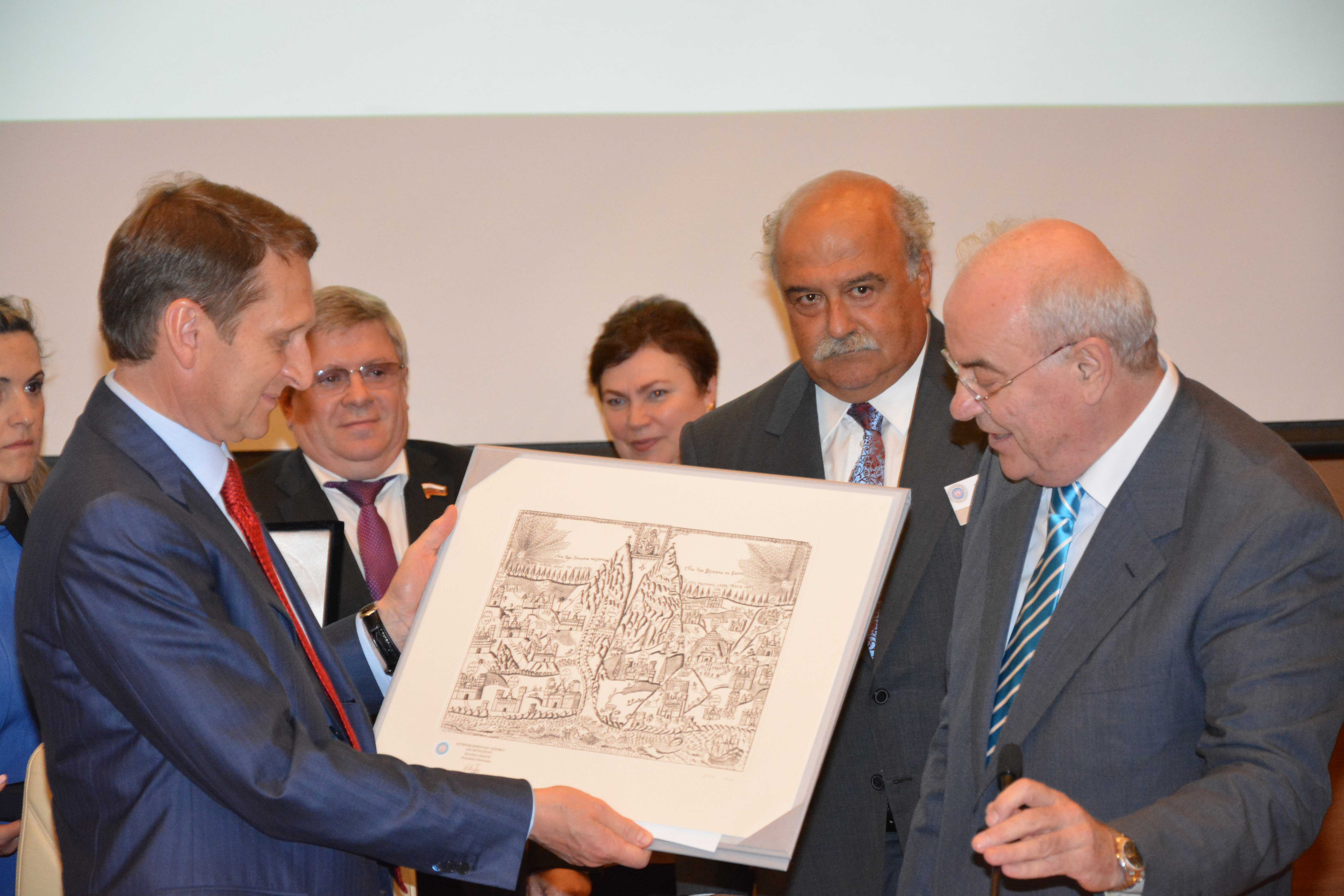 On Saturday, 28 June 2014, the official signing ceremony of the declaration by the I.A.O. member-states Ministers of Culture took place at the Moscow State Historical Museum at the Red Square.

Declaration of the Ministers of Culture