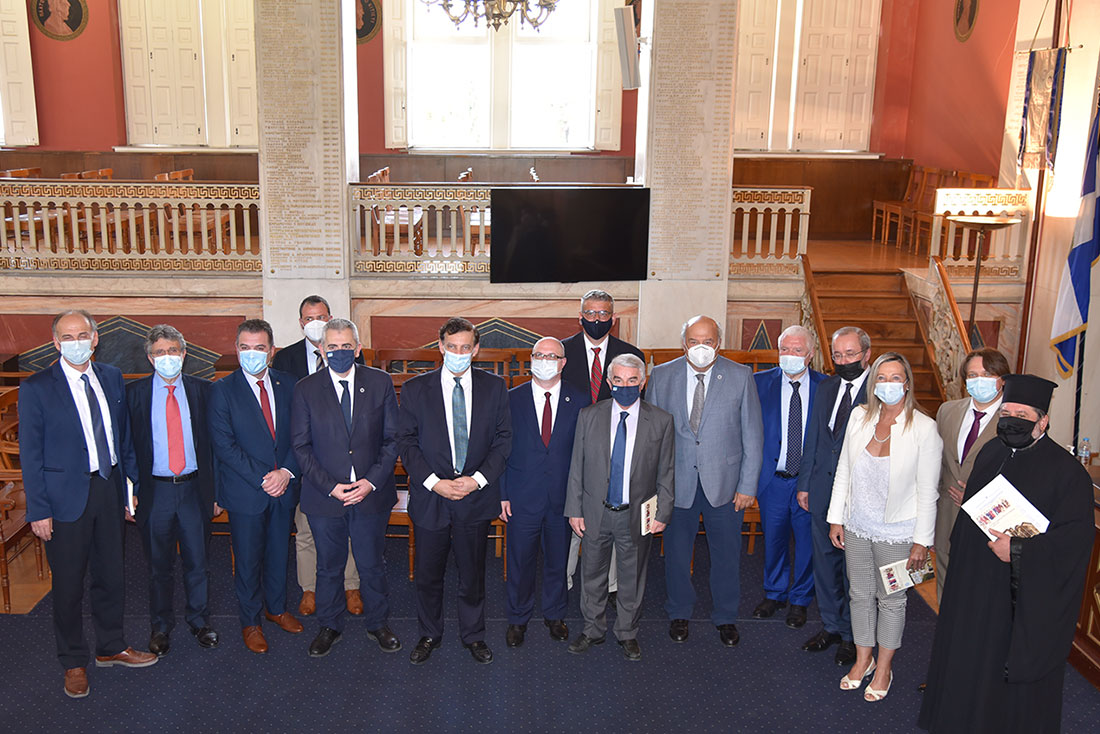 On Monday, May 24, 2021, the I.A.O. Secretary General Dr. Maximos Charakopoulos and the NKUA Rector Professor Athanasios-Meletios Dimopoulos signed a Memorandum of Understanding in order to contribute to the I.A.O. activity and highlight research in areas of mutual interest. The NKUA utilizes the Center of Excellence “Utilization of Orthodox Heritage and Interreligious Dialogue”, as the best competent research center in areas of mutual interest, with the task of implementing cooperation with the I.A.O. The two sides also agreed to jointly undertake initiatives that will primarily address the issue of protecting rights, of all Christian populations living in countries of the wider Middle East, documenting violations of these rights, persecutions they experience due to their religious identity, promotion of their activities and the examination of potential possibilities of peaceful, harmonious and safe coexistence and collaboration with other non-religious populations, in their ancestral homes.

The NKUA Rector, during the signing ceremony of the Memorandum of Understanding, stressed, inter-alia, that “the extroversion and international orientation of the University constitutes an important strategic goal. We constantly strive to promote the educational, research and social work of the University and highlight its international character. To this end, the NKUA collaborates with many Universities, Research Centers, international networks, as well as organizations worldwide, aiming to encourage research collaborations and mobility “.

The I.A.O. Secretary General stressed that: “The work of the Interparliamentary Assembly on Orthodoxy is constantly expanding and developing, aspiring to promote the institution into a tool encouraging cooperation among Orthodox peoples, protecting persecuted Christians. Bringing peace in regions where it has been disrupted.” He also noted, that “in order to achieve our goals, we addressed the academic community, the first University in the country, distinguished for its prestige of a course of 184 years, as well as its international recognition.” Moreover, he added that “the I.A.O. cannot be absent from the dialogue on the future of Europe, already announced by the EU, and we have already been in contact with the European Institutions ready to contribute in the best way.”

The President of the I.A.O. General Assembly, Member of the Russian State Duma, Mr. Sergei Gavrilov, in his greeting address noted, “since the beginning of its institutional course, the I.A.O. pursues to articulate a moderate political discourse based on the principles and values of the Christian Orthodox Tradition through a modern expression. Broadening the geographical scope of our Organization from purely European to International with the participation of Members of Parliaments from all over the world under a common Orthodox experience but different identities, is an important development. Today, we go one step further in the dialogue of politics and science under an institutional form by signing a Memorandum of Understanding, which will mark the beginning of an ongoing cooperation of the I.A.O. with the National and Kapodistrian University of Athens and the academic team of the Center of Excellence “Utilization of Orthodox Heritage and Interreligious Dialogue”.

Monday, May 24, 2021. Signing of a Memorandum of Understanding between the National and Kapodistrian University of Athens (NKUA) and the Interparliamentary Assembly on Orthodoxy (I.A.O.) 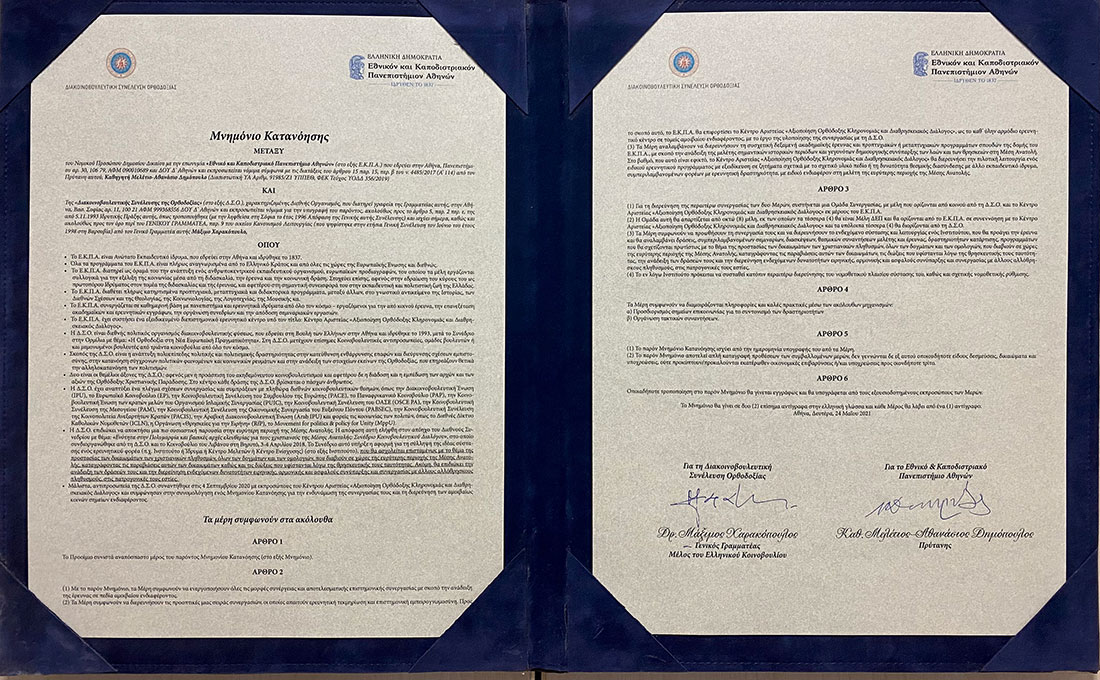