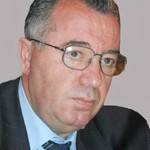 Born on January 2, 1946 in the village of Arevik in the Akhouryan region.

1971 – Graduated from the Yerevan Polytechnic Institute. Engineer-electrician. Full Member of the Engineering Academy of the Republic of Armenia.

1964 -1980 – Metalworker, skilled worker, senior engineer and then secretary of the Party Committee in the Yerevan Hydro Power Station.

1980 – 1987 – Instructor, Head of subdivision in the Industrial Department of ACP Central Committee.

1987 – 1988 – Second Secretary of the ACP Ordzhonikidzeh Regional Committee in Yerevan.

1988 – 1991 – First Secretary of the ACP Ordzhonikidzeh Regional Committee in Yerevan.

1991-1993 – First Deputy Chairman of the Executive Committee of Erebouni Regional Council in Yerevan.

1993 – 1996 – Chair­man of the Executive Committee of Erebouni Regional Council in Yerevan. 1996 – Head of the Territorial Department in Yerevan City Council.

May 6, 2012 – Elected Deputy of the National Assembly by the proportional electoral system from the Republican Party of Armenia.