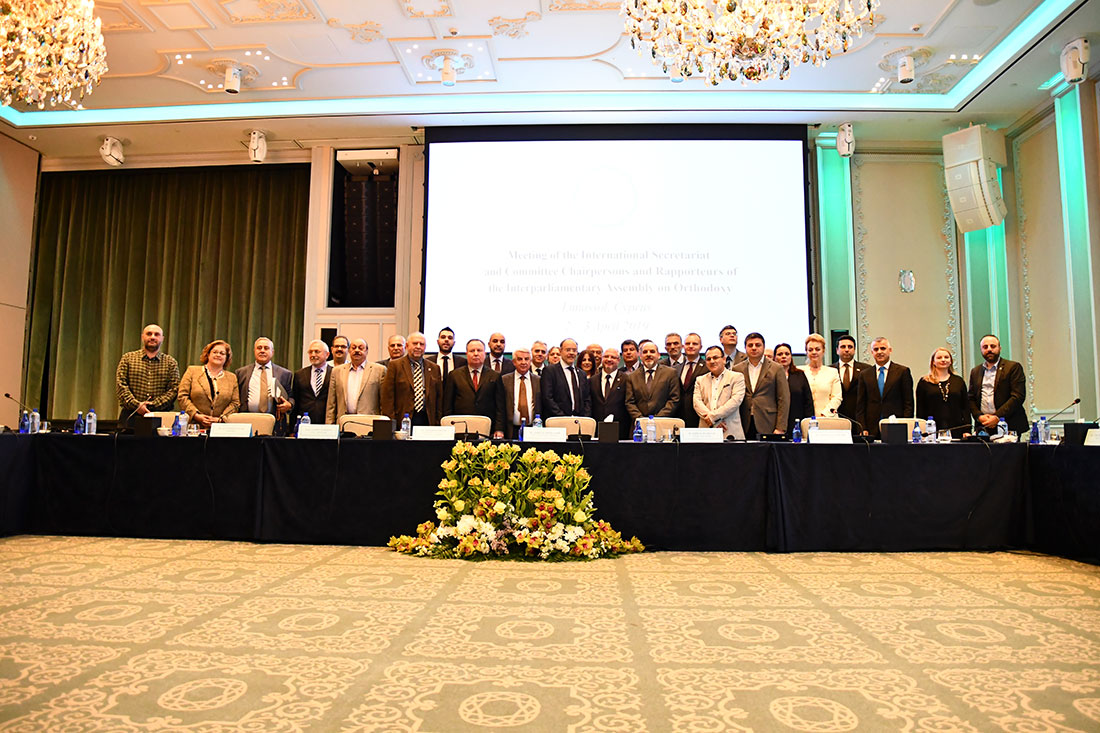 The regular meeting of the International Secretariat, Committee Chairpersons and Rapporteurs of the Interparliamentary Assembly on Orthodoxy (I.A.O.) was held in Limassol, 2 – 3 April, presided by the I.A.O. Secretary General, Dr. Andreas Michailidis with the presence of the President of the I.A.O. General Assembly, Mr. Sergei Gavrilov. Christian Orthodox Members of Parliaments, from Albania, Armenia, Cyprus, Egypt, Georgia, Greece, Jordan, Lithuania, Montenegro, Palestine, Romania, Russia, Serbia and Sudan participated in the meeting. Moreover, the Deputy Speaker of the Armenian Parliament Mr. Alen Simonyan, head of the Armenian parliamentary delegation to the I.A.O. participated for the first time to the works of the aforementioned meeting. The Member of the I.A.O. International Secretariat and member of the House of Representatives of Cyprus, Mr. Angelos Votsis welcomed all participants. 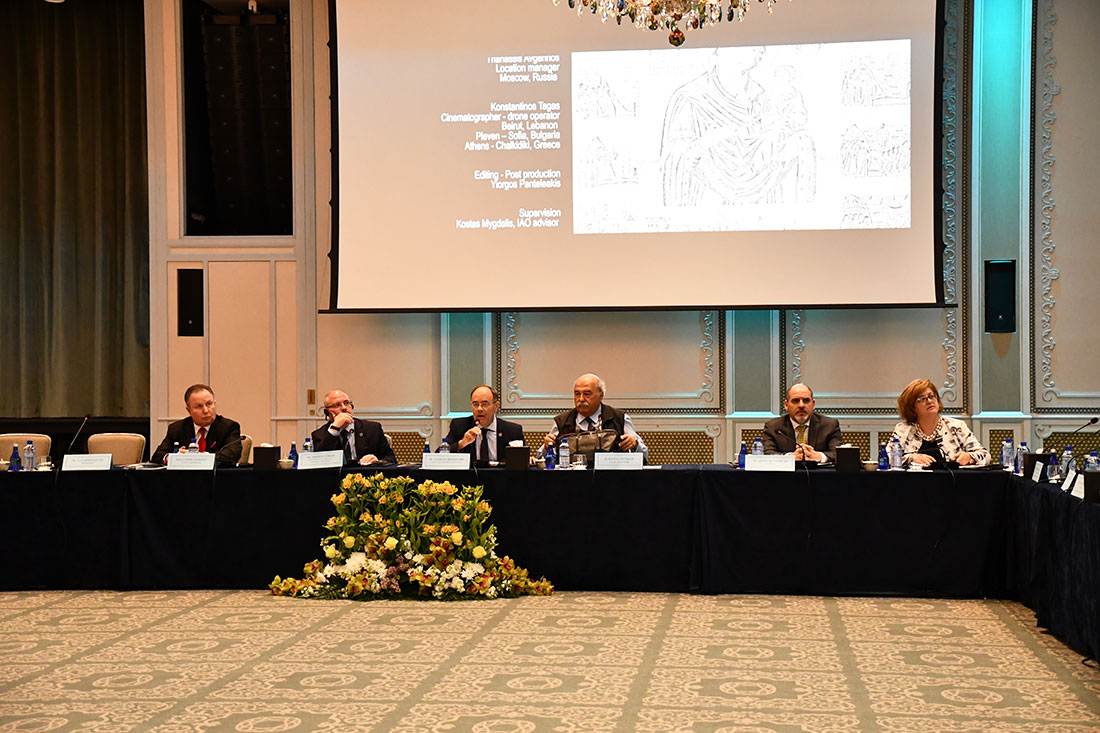 During the meeting, an overview of the activities and contacts made with Parliaments and International organisations were presented, as well as discussion on the I.A.O. future initiatives and activities. The Members of the I.A.O. International Secretariat had a meeting with the Minister of Foreign Affairs of Cyprus, Mr. Nikos Christodoulidis, who officially informed them on the recent developments concerning the Cyprus issue. The I.A.O. Secretary General during his greeting speech highlighted: «…We observe with great interest the multi-dimensional foreign policy, you develop which will lead Cyprus towards a new orbit and dynamic, thus become,, in the near future, a powerful player in the Mediterranean Sea region and the broader region of the Middle East…».

The I.A.O. Members also had a meeting with the Speaker of the House of Representatives of Cyprus, Mr. Dimitrios Syllouris and the President of the Republic of Cyprus, Mr. Nikos Anastasiadis. 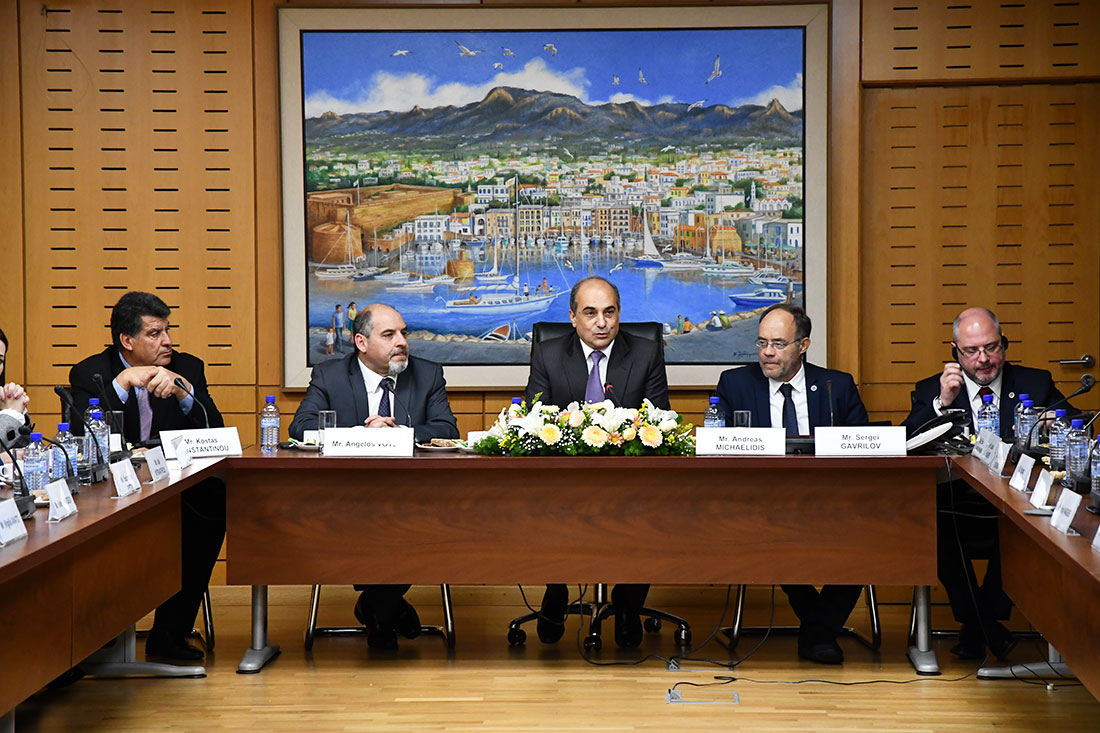 The President of the Republic of Cyprus presented an award to the I.A.O. for its 25-year course of activity.

Moreover, the Icon-Painting Exhibition with subject: «The Resurrection of Jesus Christ» hosted at the Museum of the Archbishop Makarios III Foundation and His Beatitude Chrysostomos II, Archbishop of Cyprus officially opened the Exhibition. 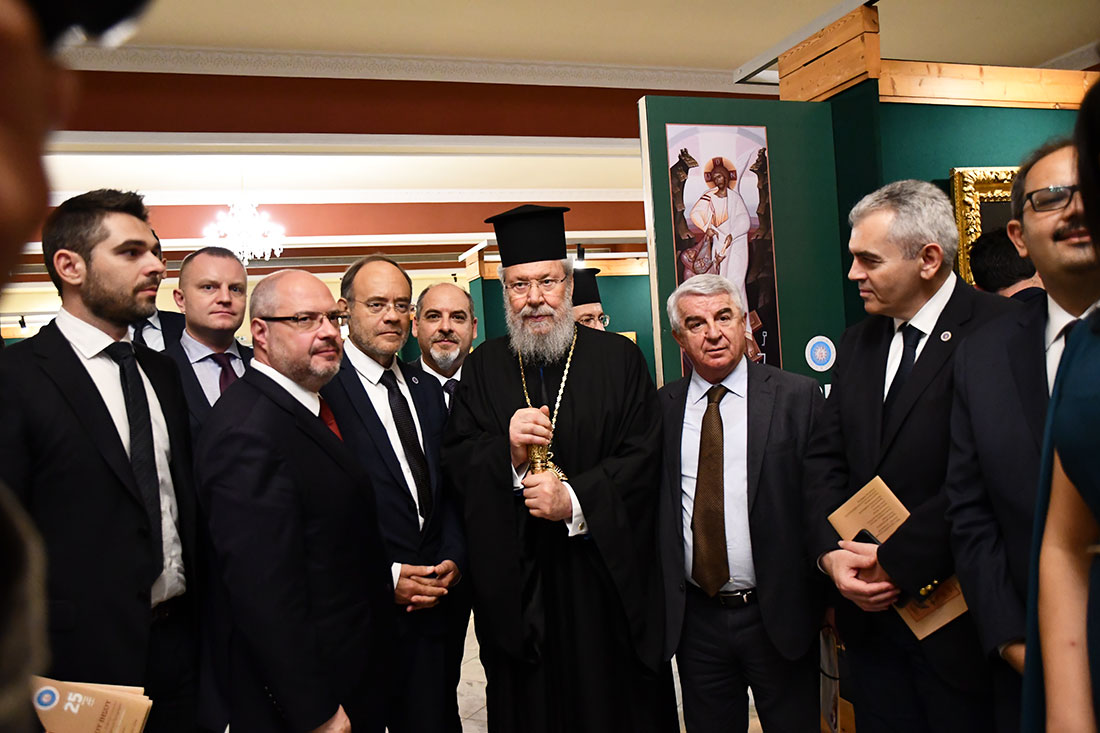 Finally, the I.A.O. Members had the opportunity to visit Saint Neophytos Holy Monastery, where they had a meeting with His Eminence Metropolitan Georgios of Paphos.

Limassol, Cyprus, 2 – 3 April 2019. Meeting of the International Secretariat, Committee Chairpersons and Rapporteurs of the Interparliamentary Assembly on Orthodoxy (I.A.O.)