International Conference: “Orthodoxy facing the social and economic problems of Africa . The contribution of the monotheistic religions to their solutions” 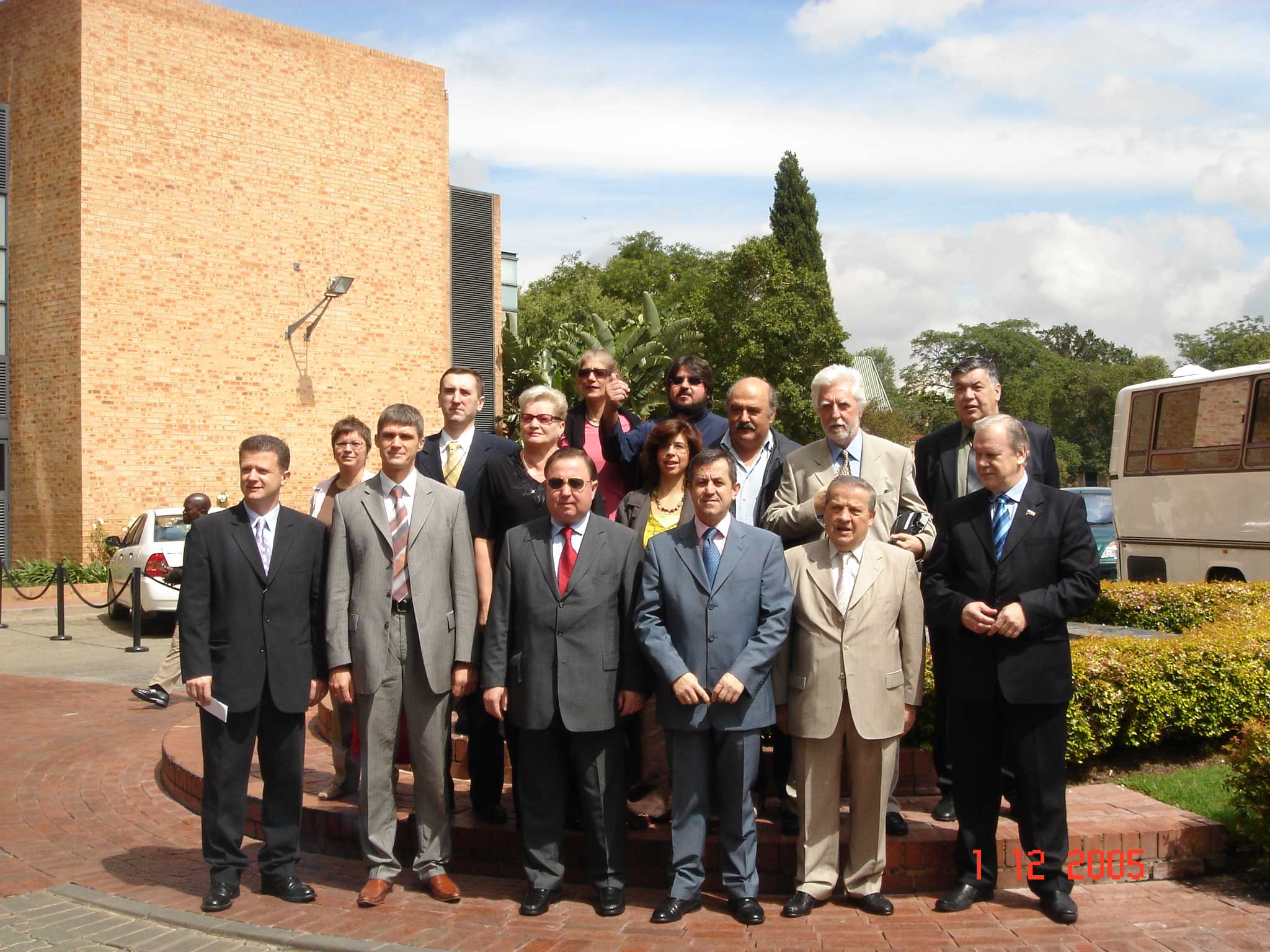 During the visit of the I.A.O. delegation in Johannesburg , a conference which was organised in cooperation with the Department of Greek and Latin Studies of the University of Johannesburg was held, with subject: ” Orthodoxy facing the social and economic problems of Africa . The contribution of the monotheistic religions to their solutions ” . The conference was considered a great opportunity for the academic and political world of the city of Johannesburg to record and evaluate proposals, initiatives and commitments the monotheistic religions have undertaken against the problems of Africa . The big monotheistic religions of the world, among which Orthodox Christianism, are considered throughout human history as the moral and spiritual driving force for understanding the world’s problems and finding solutions through the frameworks of God’s love for man and the freedom he provides him with, to practice good, in peace, with love for our neighbor. 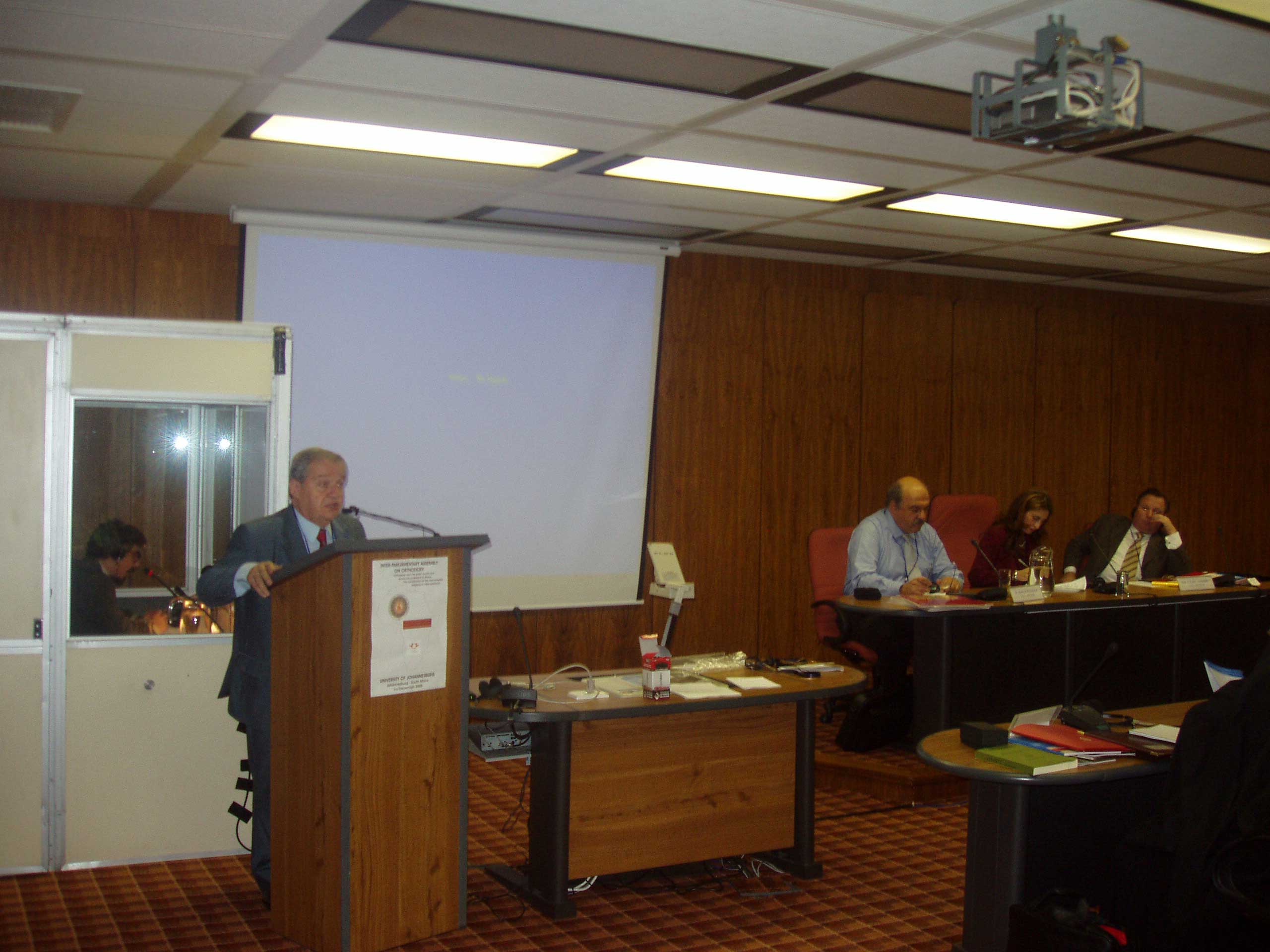 Professor Ben I. Hendrickx of the department of Greek and Latin Studies of the University of Johannesburg , opened the works of the conference, while Mr. Derrick Hanekom, Deputy Minister of Science and Technology, Mr. Eddie Makue, representative of the Council of Christian Churches of South Africa , as well as, the representative of his Beatitude the Patriarch of Alexandria and all of Africa His Eminence Metropolitan Seraphim of Johannesburg and Pretoria addressed the conference.

Reports on the central subject of the conference were made by the following special guests:
• Mr. Stylianos-Angelos Papathemelis, MP, Secretary General of the Interparliamentary Assembly on Orthodoxy (I.A.O.)
• Mr. Theodore Ssekikubo, Member of the Parliament of Uganda , Member of the Interparliamentary Assembly on Orthodoxy (I.A.O.)
• Dr. A Dokrat from the Moslem Community of South Africa
• Mr. Harry Gouvelis, Commissioner of the Commission for the promotion and protection of the rights of cultural, religious and linguistic communities (subject: Building a human rights culture in Africa ).
• Mr. Ronnie Mink from the South African Yad Vashem Memorial Foundation
• Advocate George Bizos (subject: Freedom of Religion in South Africa )
• His Grace Bishop Dr Antonios Markos from the Coptic Orthodox Church , South Africa
• Rev Fr Athanasios Ak unda , Deputy Dean of the Alexandrian Catechetical School of Johannesburg, Representative of the African Orthodox Communities (subject: Dialogue with African Cultures)
• Professor J.L.P. Wolmarans of the Department of Greek and Latin Studies of the University of Johannesburg (subject: The Protestant Churches and the Great Problems of Africa )
• Mama Jackey Maarohanye founder and head of the “Ithuteng Trust” School for abused African Children, in Soweto (subject: The children are our future)
Mr . Nicholas Kotsiras, member of the I . A . O . International Secretariat Prof . as well as Prof. Valery Alexeev , advisor to the I . A . O . presented their reports on the central subject .