The Cooperation Agreement between the Interparliamentary Assembly on Orthodoxy and the Pan-African Parliament.

The INTERPARLIAMENTARY ASSEMBLY ON ORTHODOXY (I.A.O.) signed a cooperation agreement with the PAN-AFRICAN PARLIAMENT (PAP) in Johannesburg, 19 May 2011. The cooperation agreement was signed by the I.A.O. Secretary General, Member of the Hellenic Parliament Mr. Anastasios Nerantzis and the President of the Pan-African Parliament Dr. Idriss Ndelle Moussa, in presence of members of the Pan-African Parliament’s Bureau, as well as the members of the PAP’s Committee on Co-operation, International Relations and Conflict Resolution. The I.A.O. delegation consisted of the Secretary General Mr. Anastasios Nerantzis, the Head of the Hellenic parliamentary delegation to the I.A.O. Mr. Michail Pantoulas and the I.A.O. member from Jordan Mr. Reda Haddad. Bishop Ioannis of Mozambique attended the ceremony as well, at the Diocese of whom the I.a.O. activities’ information office in Africa is seated. 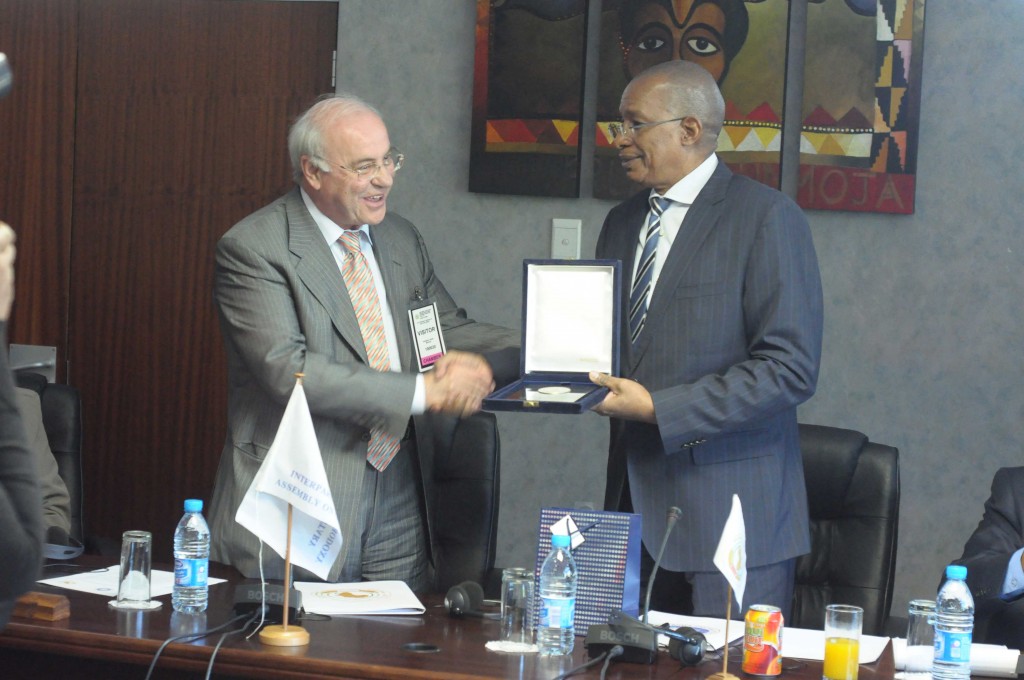 The Coordinating cooperation Committee is composed of six Parliamentarians from each institution, in addition to two advisors-experts from each institution; it shall meet twice per year. Mr. Marwick Khumalo, Chairman of the Co-operation, International Relations and Conflict Resolution Committee of the PAP has been appointed Head Coordinating Cooperation Committee on the part of the PAP and respectively Mr. Anastasios Nerantzis, I.A.O. Secretary General on part of the Interparliamentary Assembly on Orthodoxy (I.A.O.).