His All Holiness The Ecumenical Patriarch Bartholomew declared the official opening of the conference and addressed the participants, while Members of Parliaments, Members of the European Parliament, representatives of Orthodox Oriental and Eastern Orthodox churches, theological schools, and other intellectuals participated and presented reports on the subject of the conference.

Photo taken during the conference 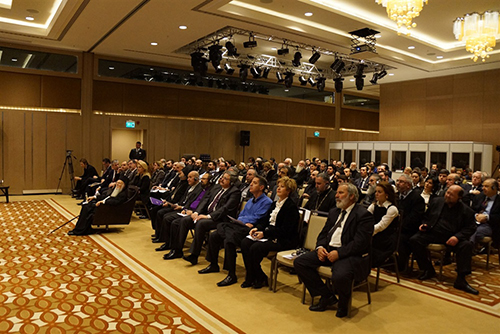 The President of the I.A.O. General Assembly, Member of the Russian State Duma Mr. Sergei Popov, the Secretary General, Member of the Hellenic Parliament Mr. Anastasios Nerantzis, and MPs-members of I.A.O.’s International Secretariat from Armenia, Belarus, Cyprus, Egypt, Georgia, Greece, Kazakhstan, Poland, Russia and Serbia participated in the works of the conference.

The meeting of the I.A.O. International Secretariat and Committee Chairpersons was held on Saturday, 2nd of March, while, on Sunday morning, 3rd of March, the I.A.O. members participated at the Divine Liturgy and had a meeting with His All Holiness The Ecumenical Patriarch Bartholomew at the Ecumenical Patriarchate, where they had the opportunity to discuss issues of common interest and exchange commemorative gifts.

Photo taken during the conference 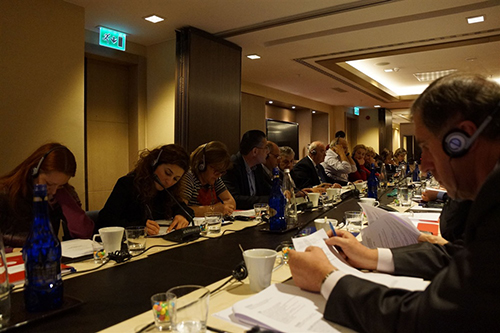 During their stay in Istanbul, the I.A.O. members had the opportunity to visit the Theological School of Chalki, where they had a guided tour of its premises and also had a meeting with the Abbot of the Holy Patriarchal and Stavropegial Monastery of the Holy Trinity of Chalki, University Professor, His Eminence Elpidophoros Metropolitan of Bursa. Moreover, the President of the I.A.O. General Assembly Mr. Sergei Popov had the opportunity to address the Greek clergy, who attended a seminar of the Theological School and express the I.A.O.’s support on the request for the reopening of the School.

Photo taken during the visit to the Theological School of Chalki 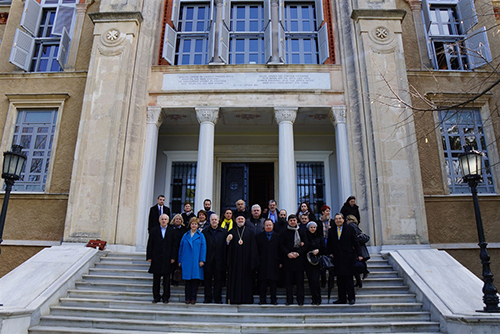 Click to watch the video with the opening ceremony

An assessment of the two-day meeting of the I.A.O. in PDF

Text with conclusions of the two-day meeting of the I.A.O. in PDF