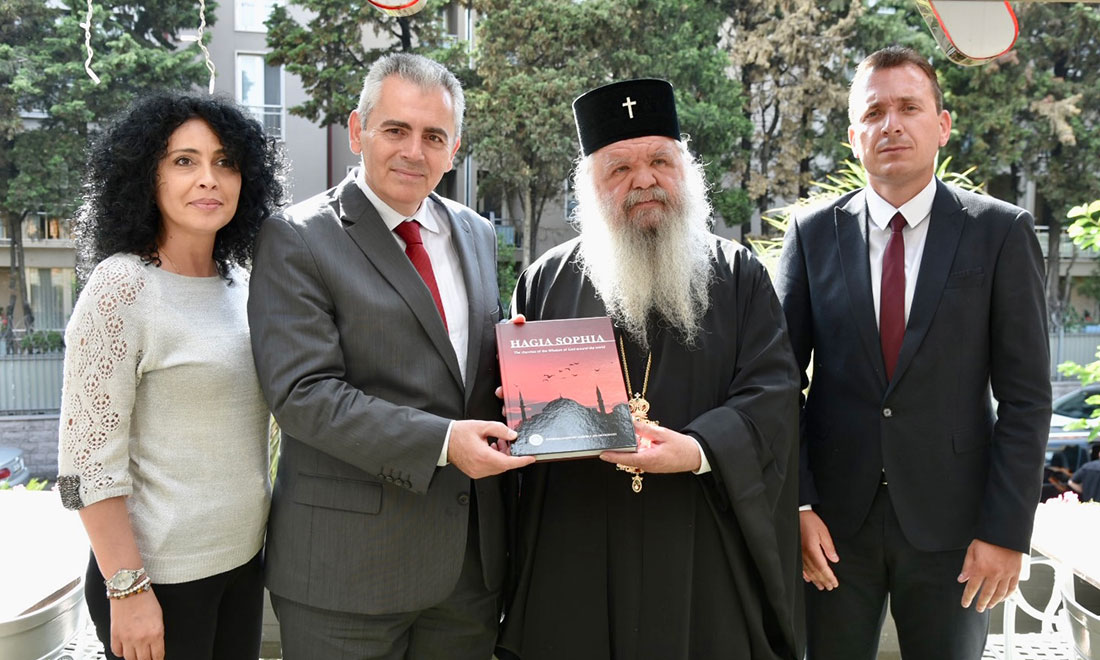 On the sidelines of the I.A.O. official visit to the Seat the Ecumenical Patriarchate, on the Sunday of Pentecost, June 12th, 2022 and their participation in the Patriarchal and Synodical Liturgy, concelebrated by His All Holiness the Ecumenical Patriarch Bartholomew and the Archbishop of Ohrid Stefanos, the I.A.O. Secretary General Dr. Maximos Charakopoulos, and the members of the I.A.O. delegation, MPs of North Macedonia, Mile Talevski and Anna Lashkoska, and MP of Romania Ioan Vulpescu, as well as the I.A.O. Advisor Dr. Kostas Mygdalis met with the Prime Minister of North Macedonia Mr. Dimitar Kovačevski and the Archbishop of Ohrid Stefanos. 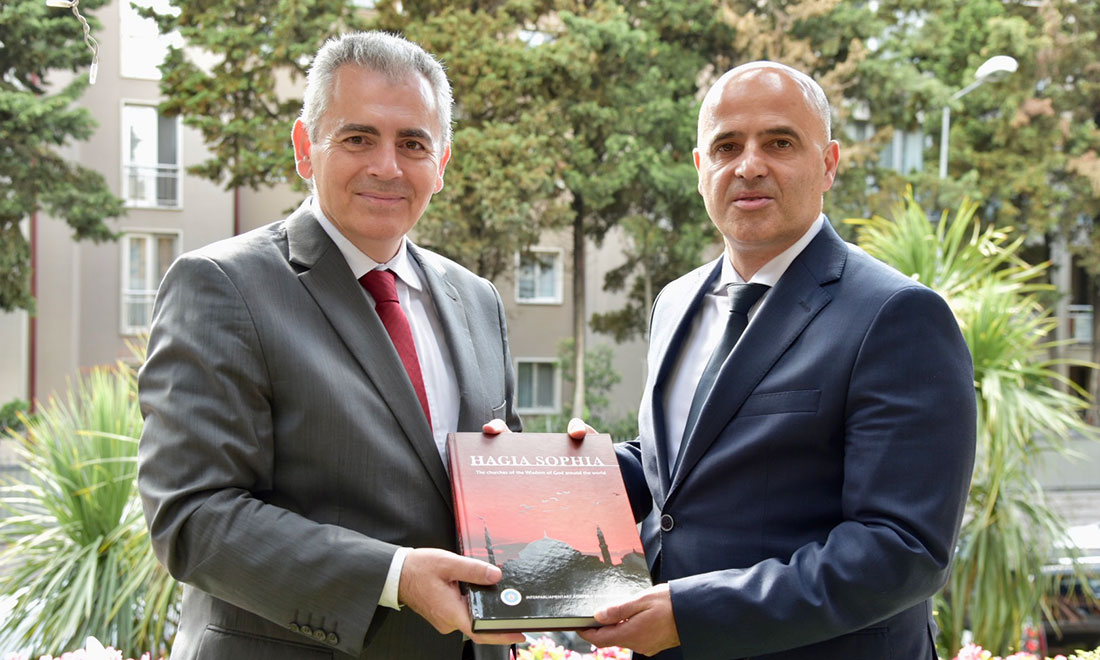 The head of the International Institution stated the following: “We had the opportunity to inform both the Prime Minister of North Macedonia and the Archbishop of Ohrid, about the international public awareness campaign launched by the I.A.O. against the arbitrary and profane conversion of Hagia Sophia Church into a mosque. In particular, we referred to the serious damages already recorded, in many parts of this timeless symbol of Orthodoxy, by the daily and uncontrollable influx of visitors. At the same time, we offered α copy of the volume dedicated to the Hagia Sophia Churches around the world, and we stated our intention to present the volume in North Macedonia, since the exquisite Hagia Sophia Church in Ohrid, is one of the 37 Churches included in the volume. We believe that the decision of the Ecumenical Patriarch to restore communion with the Archdiocese of Ohrid, in a schism for more than half a century, with the specific inviolable conditions he set, opens new perspectives for cooperation at a parliamentary level as well, which we are willing to use in the name of peace and Orthodoxy”. 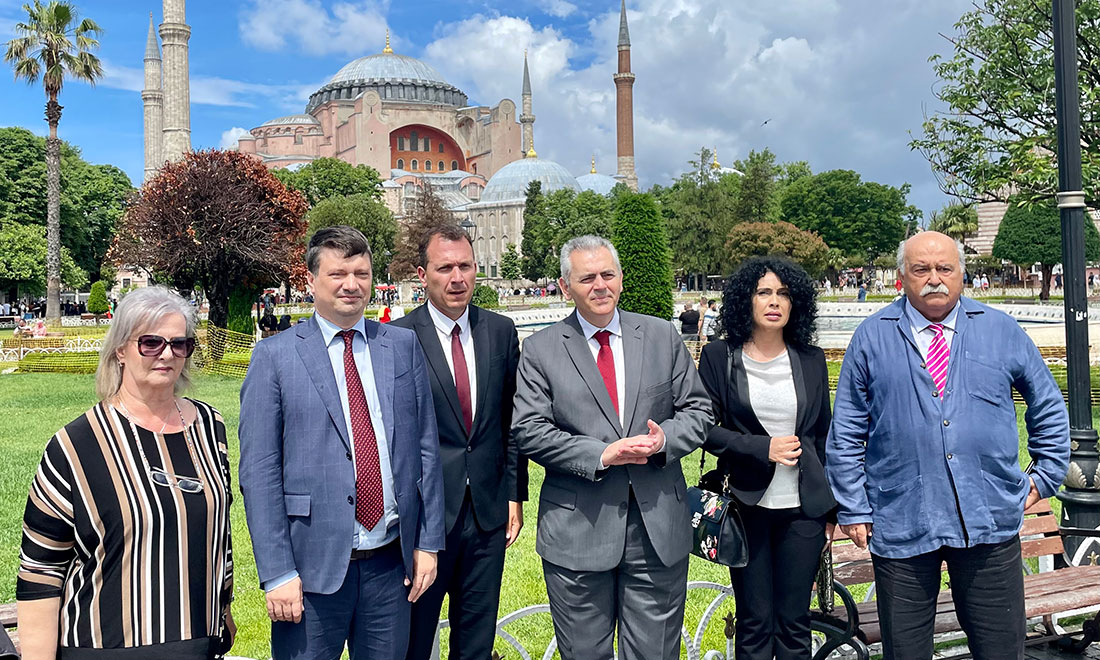