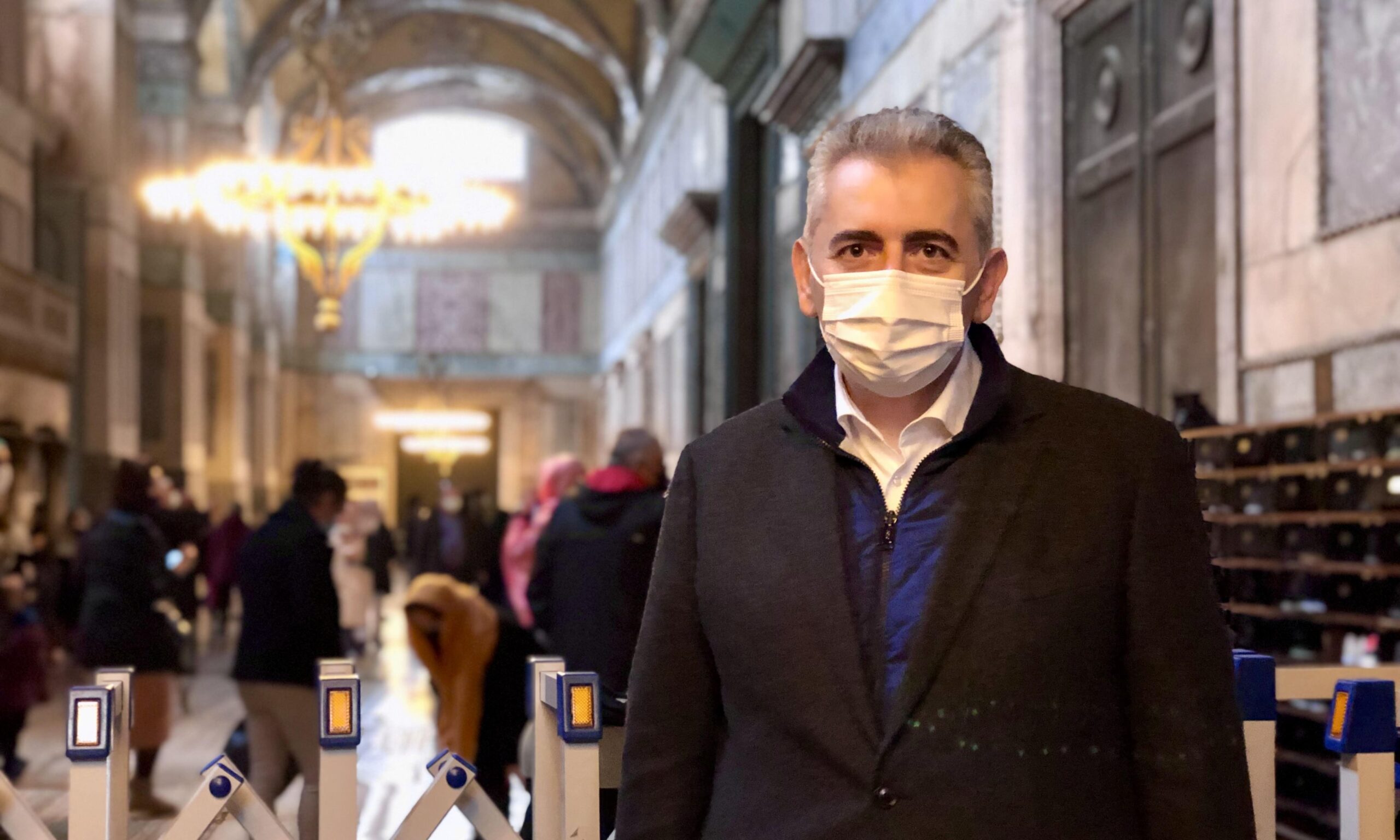 The Secretary General of the Interparliamentary Assembly on Orthodoxy (I.A.O.), Dr. Maximos Charakopoulos, accompanied by the I.A.O. Advisor Dr. Kostas Mygdalis, attended the consecration ceremony of the Holy Myrrh at the Ecumenical Patriarchate on Holy Thursday, April 21. Following the news of the vandalism of the Imperial Gate of Hagia Sophia in Istanbul, he made the following statement: “While in the city for the consecration of the Holy Myrrh, I was informed of the sad news of the vandalism of the symbol of ecumenical orthodoxy, Hagia Sophia. Unfortunately, the concerns we have expressed about the dangers that lie for the monumental Church – a UNESCO World Heritage Site – from its conversion into a Mosque are fully confirmed. The images of vandalism of the Imperial Gate of Hagia Sophia cause reasonable outrage in every civilized person for the arbitrary and indecent decision of the Turkish leadership. Perhaps, this act will finally raise the strong reaction imposed by the international community and the competent institutions on the Turkish leadership, which, unfortunately, has not been the case for the last two years. Because, despite the protests during all this time, we did not let the case be forgotten and sought to awaken the international public opinion, it is obvious that different types of interests prevail over truth and justice. This attitude, however, has the effect of encouraging the perpetrator of illegality to proceed with new acts of arbitrariness, considering tolerance as an approval of his actions. That is why even now, without any delay, there must be a unanimous condemnation of the conversion of Hagia Sophia into a mosque by international organizations and institutions, primarily the EU and the UN, which should be accompanied by threat of sanctions against Ankara. The “Crime” must not stay “unpunished”. The international public awareness campaign on the case of Hagia Sophia, undertaken by the Interparliamentary Assembly on Orthodoxy becomes even more urgent with the multilingual publication of a special volume.

Ecumenical Patriarchate, April 21, 2022. Presence of the I.A.O. Secretary General at the consecration ceremony of the Holy Myrrh