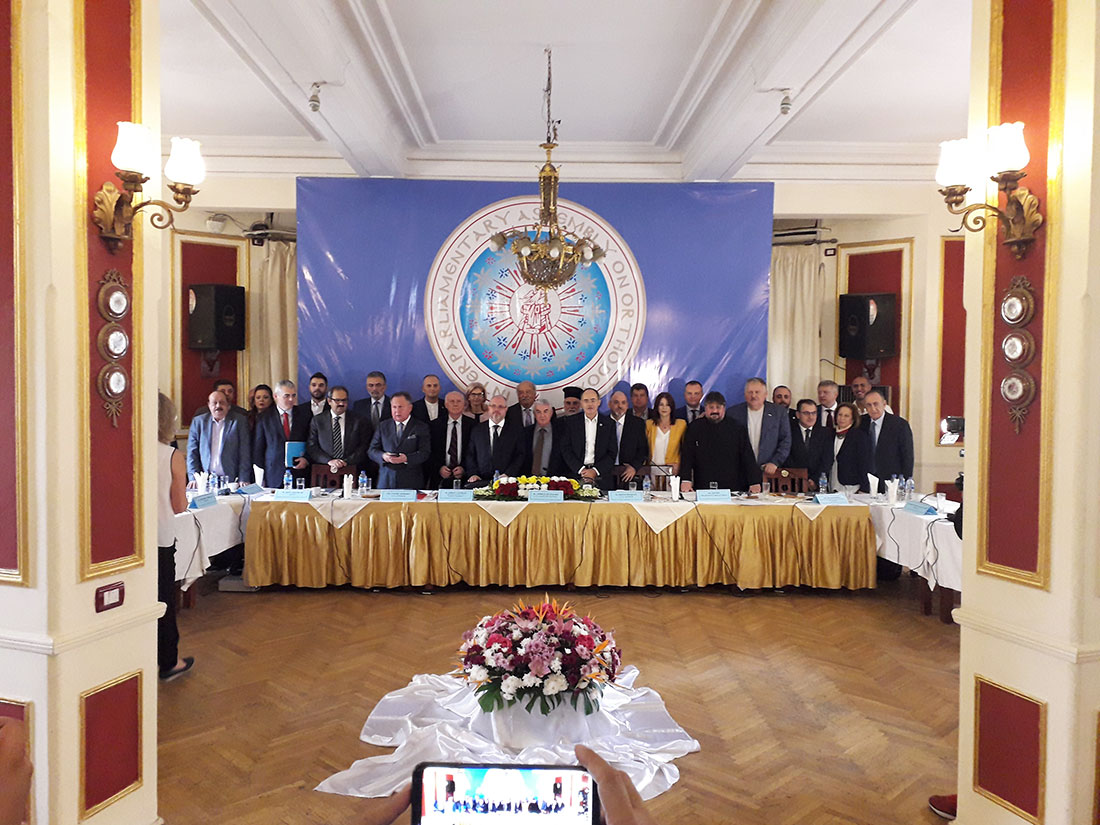 The autumn meeting of the International Secretariat, Committee Chairpersons and Rapporteurs of the Interparliamentary Assembly on Orthodoxy (I.A.O.) was held in Cairo from 15 to 18 November. I.A.O. Members of Parliaments, from Armenia, Georgia, Greece, Jordan, Cyprus, Lebanon, Montenegro, Palestine, Romania and Sudan participated in the meeting. Moreover, the Deputy Speaker of the Lebanese Parliament Mr. Elie Ferzli, head of the Lebanese parliamentary delegation to the I.A.O. participated for the first time to the works of the aforementioned meeting and the Member of the House of Representatives of Egypt Mr. Hany Naguib welcomed all participants.
The Greek Club in Cairo hosted the Meeting of the International Secretariat. During its works, the overview of the 25th anniversary General Assembly in Athens was presented, contacts of the Orthodox Parliamentarians with Parliaments around the world were discussed in detail, as well as the future I.A.O. activities.
The Members of the International Secretariat visited the Patriarchal Vicar of the Patriarchate of Alexandria, All Africa, in Cairo and His Beatitude Theodoros II, welcomed all participating MPs. In his address, he stressed the problems of Africa, as well as the contribution of the I.A.O. towards their solution. Following the initiative of the I.A.O. Secretary General Mr. Andreas Michailidis the decision was reached for the I.A.O. to finance one of the wards of the new hospital being built in Sierra Leone.
At the Patriarchate of the Coptic Orthodox Church, the I.A.O. members had a meeting with H.H. the Pope and Patriarch of the Coptic Orthodox Church Tawadros.
His Holiness the Pope and Patriarch Tawadros, conveyed blessings to the I.A.O. and its activity, as well as the expectation for the Egyptian Parliament to become very soon official member of the organisation. During both aforementioned meeting the I.A.O. Secretary General Mr. Andreas Michailidis and the President of the I.A.O. General Assembly Mr. Sergey Gavrilov, presented speeches on behalf of the organization, while both Patriarchs highlighted the I.A.O. 25-year significant course and exchanged commemorative gifts.
Finally, the I.A.O. members had the opportunity to visit St. Catherine Holy Monastery in Mount Sinai, where they were guided by the Prior (Dikaios) of the Holy Monastery the Very Reverend Archimandrite Fr. Symeon. 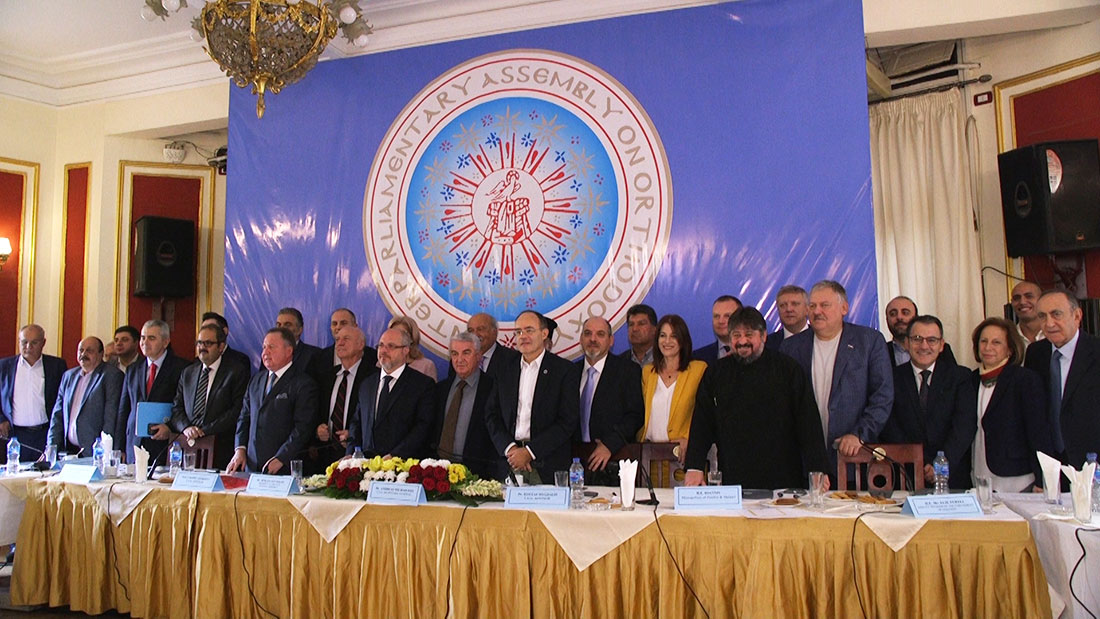 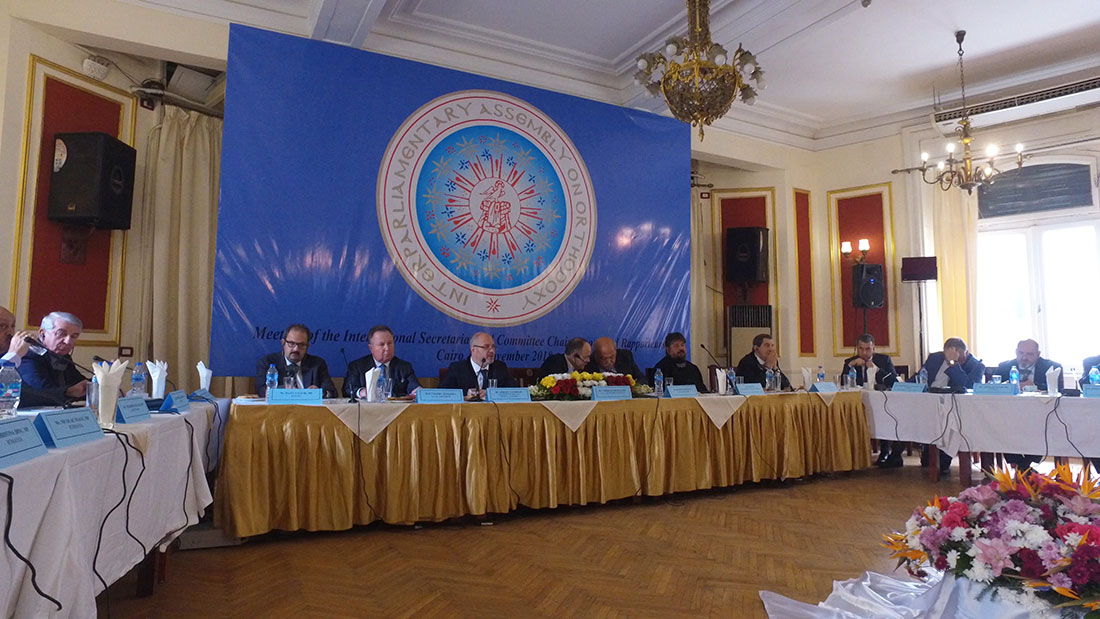