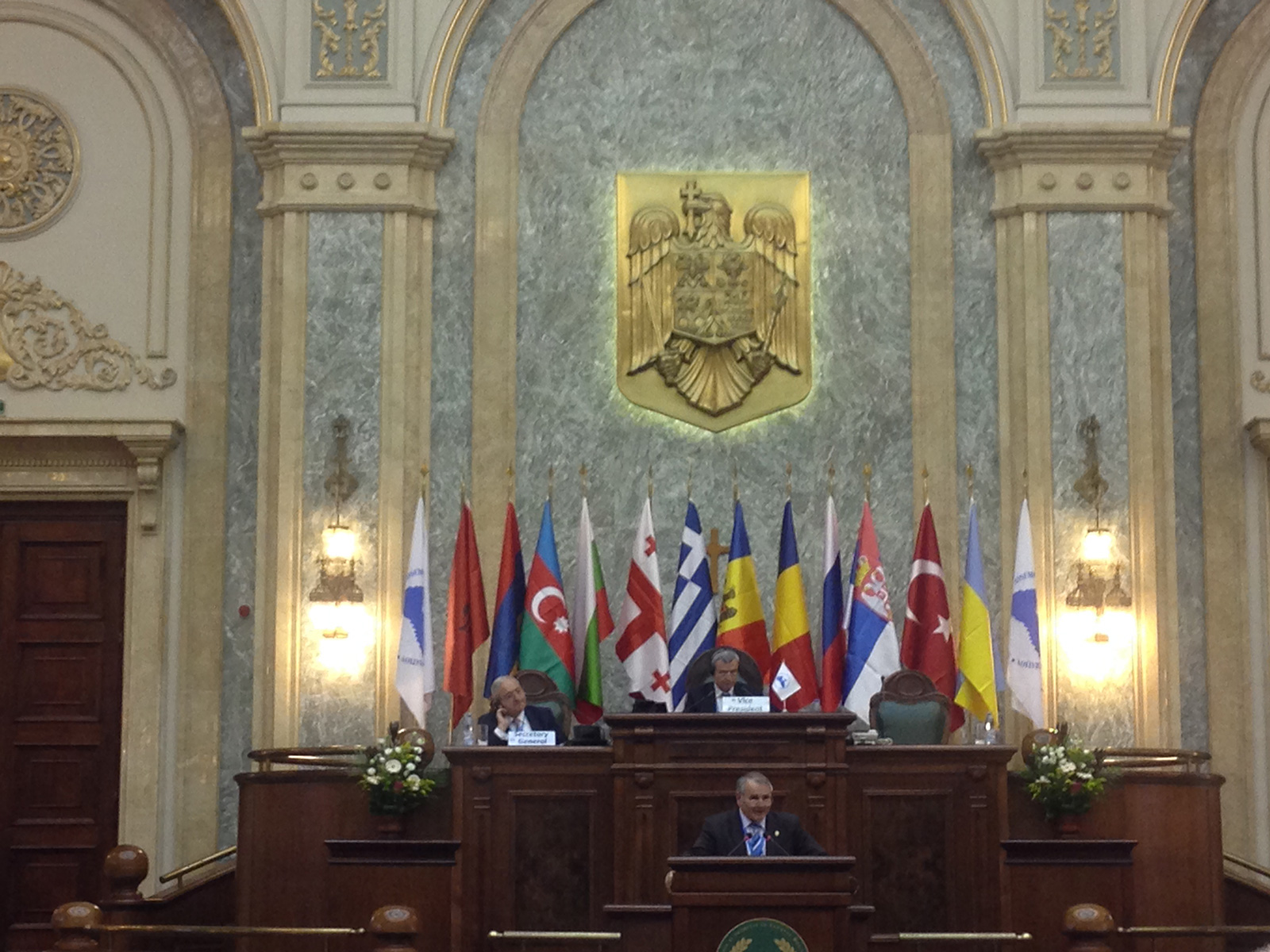 The Member of the I.A.O. International Secretariat, Member of the Chamber of Deputies of Romania Mr. Petru Andea, participated to the works of the 46th Plenary Session of the Parliamentary Assembly of the Black Sea Economic Cooperation (PABSEC) General Assembly as the I.A.O. representative with the status of observer. 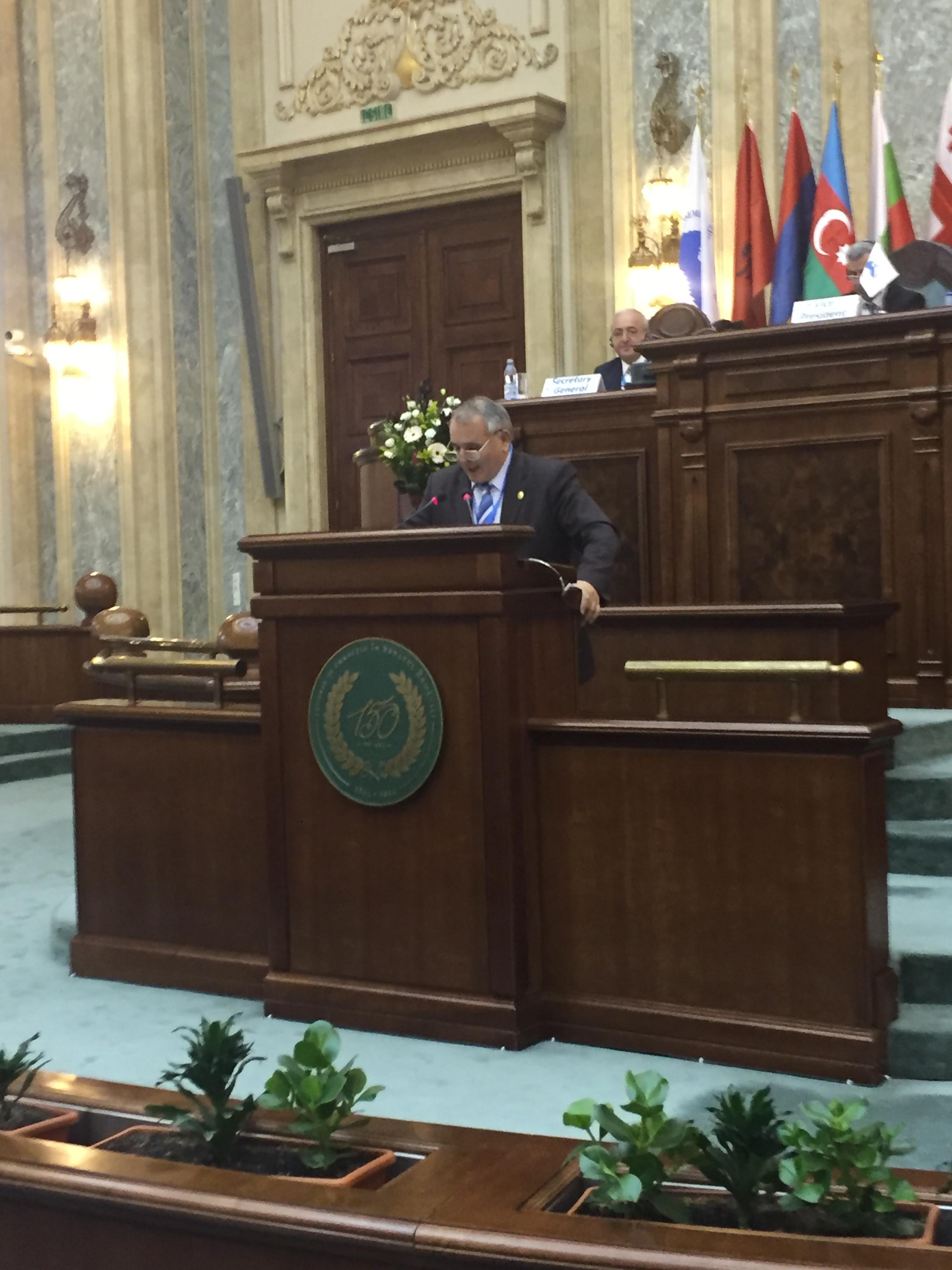 On behalf of the I.A.O. Secretary General Mr. Ioannis Amanatidis, Mr. Andea addressed the General Assembly and during his speech stressed inter-alia: “…In our days, our region but also Europe in general, is going through a dramatic situation. That of the great number of refugees, the compulsory emigration of a vast number of Syrians, Afghans and residents from the wider region of the Middle East. The Mediterranean, the Aegean Sea, instead of being a sea of peace, culture and security it has become a damp grave for newly born children in the winter’s frozen cold waters. These are our own seas, which for centuries now unite our cultures and the development efforts of our peoples for a better future for all of us. We cannot allow this dramatic situation to continue. None of us, as well as no other citizen from our countries cannot be insensitive to this situation. All of us must appeal to our governments to terminate this cannibalistic process…”.