The European Prayer breakfast was organized this year at the European Parliament. The I.A.O. Secretary General Mr. Anastasios Nerantzis participated as a key speaker at the panel discussion and was accompanied by the I.A.O. Russian Advisor prof. Valery Alekseev.

Mr. Nerantzis addressed a speech on the main subject: «I have told you these things so that in me you may have peace. In this world you will have trouble but take heart! I have overcome the world» and participated at the discussion that followed.
Mr. Lefteris Christoforou, Member of the European Parliament, Member of the I.A.O. participated at the panel discussion as well. 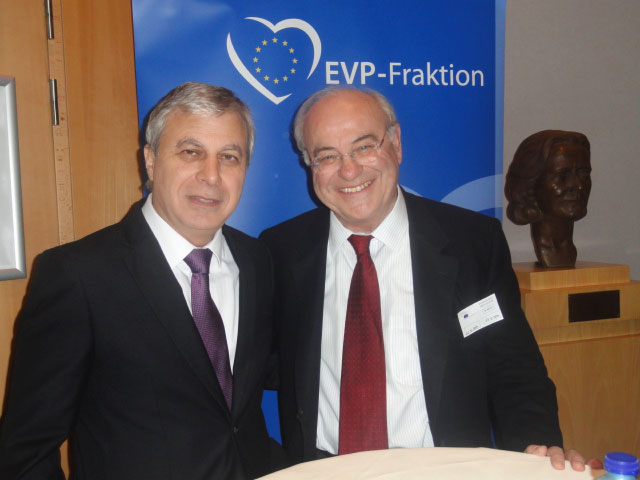 During his speech, Mr. Nerantzis, mentioned inter-alia: « … States that have disputes must realize that war can only produce disasters; for, even if they win, they will suffer enormous injuries. But even religions must exhaust their peacemaking teaching and action. It is unconceivable today, more than 2000 years after Christ’s birth, to see populations being exterminated on religious grounds (as well as on grounds of ethnicity). Pope Francis’ visit to Istanbul a couple of days ago and the Divine Liturgy jointly celebrated by the Pope and the Ecumenical Patriarch Bartholomew illustrates perfectly the adoption of this view. ».
The I.A.O. delegation also participated at the meeting organized by the European Christian Political Movement (ECPM) with subject: «Values of Europe in times of conflict». 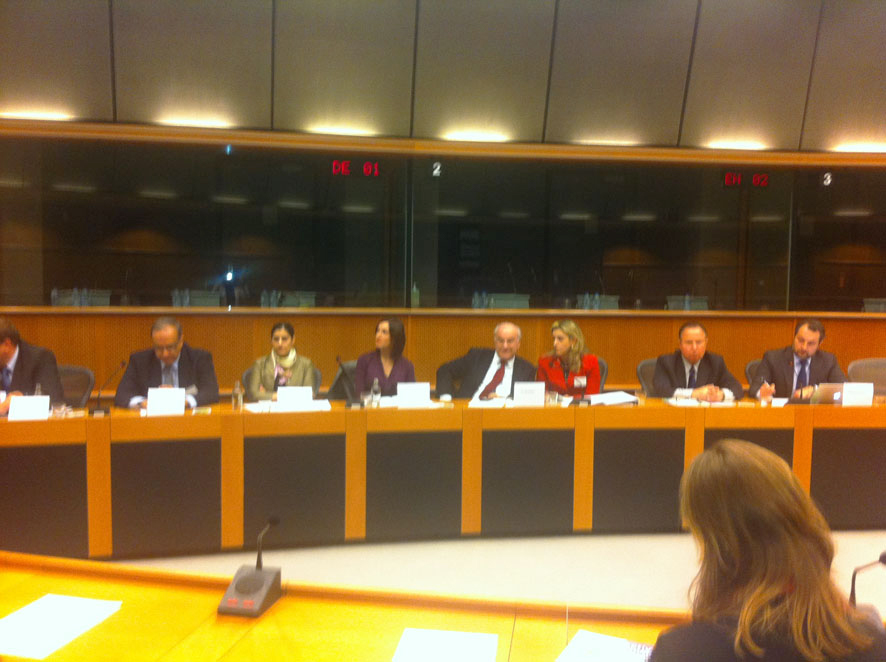 Addressing the audience on the subject of the meeting, Mr. Nerantzis specified: «….The crisis and the multiple and various ruins it has accumulated (in politics, spirituality, life, economy) awakened the blissfully dormant humanitarian reflexes of many individuals and societies. Clothes for the naked, food for the hungry, support for prisoners, assistance for youth, concern for the orphans and widows, care for the weak and elderly have found again their place, now that the crisis broke out cruelly and mercilessly. This humanitarianism, not solely or not so much as compassion, but rather as solidarity, as gentleness of thoughts and practices, stems the downward spiral of society, purifies, humanizes, brings us back to the principles of Christianity, safeguards plausibly the perpetuation of mankind…”. 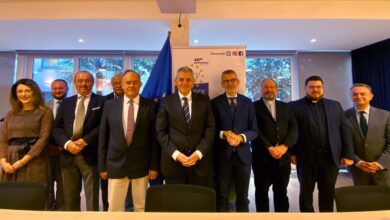