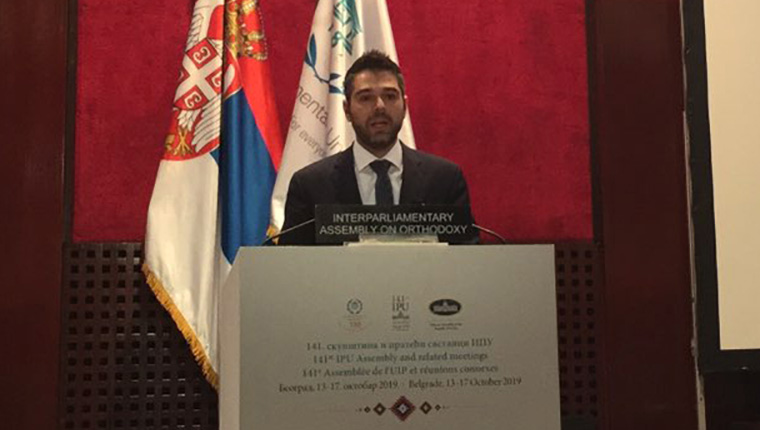 The Interparliamentary Assembly on Orthodoxy (I.A.O.) participated under the permanent observer status to the 141st Assembly of the Inter-Parliamentary Union (IPU) in Belgrade, Serbia, 13 – 16 October 2019 and was represented by the I.A.O. Member, Mr. Ioannis Sarakiotis, MP, accompanied by the I.A.O. Advisor Dr. Kostas Mygdalis. The subject of the Assembly was “Strengthening International law: Parliamentary roles and mechanisms and the contribution or regional cooperation”. 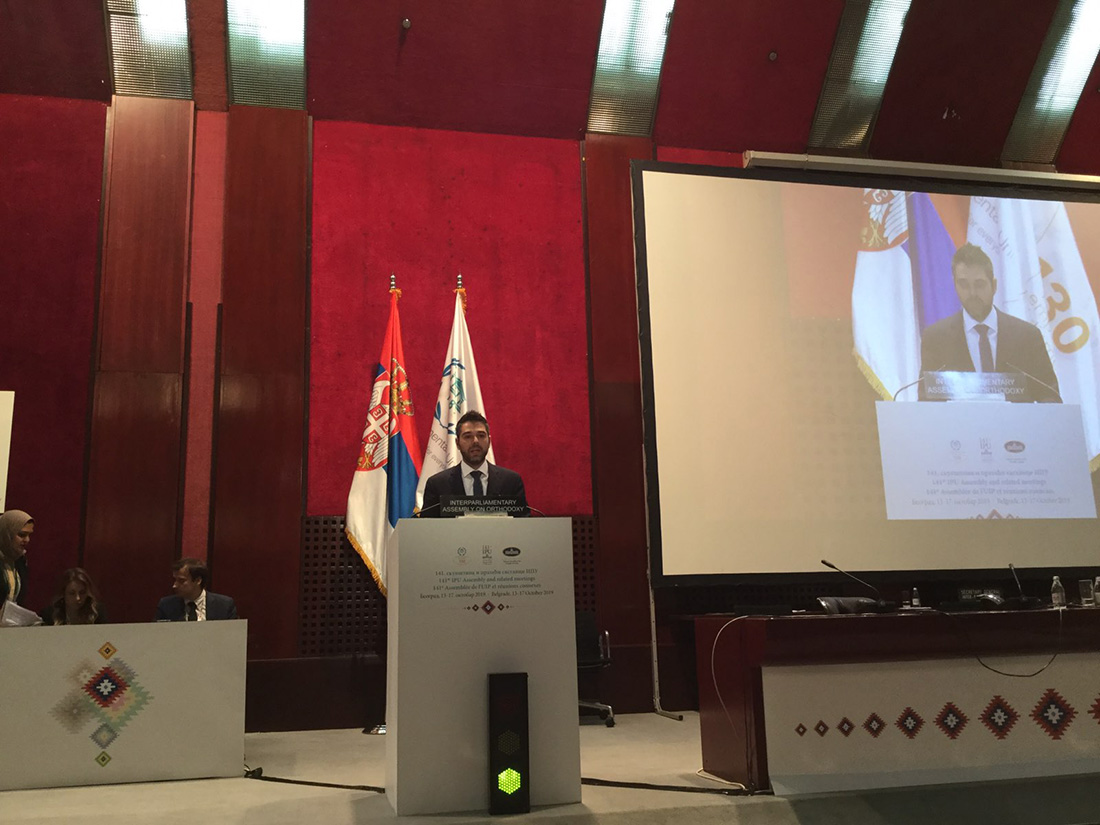 In the framework of the aforementioned event, Mr. Sarakiotis held bilateral meetings with representatives of I.A.O. Member Parliaments and read a greeting message of the I.A.O. Secretary General Dr. Andreas Michailidis, stressing inter-alia: “…Concerning this year’s General Debate topic, namely “the role and mechanisms of parliaments in strengthening international law and the contribution of regional cooperation”, I am particularly pleased, to recall the positions that the IAO has formulated for many years. The IAO in all circumstances endeavors to strengthen its faith in the principles and values of both international and European legal order, as well as the principles and values of international and regional cooperation. In addition, our Organization, since its establishment, believes in and promotes the independent parliamentarism, which per se strengthens international law… Undoubtedly, national and international parliamentary bodies enforce regional cooperation, in order to promote common interests and create the conditions for a healthy regional governance, enabling human development and international peace and security…”.