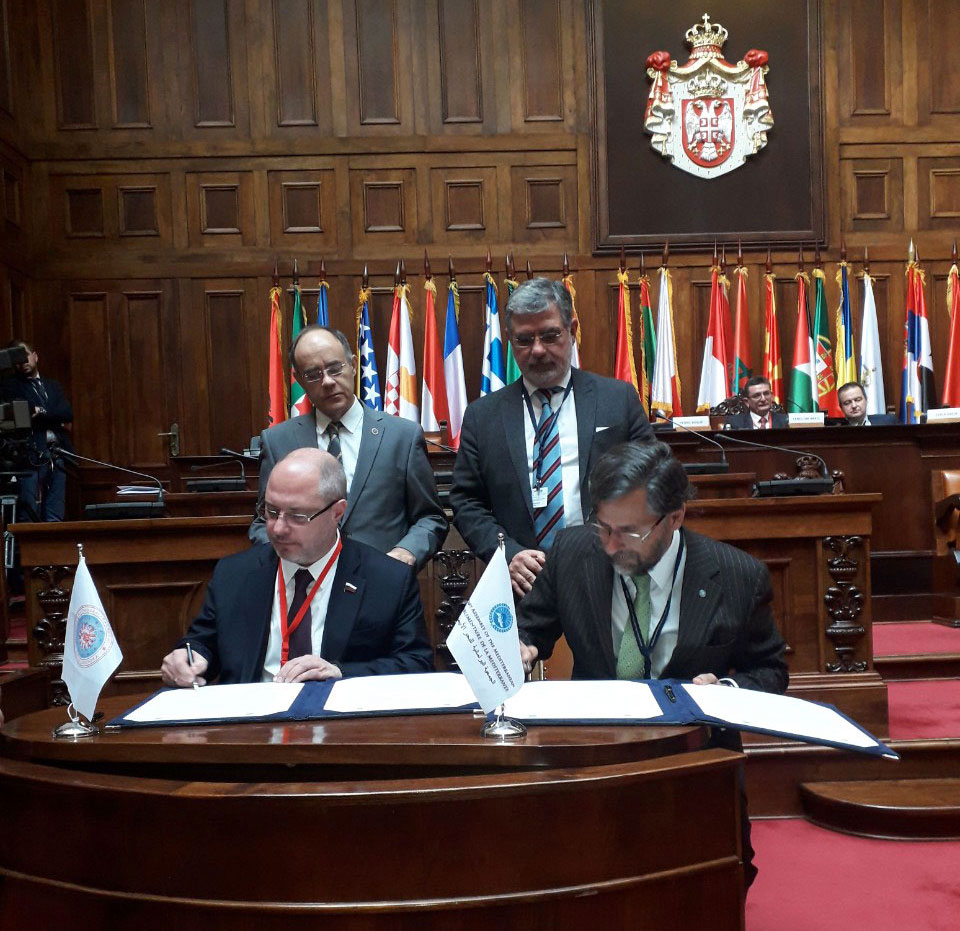 The Memorandum of Understanding between the IAO and the Parliamentary Assembly of the Mediterranean (PAM) was signed during the 13th General Assembly of the PAM in Belgrade on 21 February 2019. The MoU signing ceremony took place at the National Assembly of the Republic of Serbia during the official opening ceremony of the Plenary Session of the PAM and was signed by the Secretaries-General of the organizations Dr. Andreas Michailidis and Mr. Sergio Piazzi, as well as by the President of the IAO General Assembly Mr. Sergei Gavrilov and the President of the PAM, Mr. Pedro Roque. 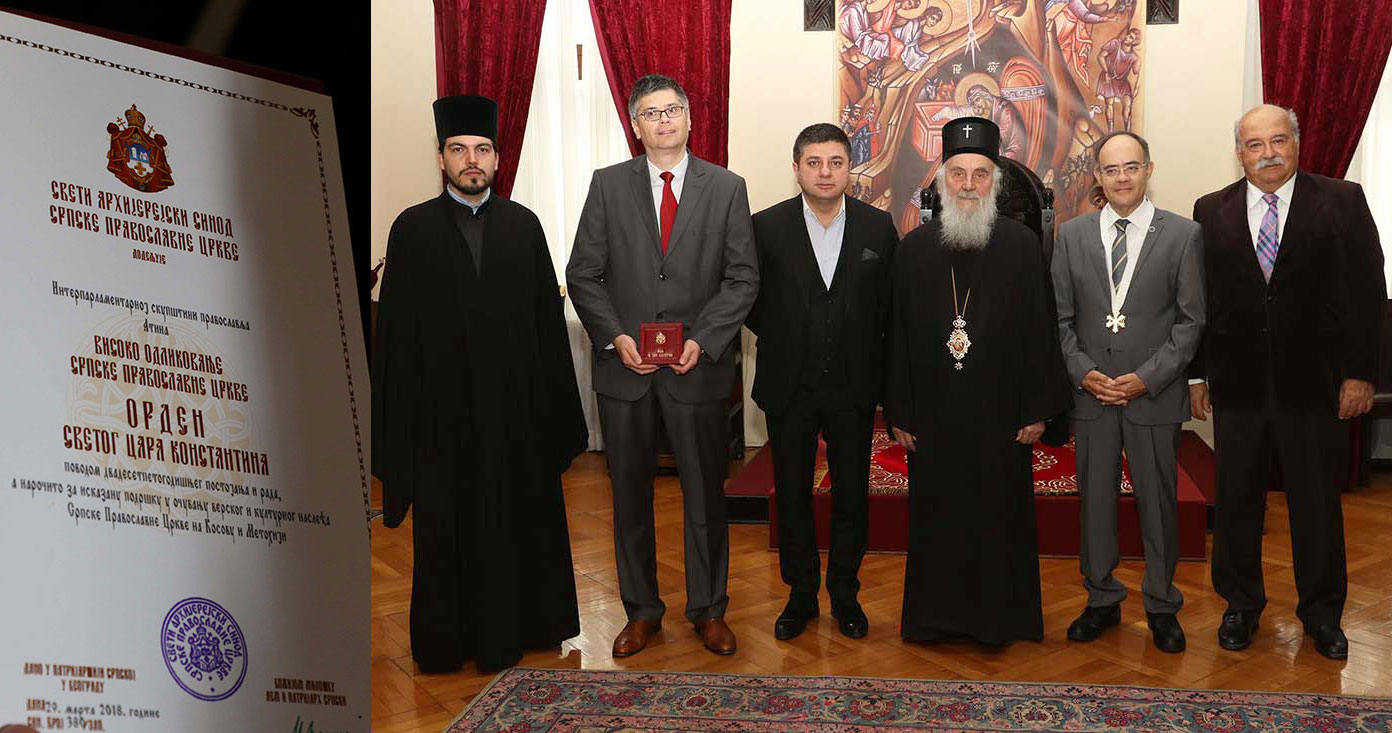 His Beatitude Irinej, Patriarch of Serbia awarded the IAO for the 25 years since its foundation with the Order of Holy Emperor Constantine, and received by the IAO Secretary General, Dr. Andreas Michailidis at the Great Hall of the Patriarchate of Serbia. This Order of Holy Emperor Constantine is presented to honor individuals and organizations who contribute towards the preservation and promotion of human values, freedom and human rights. 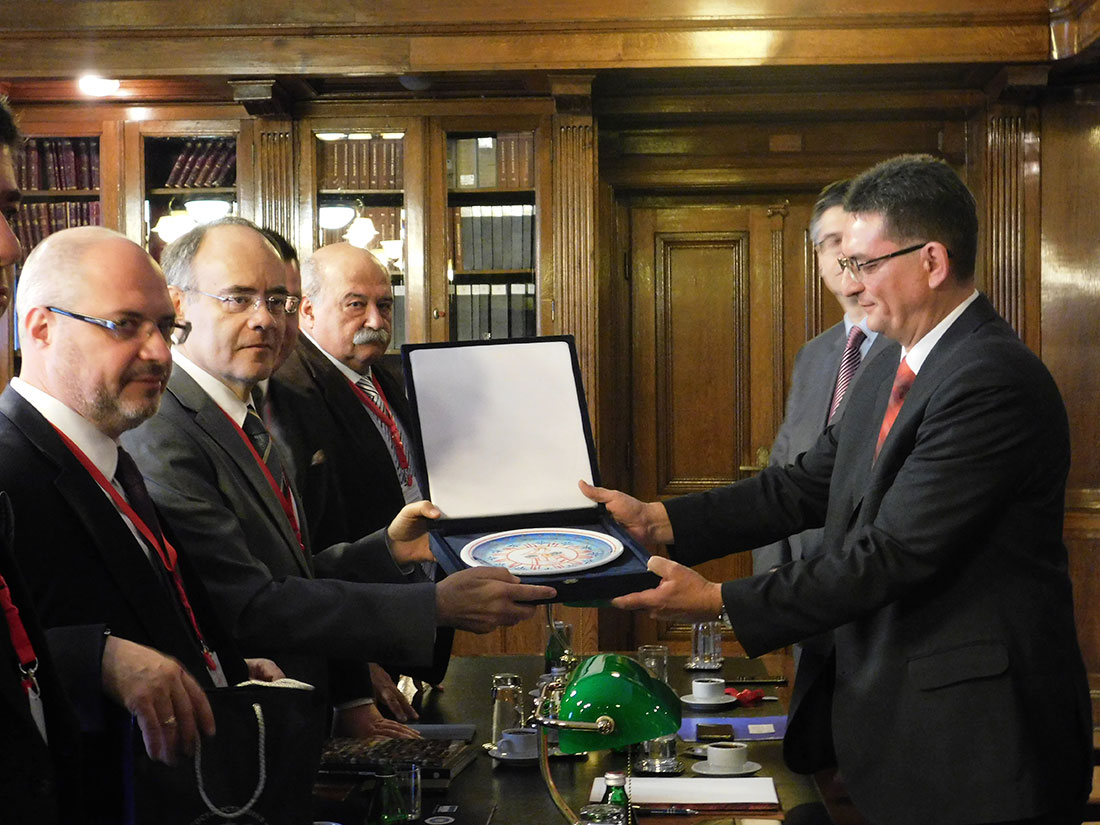 Additionally, the IAO delegation had meetings with the Deputy Speaker of the National Assembly of the Republic of Serbia, Mr. Veroljub Arsic, as well as with His Beatitude Irinej, Patriarch of Serbia.

Order of Holy Emperor Constantine awarded to the I.A.O. (Video) 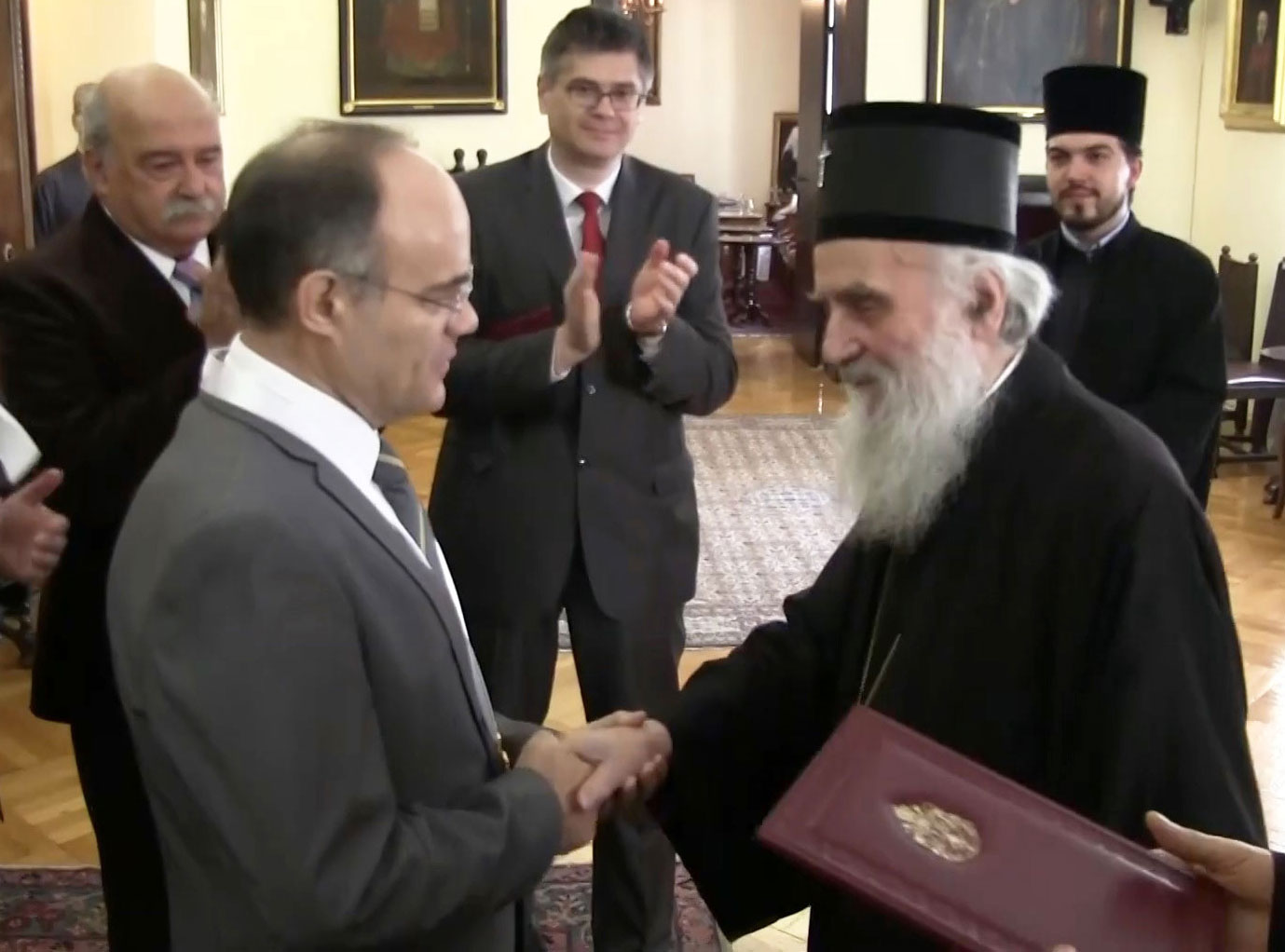