The Interparliamentary Assembly on Orthodoxy (I.A.O.), on the occasion of the festive cultural year 2016, being the ‘Year of Greece’ in Russia and the ‘Year of Russia’, as well as the anniversary of one-thousand years of Russian monks presence on Mount Athos (1016 – 2016), presented the photo and engravings exhibition: «Athos. The Holy Mountain» at the Hellenic Parliament on Thursday, 26 May 2016.
The exhibition includes historical material originating from the Mount Athos Gallery of the Holy Monastery of Simonos Petra with very rare photographic representations of persons and historical events related to Mount Athos, pictures from daily life, photos of Holy ascetic monks, Patriarchs, abbots, senior visitors, in a period ranging from the 19th century up until its millennial anniversary (1963). It also includes an exhibition of unique engravings of Mount Athos from the same collection. 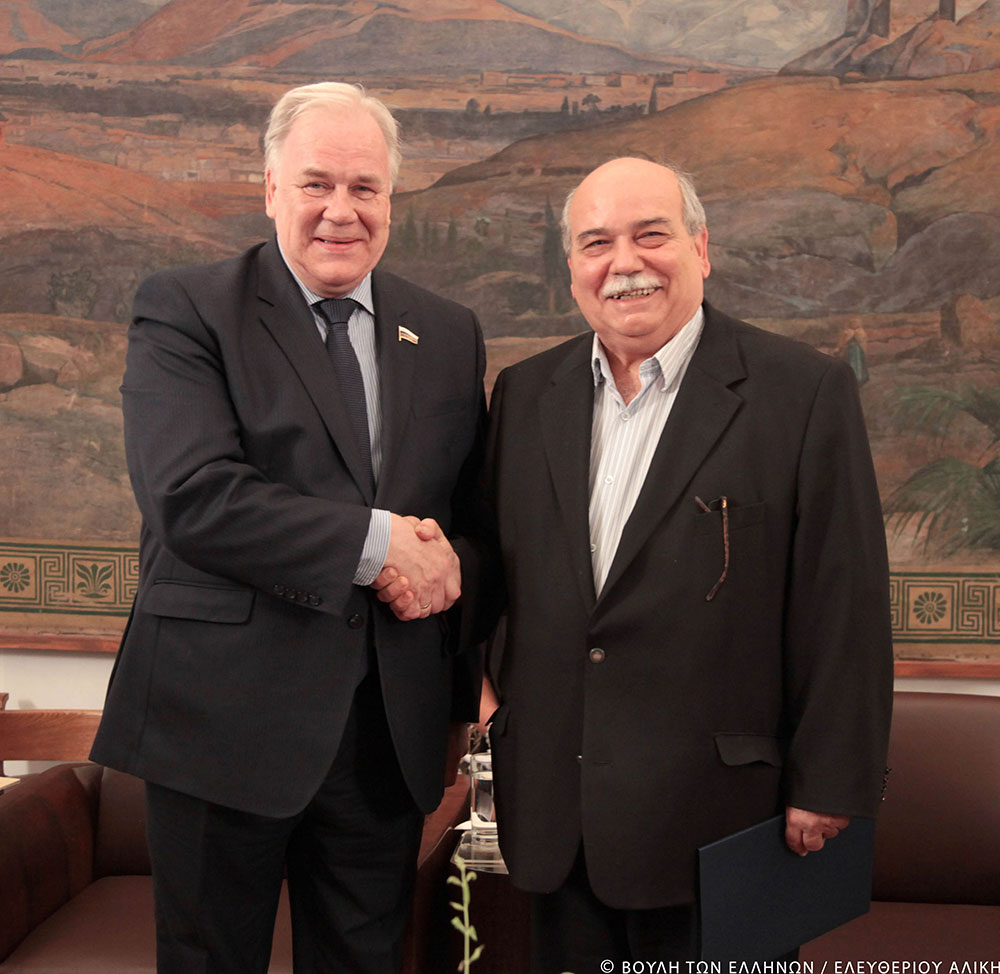 The inaugural greeting address of the Exhibition was presented by the President of the Hellenic Parliament Mr. Nikolaos Voutsis. During the opening ceremony, speeches were presented by the President of the I.A.O. General Assembly Mr. Sergey Popov and the I.A.O. Secretary General Mr. Ioannis Amanatidis. Greeting message of His All Holiness The Ecumenical Patriarch Bartholomew was read by His Grace Kyrillos, Bishop of Abydos, while greeting message of His Beatitude Ieronymos, Archbishop of Athens and All Greece was read by His Grace Iakovos, Bishop of Thavmakos. Members of the I.A.O., representatives of other religious denominations, representatives of state, civil and military authorities, participated at the opening ceremony of the Exhibition.