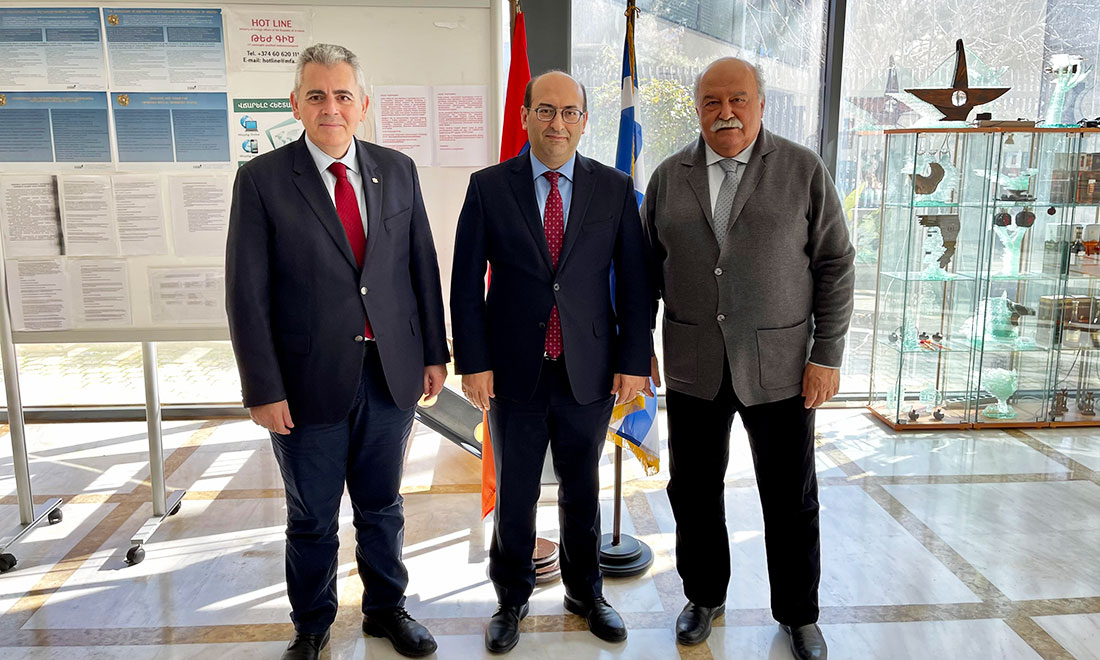 “The Armenian parliament is one of the founding members of the Interparliamentary Assembly on Orthodoxy (I.A.O.), and our colleagues from the Armenian parliamentary delegation are actively involved in our work. We had a constructive cooperation with the new ambassador of Armenia in Athens because of the pre-selection of Yerevan as the city that will host our next General Assembly.” The above was underlined by the Secretary-General of the Interparliamentary Assembly of Orthodoxy, member of the Greek Parliament, Dr. Maximos Charakopoulos, after the meeting he had with the new Ambassador of the Republic of Armenia to Greece, Mr. Tigran Mkrtchyan. During the meeting, which was also attended by the Advisor of the I.A.O., Dr. Kostas Mygdalis, the Ambassador was informed about the decision of the international institution to hold its next 29th General Assembly in the capital of Armenia, Yerevan. The confirmation of this decision is expected at the spring meeting of the International Secretariat of the I.A.O. in Milan in the end of March 2022. 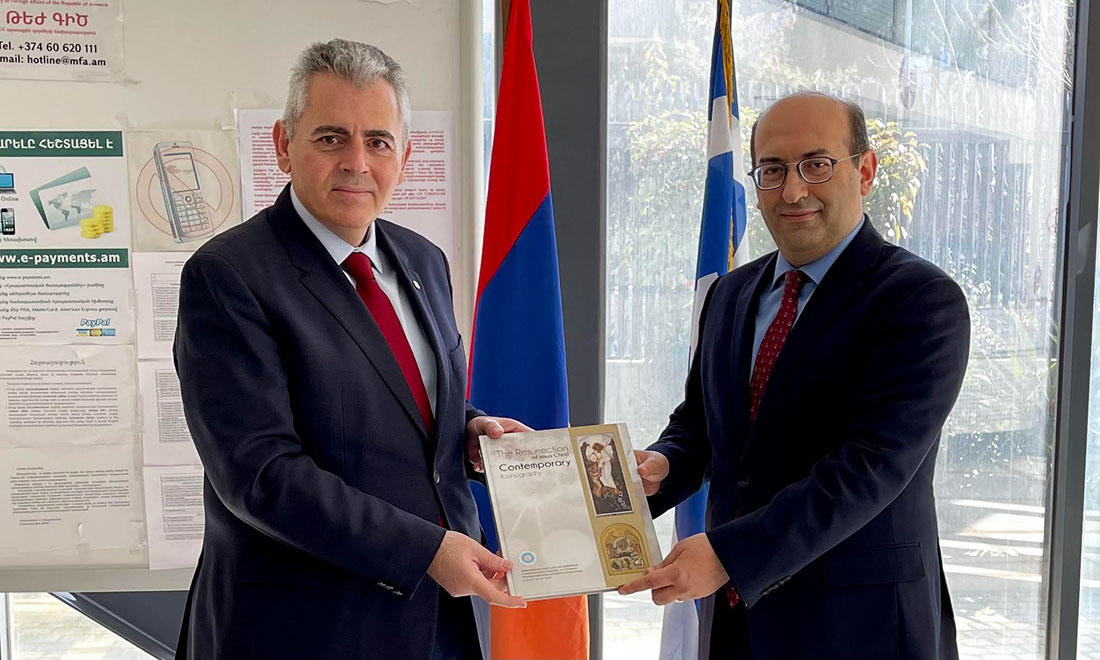 The head of the I.A.O. informed the Armenian diplomat about the upcoming edition of the Volume “Hagia Sophia: The churches of God’s Wisdom around the world” in Armenian. The volume includes presentations of 37 monumental historic churches, from Scotland to China, dedicated to the Wisdom of God. Extensive discussion took place on the status of the Armenian monuments in Nagorno-Karabakh (Artsakh), which are now under the ownership of Azerbaijan. This issue has already considered the I.A.O., which after the meeting of the Spring International Secretariat on 17.03.21, had appealed for the need to protect the monuments of world culture from decisions and actions that threaten them with destruction, falsification of identity, or alteration of their character. In the Statement the I.A.O. called on the UN and UNESCO to protect the cultural wealth and monuments of Armenians, which are now under the administration of Azerbaijan and to prevent changes in their use or destruction. Mr Maximos Charakopoulos underlined that “these monuments are not only Armenian and Christian, but monuments of the world cultural heritage. Any delay or lack of interest will be unforgivable if it causes irreparable damage to monuments that belong to all of humanity”. Before his departure the I.A.O. Secretary General offered Mr. Mkrtchyan the volume with awarded at the international contest icons on the Resurrection and finally, the two men agreed to meet again, immediately after the work of the spring International Secretariat of the institution in Milan. 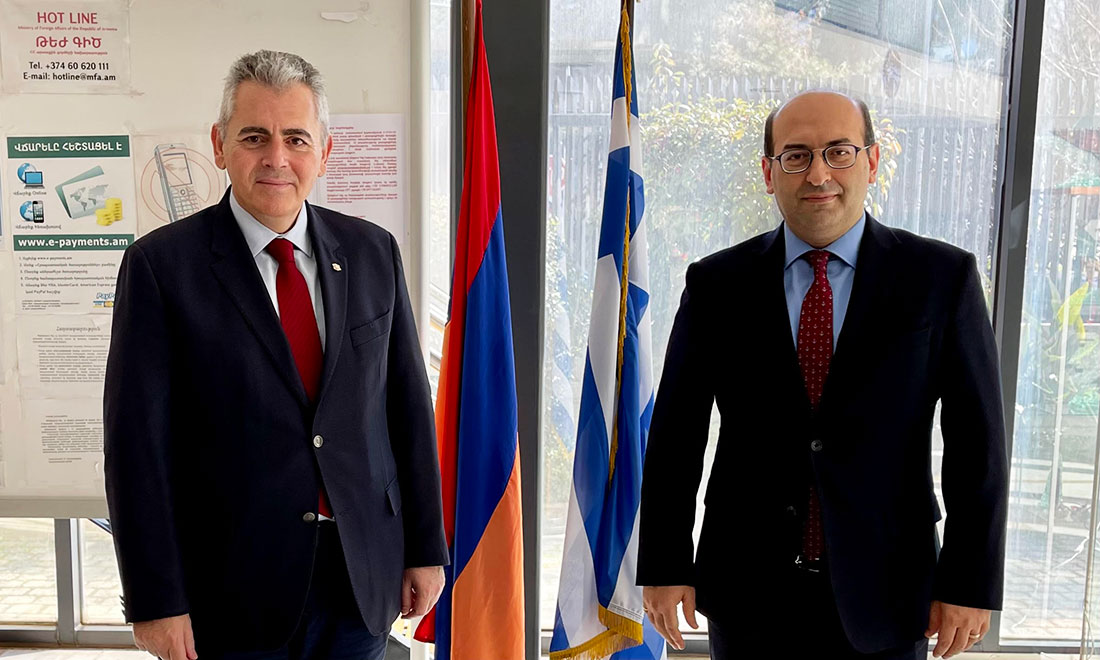 Athens, February 10, 2022. Meeting of Maximos Charakopoulos with the new Ambassador of Armenia