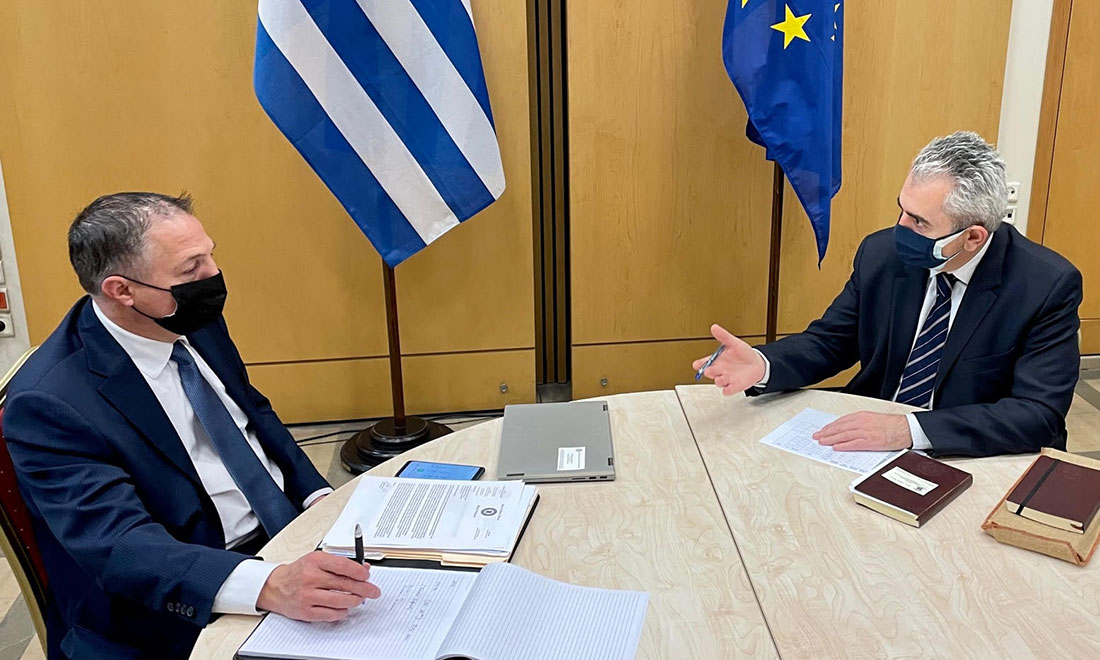 The Secretary General of the Interparliamentary Assembly on Orthodoxy (I.A.O.), Member of the Hellenic Parliament, Mr. Maximos Charakopoulos held a meeting with the President of the World Hellenic Inter-Parliamentary Association (WHIA) Greek-American Senator of the State of Rhode Island (USA), Mr. Leonidas Raptakis (Lou Raptakis) on April 22 2021, during his visit to Athens for bilateral meetings with the political leadership.

During the meeting, Mr. Charakopoulos informed Mr. Raptakis in detail about the initiatives undertaken by the I.A.O. on raising public awareness about the conversion of Hagia Sophia to a mosque by the Turkish leadership. Mr. Charakopoulos also requested the assistance of the institution led by Mr. Raptakis on the issue for the persecution of Christians in various regions of the world, especially in the Middle East, having as objective the return of Christian refugees to their ancestral homes.

Closing the meeting, Mr. Charakopoulos invited Mr. Raptakis to participate in the works of the I.A.O. General Assembly, which is expected to be held in Crete in July 2021. 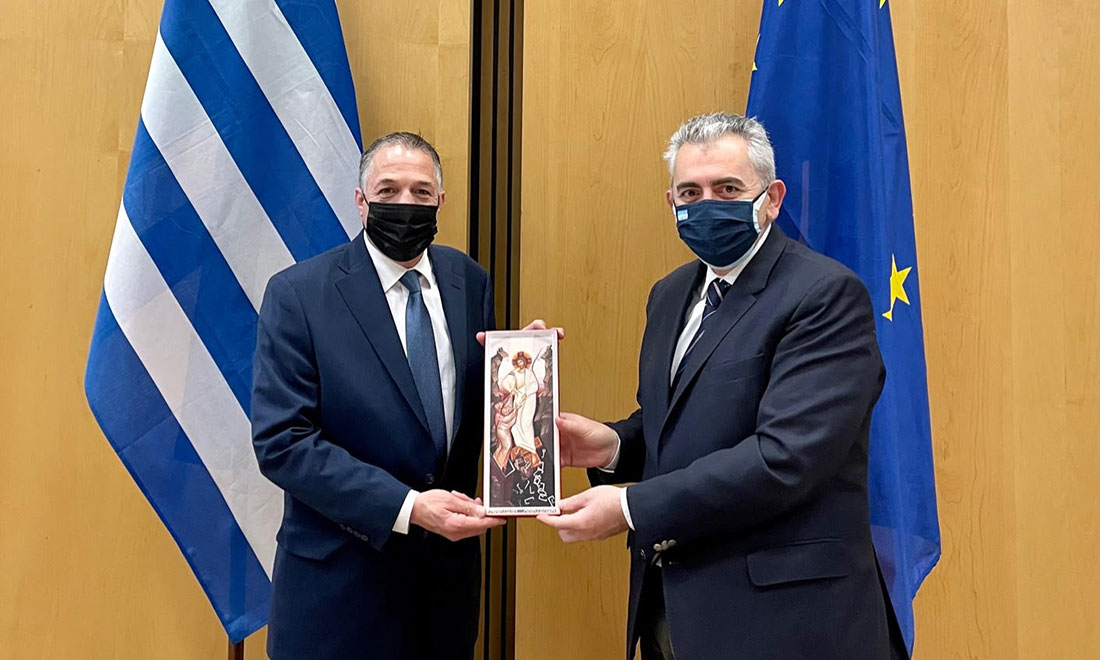