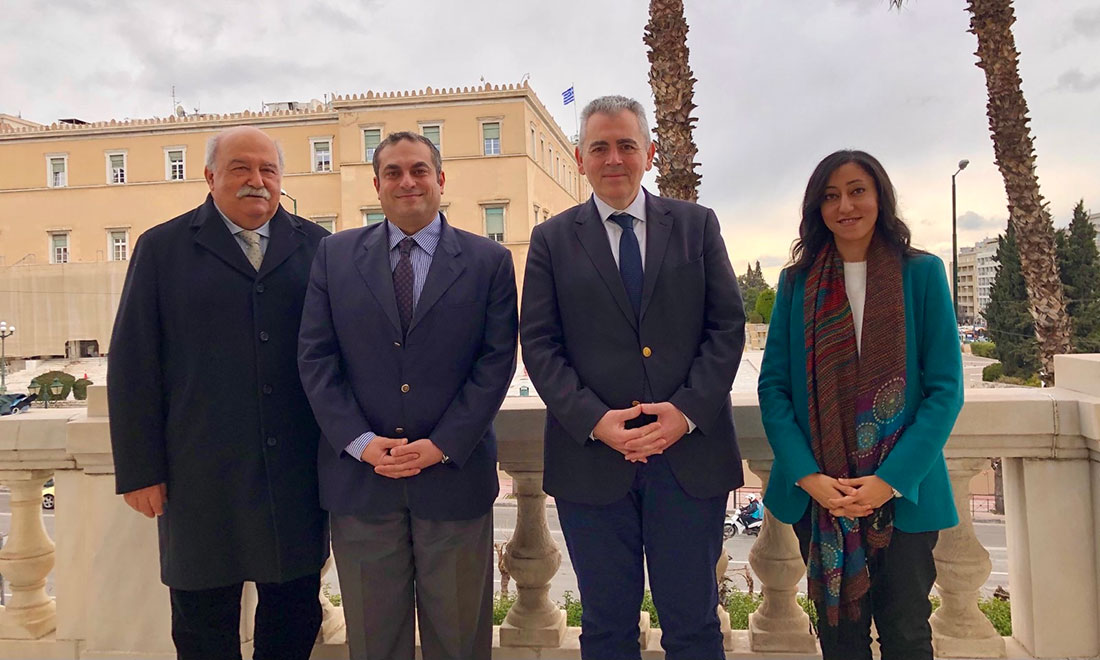 The upgrading of the relations between the Interparliamentary Assembly of Orthodoxy and the Egyptian Parliament was at the center of the meeting of the Secretary General of the Interparliamentary Assembly of Orthodoxy (I.A.O.), member of the Greek Parliament, Dr Maximos Charakopoulos with the Deputy Ambassador of the Arab Republic of Egypt in Athens, Mr Mohamed El Ghazawy. During the meeting, which was also attended by the Advisor of I.A.O. Dr Costas Mygdalis, there was constructive cooperation in planning an official visit of the leadership of the international institution of the Orthodox parliamentarians in Egypt. During the visit, several meetings are expected with the country’s religious leaders and the Speaker of the Egyptian House of Representatives to deepen relations between the I.A.O. and the Egyptian Parliament by appointing a formal national parliamentary delegation to the inter-parliamentary work. Up to the present, within the I.A.O., which is attended by delegations of MPs from parliaments of 25 countries, the Egyptian Coptic MPs have observer status. Finally, the Egyptian diplomat was informed about the multilingual edition of the volume “Hagia Sophia: The Churches of God’s Wisdom around the World”, which will also be published in Arabic. 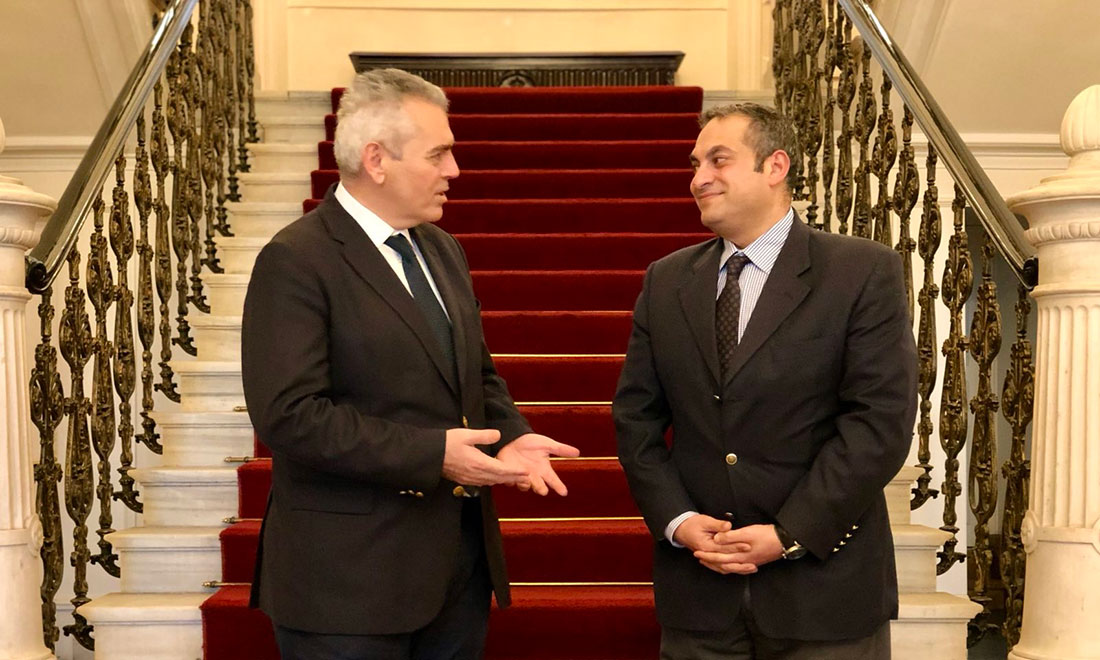 The I.A.O. desires to present the volume in Egypt, where is based the second throne of Orthodox world the patriarchate of Alexandria, however there are a compact and large Christian community of Copts, which is well represented in the Egyptian community. Mr Maximos Charakopoulos presented to the Deputy Ambassador of the Arab Republic of Egypt in Athens the minutes of the international conference of the I.A.O. in Beirut on the “Coexistence of Christians and Muslims in the Middle East”, as well as the publication for the destruction of Eastern Christian monuments. 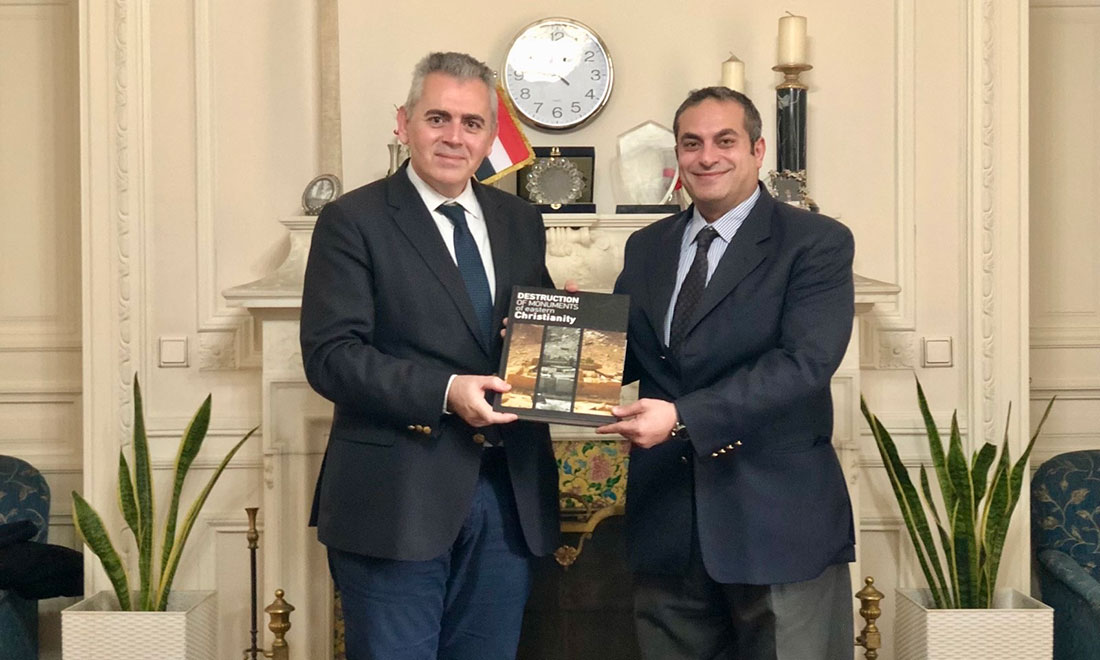