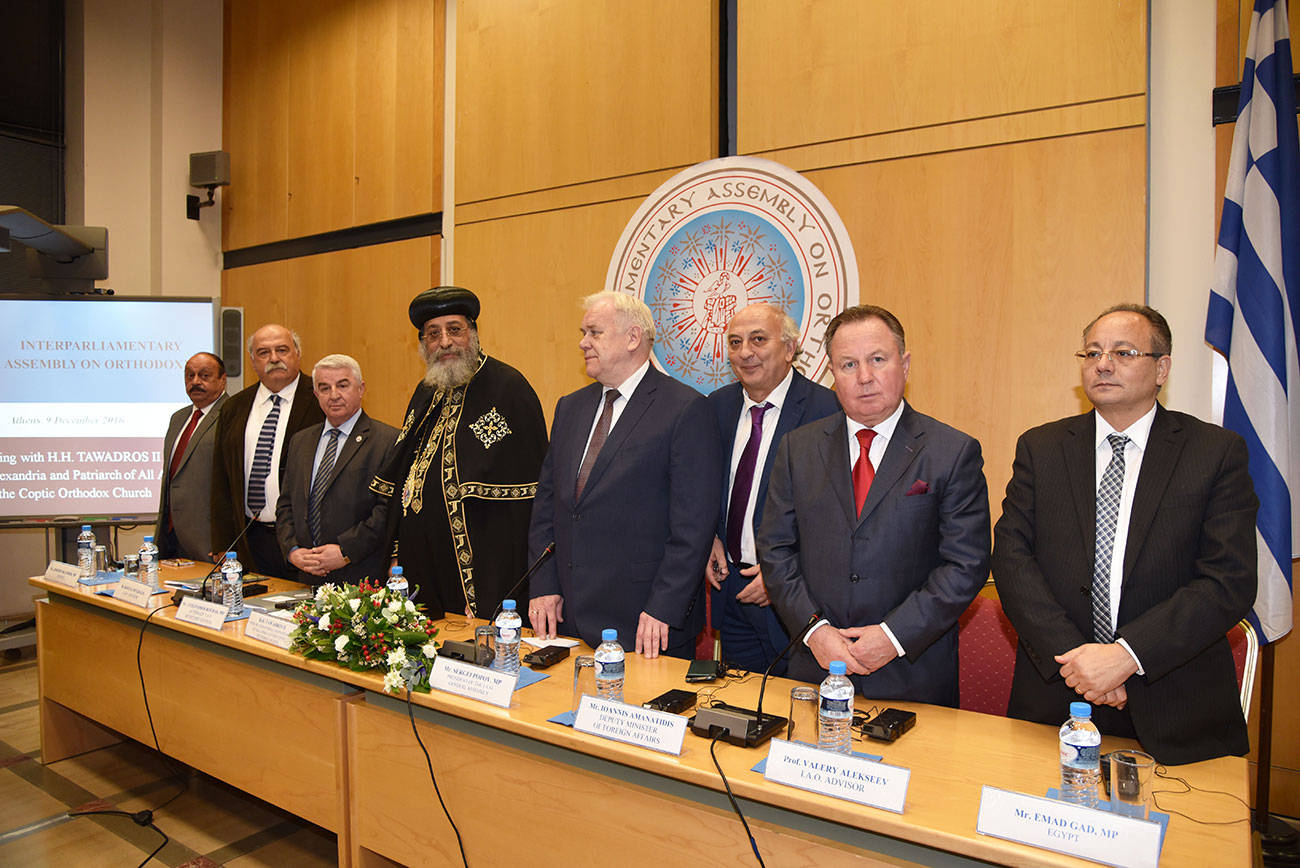 The works of the International Secretariat and Committee Chairpersons and Rapporteurs of the Interparliamentary Assembly on Orthodoxy successfully held at its seat in Athens
Members of Parliaments from Armenia, Albania, Bulgaria, Cyprus, Egypt, Georgia, Greece, Hungary, Jordan, Lebanon, Romania, Russian Federation, Sudan and Syria participated at the meeting.
Moreover, during the discussion on issues included in the agenda His Eminence Archbishop John of Zambia & Malawi, coordinator of the I.A.O. activities in Africa, has also been appointed the liaison between the I.A.O. and the Pan-African Parliament and Mr. KAVVATHAS, George, President of the Hellenic Confederation of Professionals, Craftsmen & Merchants (GSEVEE), participated as well. 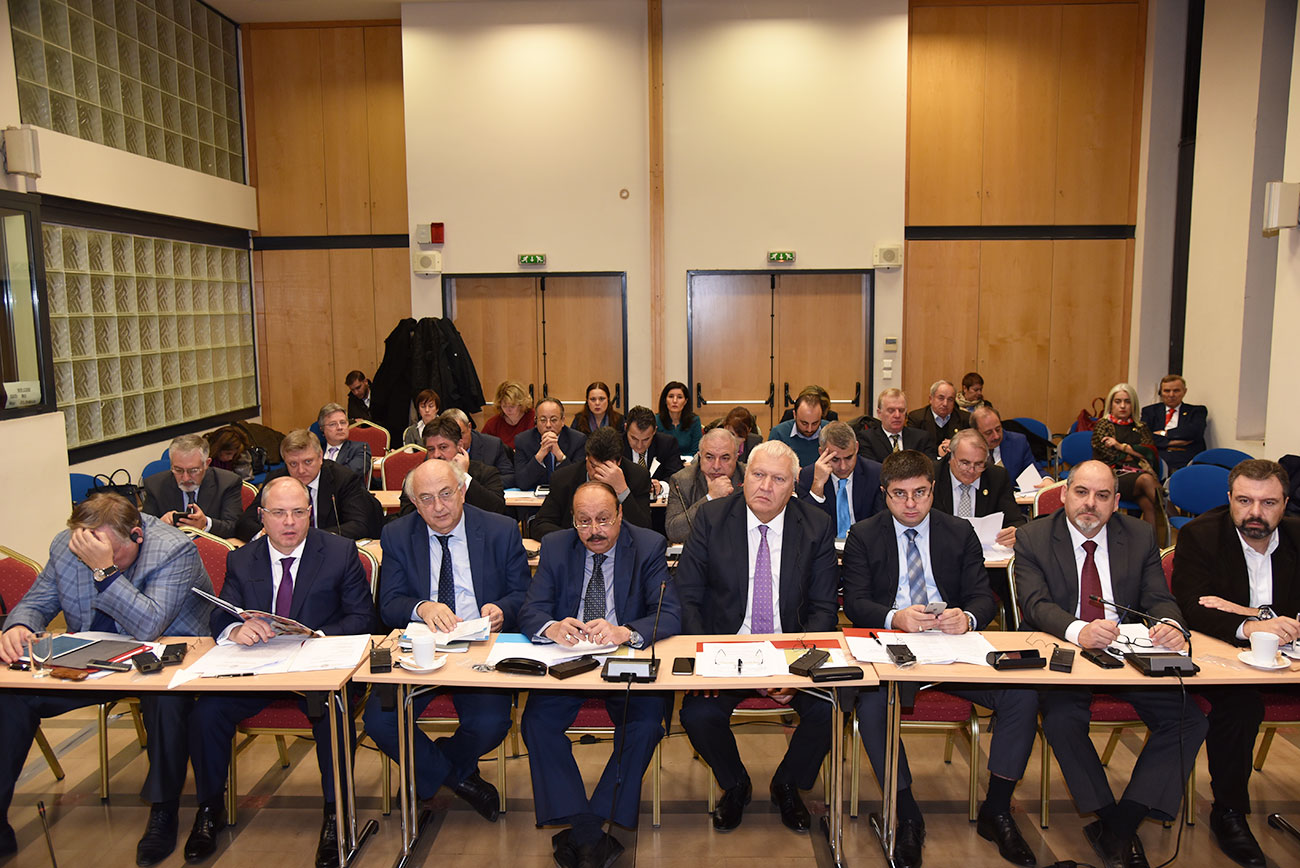 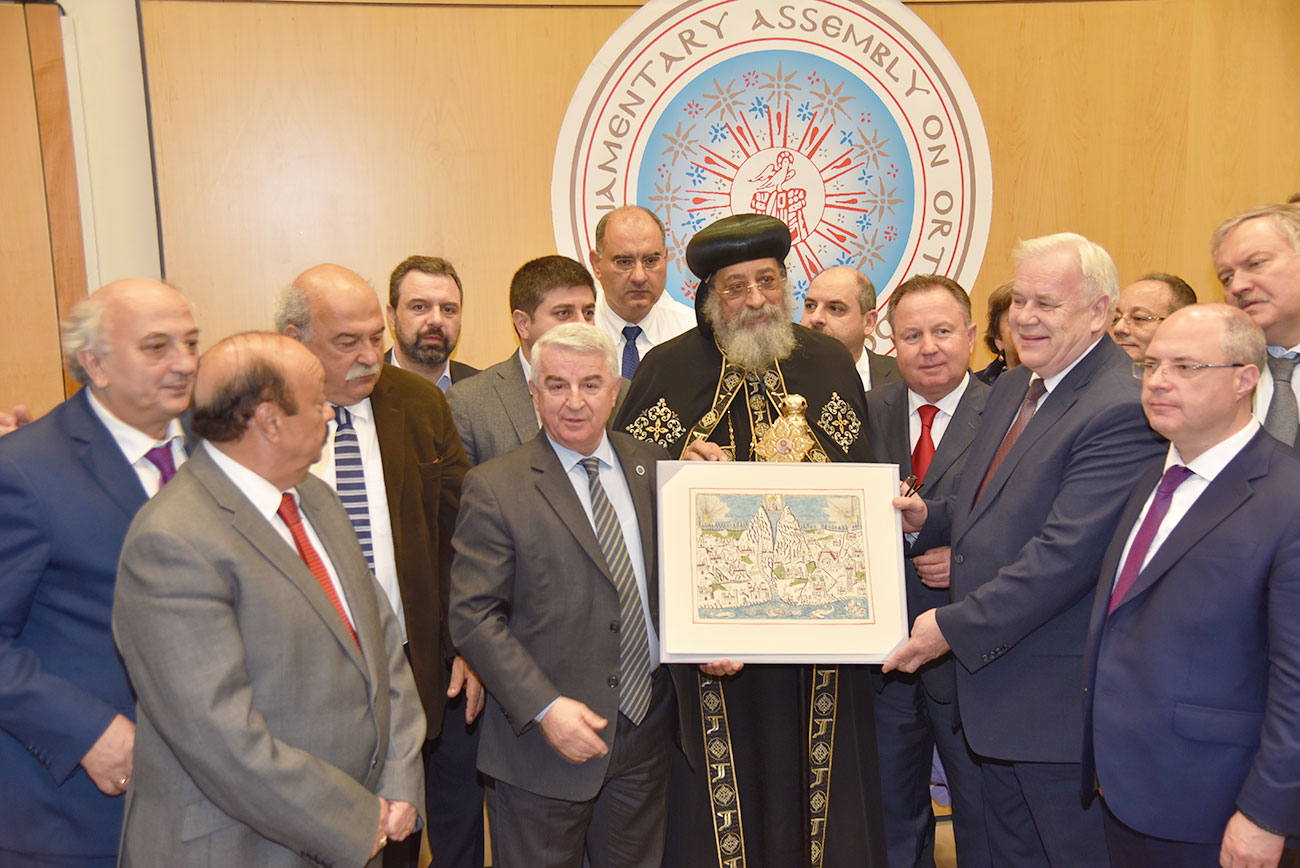 It is worth noting that the I.A.O. International Secretariat and Committee Chairpersons and Rapporteurs welcomed at its seat, H.H. Tawadros II, Pope of Alexandria and Patriarch of All Africa of the Coptic Orthodox Church. During the meeting the patriarch was briefed on the I.A.O. activities, as well as on the prospect for permanent cooperation with the Parliament of Egypt.

Athens, 8-9 December 2016. Meeting of the I.A.O. International Secretariat and Committee Chairpersons and Rapporteurs