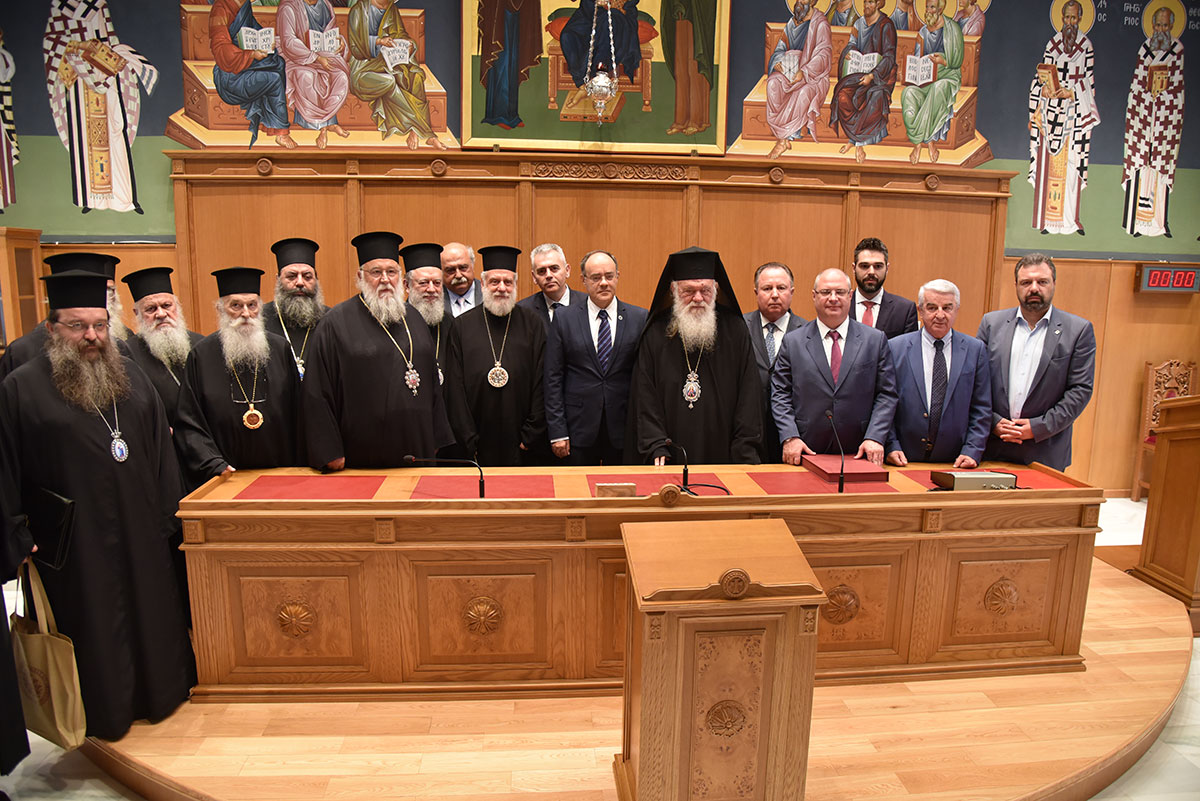 A delegation of the Interparliamentary Assembly on Orthodoxy (I.A.O.) realized a meeting with the Standing Holy Synod of the Church of Greece. The meeting was held at the seat of the Holy Synod during its regular monthly assembly, presided by His Beatitude Ieronymos II, Archbishop of Athens and all Greece.

The Standing Holy Synod was briefed of the 25 year course of I.A.O. activity, exchanged views and His Beatitude Ieronymos II, Archbishop of Athens and all Greece announced that a honorary letter will be drafted and presented to the I.A.O. “since the Interparliamentary Assembly on Orthodoxy (I.A.O.) is the only interparliamentary entity contributing to the recognition and promotion of Christianity principles in the field of politics and parliamentarism, in the cradle where laws and decrees are drafted, and to the preservation and delivery of the principles of Orthodox Christians’ identity and cultural personality”. 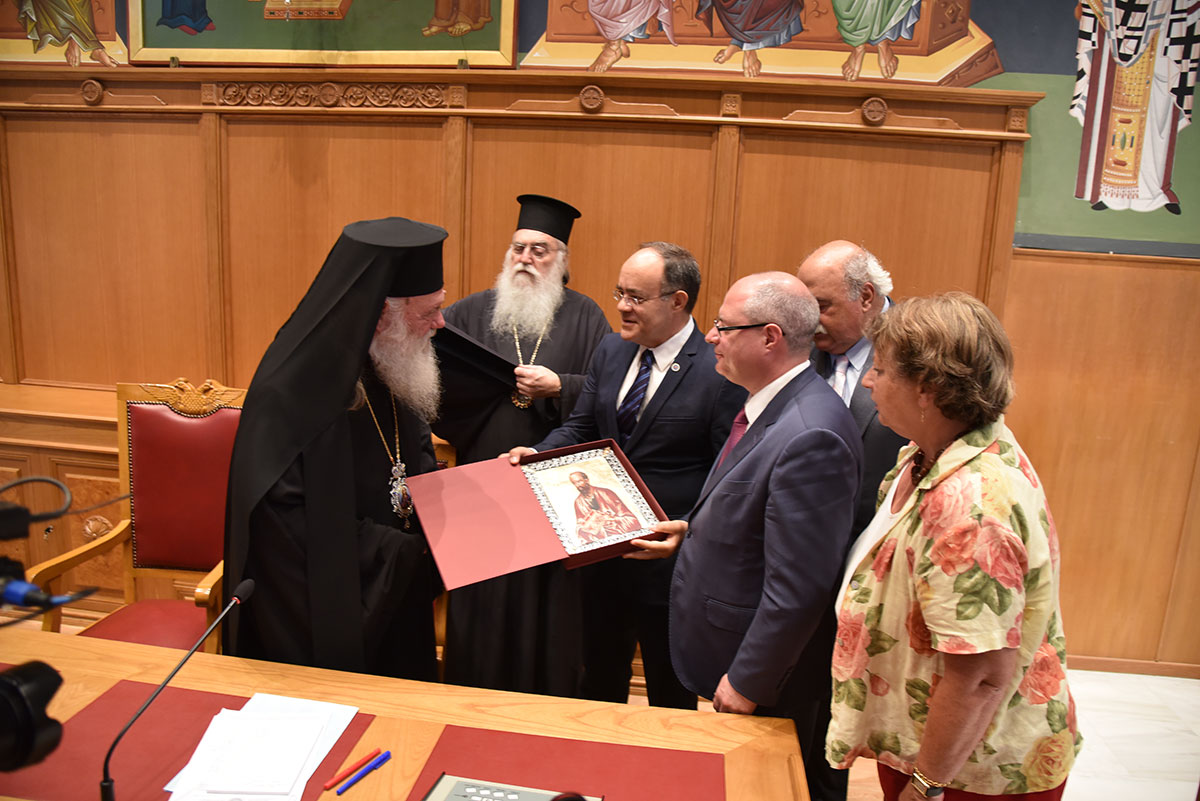 Athens, 7 June 2018. Meeting of I.A.O. delegation with the Standing Holy Synod of the Church of Greece