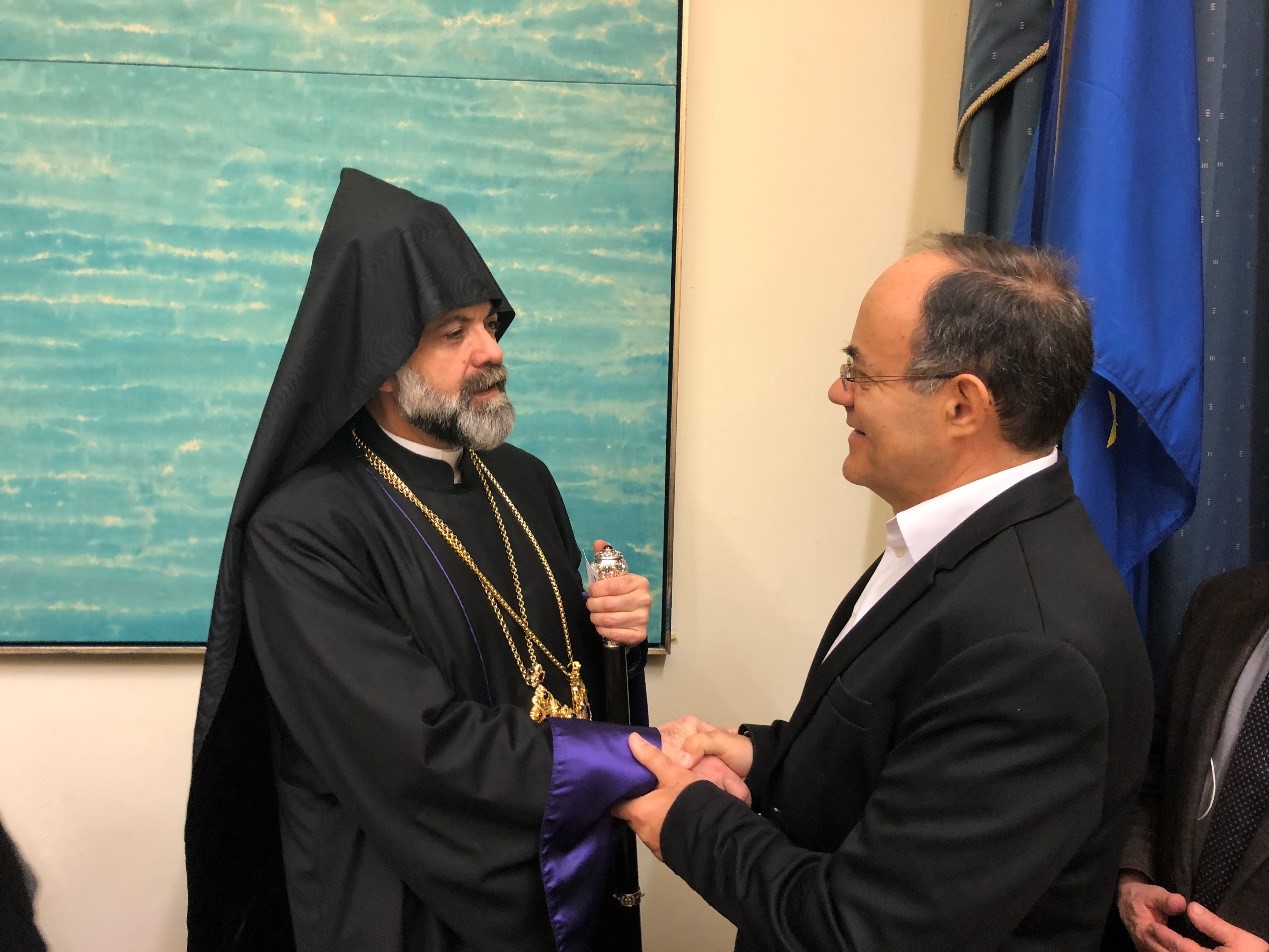 On Tuesday, 6 February 2018 a brief meeting was held of the I.A.O. Secretary General Mr. Andeas Michailidis and I.A.O. Alternate Secretary General Mr. Athanasios Bouras, with the newly– elected Metropolitan of Orthodox Armenians of Greece His Eminence Archbishop Kegham Khatcherian accompanied by members of the new Bureau of the National Central Council of the Metropolis of Orthodox Armenians of Greece.

During the aforementioned meeting, the participants exchanged views on currents issues and they agreed to renew their cooperation at a future meeting.