“On the occasion of the imminent visit of His Holiness the Pope of Rome Francis to Greece, we took the initiative to inform His Excellency the Apostolic Nuncio of the Holy See in Athens on the I.A.O. goals and initiatives. We are particularly pleased that we all agree on the need to coordinate Christians in joint actions on major issues of universal interest, such as the protection of Christians in the Middle East, but also the rescue of Christian monuments from vandalism and arbitrary interventions, such as unacceptable change of the status of the Hagia Sophia of Istanbul into a mosque. We can also find common ground on the issue of promoting the Christian traditions of Europe, in the context of the debate on the future of our continent and in the formation of our common European identity in general”. The Secretary General of the Interparliamentary Assembly on Orthodoxy (I.A.O.) Dr. Maximos Charakopoulos declared the abovementioned, following the official visit to the Apostolic Nunciature in Athens, where a meeting was realized with the Archbishop Savio Hon Tai-Fai. During this meeting, in which the I.A.O. Advisor Dr. Kostas Mygdalis was present, the I.A.O. Secretary General informed the head of the Ambassadorial Authority of the Holy See on the activities of the Organization concerning the raising of awareness of the international public opinion on the Hagia Sophia issue and the publication of the Volume “The Wisdom of God Churches in the World”, which includes contributions from distinguished academics and photographic material dedicated to the 37 emblematic Hagia Sophia Churches, with first and foremost the Hagia Sophia Church of Istanbul. Moreover, the proposal for joint events of Orthodox and Catholic institutions for the year 2025, when the Common Easter of All Christians coincides with the anniversary of 1700 years since the First Ecumenical Synod of Nicaea was discussed and in that framework possibilities of further cooperation were searched for. The I.A.O. Secretary General offered to Nuncio the volume published by the DSO with the hagiographies of an international competition on the subject of the “Resurrection of Jesus Christ”. 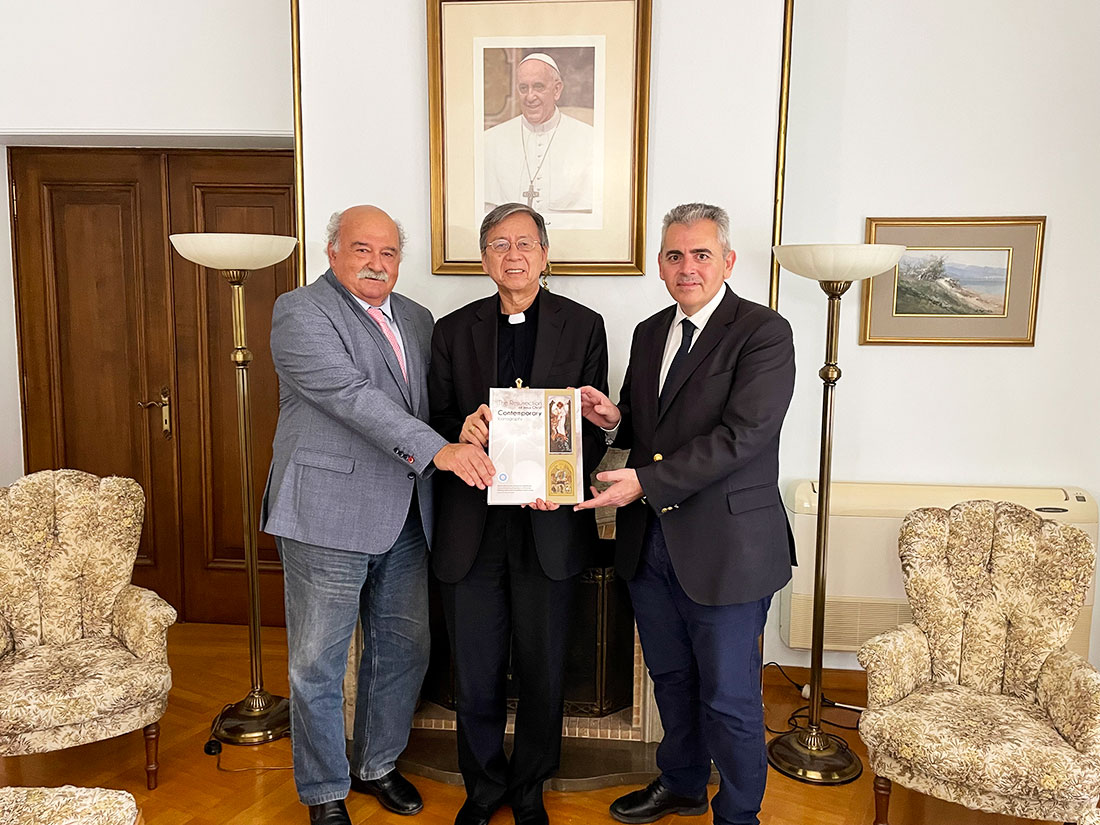 Athens, 3 November 2021. Official visit of the I.A.O. Secretary General at the Apostolic Nunciature of the Holy See in Athens