The Secretary General of the Interparliamentary Assembly on Orthodoxy (I.A.O.) Mr. Anastasios Nerantzis accompanied by the I.A.O. Advisor Mr. Kostas Mygdalis had a meeting with His Beatitude John X, Patriarch of Antioch and all the East, who is currently visiting in Athens for a few days. 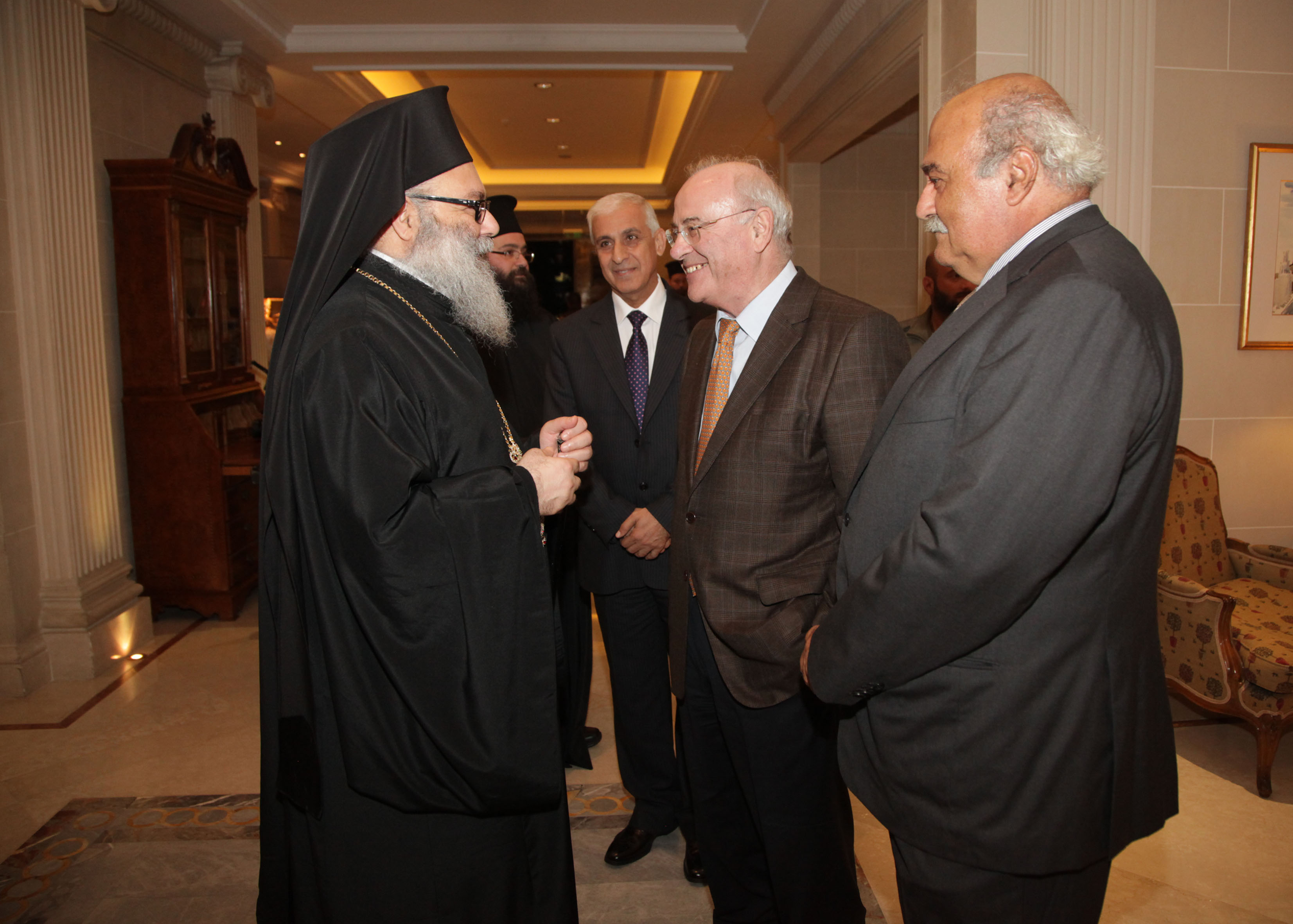 Mr. Nerantzis conveyed to His Beatitude greetings and warm wishes from the President of the I.A.O. General Assembly and the members of the I.A.O. International Secretariat.

The meeting was conducted in an atmosphere of sincerity and understanding. His Beatitude described the plight of Christians, and mainly Orthodox in the wider region of Middle East and requested support for the Patriarchate.

In addition, the I.A.O. Secretary General Mr. Anastasios Nerantzis, briefed His Beatitude on the overall I.A.O. activity and especially its activity on the Christian Orthodox in the Middle East (drafting and distributing resolutions to International Organizations and State Governments – contacting Primates of Churches and Government Ministers – programming future meetings with the Intergroup of the European Parliament on freedom of religion or belief).

Finally, Mr. Nerantzis, presented His Beatitude with a commemorative gift with the emblem of the Assembly. 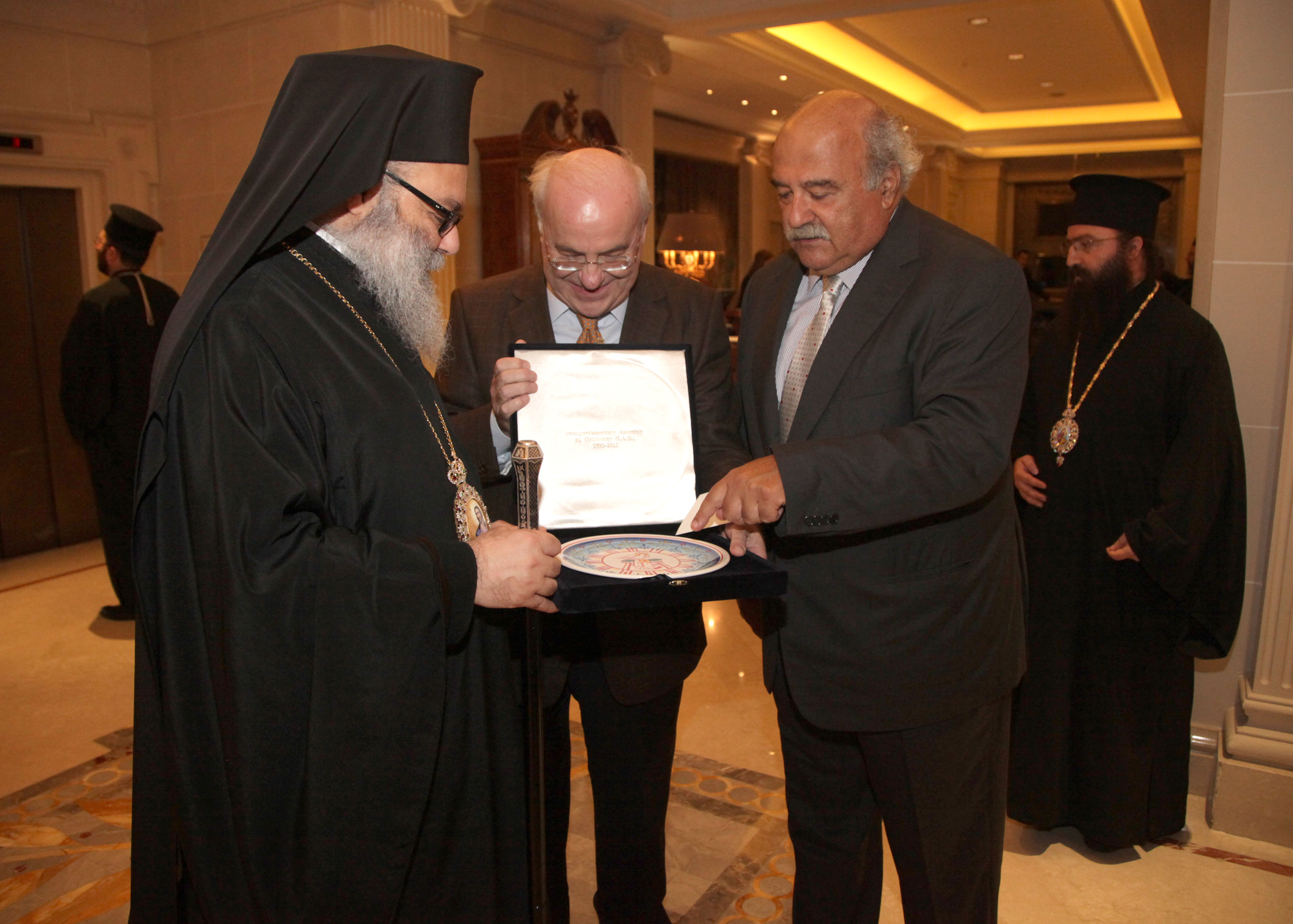 MEETING OF THE I.A.O. SECRETARY GENERAL WITH THE PATRIARCH JOHN X OF ANTIOCH.