Patriarch Kyrill of Moscow and All Russia 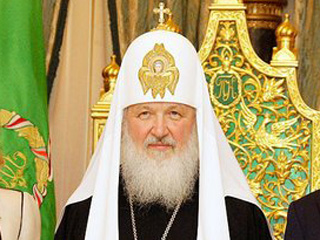 During the meeting they briefed the Patriarch on the 20th anniversary of the I.A.O. and offered an icon of Jesus Christ Enthroned from the Holy Church of Protatos  in Karies, Mount Athos. The Primate of the Russian Orthodox Church praised and blessed the successful 20 year course of the I.A.O.