The Secretary General of the Interparliamentary Assembly on Orthodoxy (I.A.O.), Member of the Hellenic Parliament dr. Maximos Charakopoulos, authorized by the I.A.O. International Secretariat, which held its virtual meeting on Wednesday, 17 March 2021, made the following statement on the protection of Christian Monuments in Nagorno-Karabakh:

“The Interparliamentary Assembly on Orthodoxy has repeatedly declared the need to safeguard the monuments of world civilization, in the face of decisions and actions that threaten them with destruction or alteration of their character. Mankind has shown significant progress in highlighting the world cultural heritage, which includes religious monuments and sacred places of worship, which either continue to have this function or not.

The modern civilization understands and respects the enormous historical and spiritual value of monuments, through which a fruitful dialogue takes place with the historical past and the high conceptions of the human spirit, a necessary element for further thinking and deepening our common values. In addition, appropriate respect for every religious monument and sacred place of worship contributes to mutual understanding and mutual respect between religious communities, and ultimately contributes to peaceful coexistence.

Unfortunately, however, incidents that violate these principles continue to this day. There are cases where arbitrary conversions of places of worship take place, often with a long historical presence but also of aesthetic and artistic value, in places of performing irrelevant events towards the monuments of religious events or other services. Thus, recently —by decision of Turkey’s political leadership— the church of Hagia Sophia was converted into a mosque and despite the fact that this church was built in the 6th century, it is included in the official UNESCO list of protected monuments of the world cultural heritage.

Sometimes, again, they are completely destroyed in order not to witness the centuries-old presence of other peoples, religions and cultures in these lands. Such incidents have been recorded in many cases in Kosovo and Metohija, in the occupied parts of the territories of Syria and Iraq and the Turkish-occupied territories of the Republic of Cyprus.

Based on the aforementioned, being representatives of the parliaments of many countries, we deem it necessary every time to express our categorical disagreement to such practices and to call on international organizations and governments to not allow them to take place.

We particularly want to draw everyone’s attention to the situation that has developed in the aftermath of the bloody war in Nagorno Karabakh. The Tripartite Declaration, signed on November 9, 2020, resulted in extensive territories with cultural treasures of great religious, historical and artistic value for the ecumenical culture, the Armenian people and the Apostolic Christian Church, now under the administration of Azerbaijan.

We believe that these monuments need immediate registration and protection from the international community and the competent international bodies.

We therefore, call on the UN and UNESCO to contribute to the protection of the cultural wealth and monuments of the Armenian people, now under the administration of Azerbaijan and not to allow changes in their use or destruction. Any dereliction of duty or lack of interest can cause irreparable damage to monuments belonging to all mankind”.

Athens, 17 March 2021. Statement on the protection Of Christian monuments in Nagorno-Karabakh 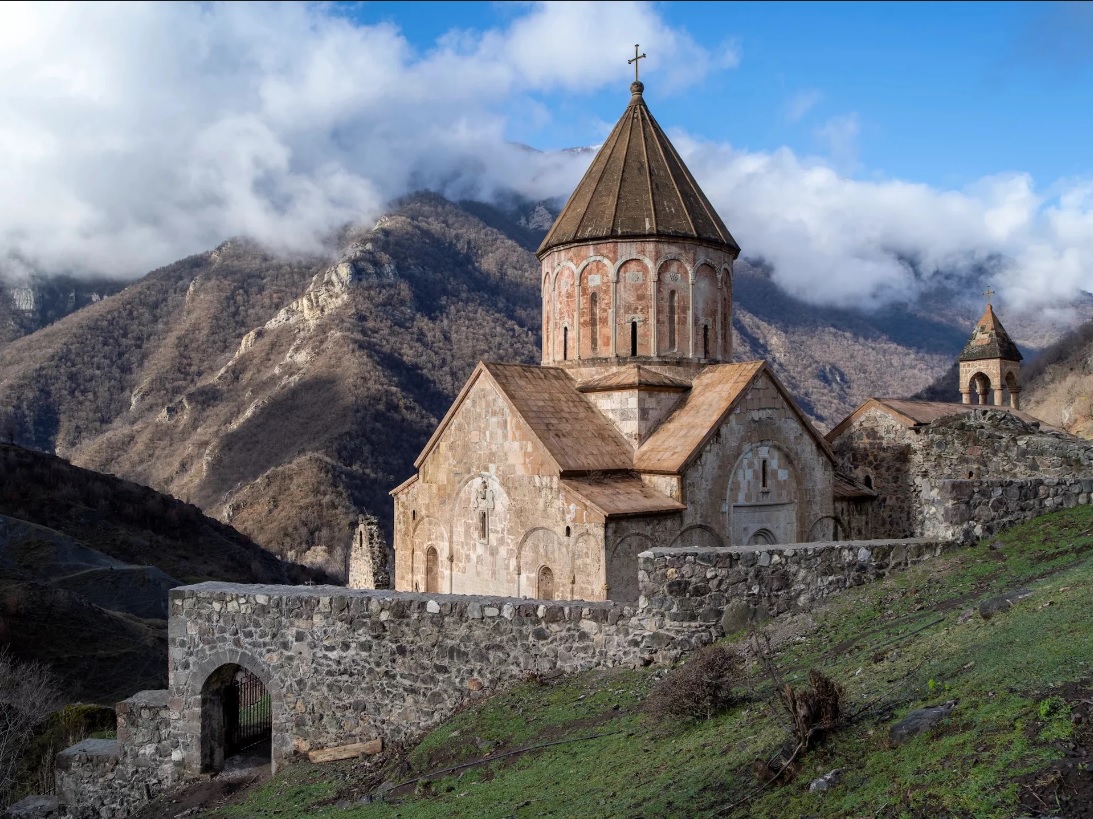