The autumn meeting of the I.A.O. International Secretariat and Committee Chairpersons and Rapporteurs was held at the Hellenic Parliament in Athens, 17 – 18 October 2015. Members of Parliaments from 10 I.A.O. member-states participated at the meeting.

On Sunday, 18 October, the I.A.O. members had a meeting with the new-elected President of the Hellenic Republic Mr. Prokopis Pavlopoulos, who praised I.A.O.’s diverse activity, underlying its contribution for the promotion of interreligious dialogue, as well as highlighting the problems the Christian communities are facing around the world and especially at the region of the Middle East. He also stressed the need to stop war conflicts in the Middle East and the refugees of the area to be addressed in the light of the protection of human values. 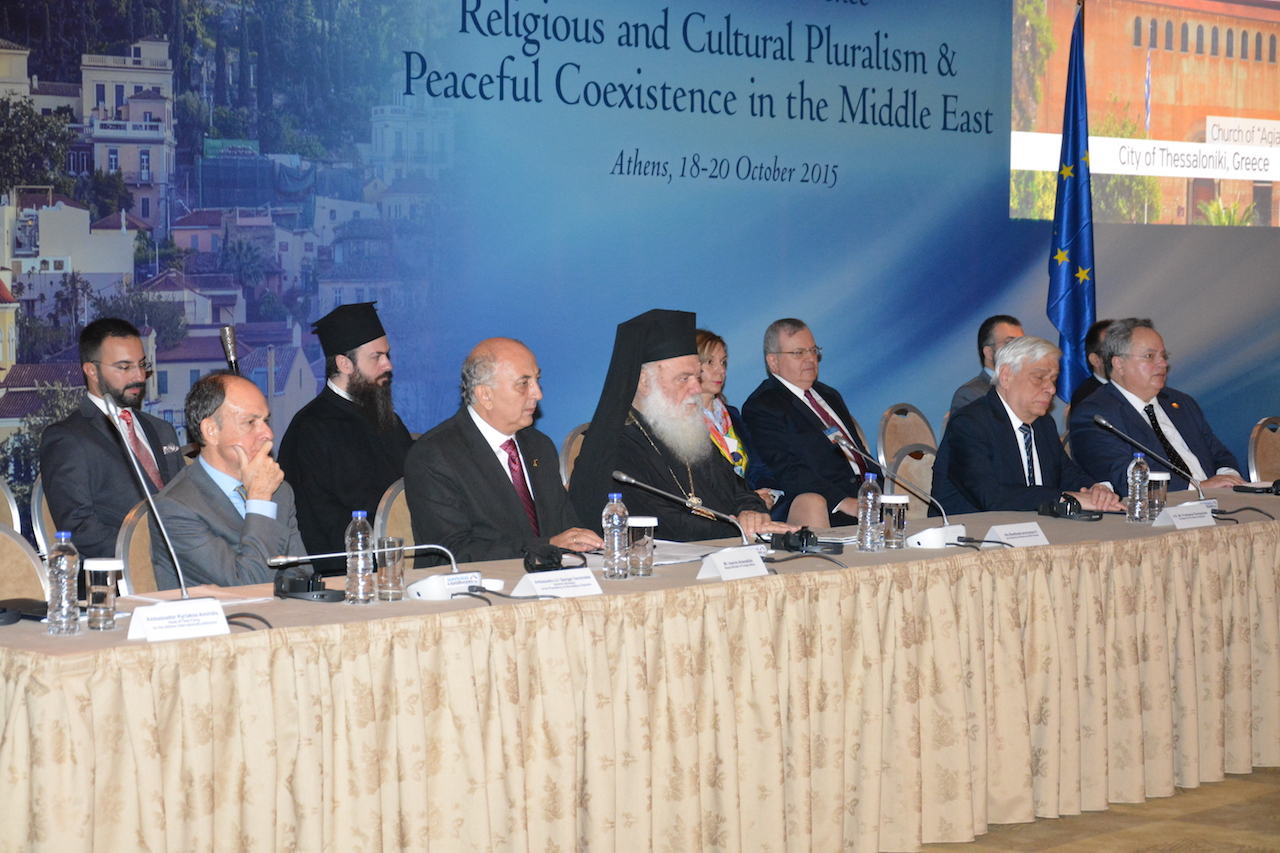 The meeting of the I.A.O. International Secretariat was realized in Athens on the occasion of the international conference with subject: “Religious and Cultural Pluralism and Peaceful Coexistence in the Middle East” organized by the Ministry of Foreign Affairs of Greece from 18th to 20th October 2015.

In view of the aforementioned conference, the I.A.O. offered dinner in honour of the Primates of the Autocephalous Orthodox, Oriental and Eastern Orthodox Churches, on Sunday, 18th October. All I.A.O. members were present at the dinner as well. The President of the I.A.O. General Assembly Mr. Sergey Popov and the I.A.O. Secretary General Mr. Ioannis Amanatidis addressed the Primates, while His All Holiness the Ecumenical Patriarch Bartholomew in return addressed the participants and referred to I.A.O.’s dynamic and constructive work to the global political-social reality.

Athens, 17 – 18 October 2015. Meeting of the I.A.O. International secretariat and committee chairpersons and rapporteurs.