The International Secretariat of the Interparliamentary Assembly on Orthodoxy (I.A.O.) and the I.A.O. Committee on Human Rights organized a conference in Athens, 15 – 16 March 2010. The works of the conference were held in the amphitheater of the Nikaia Literary Society. 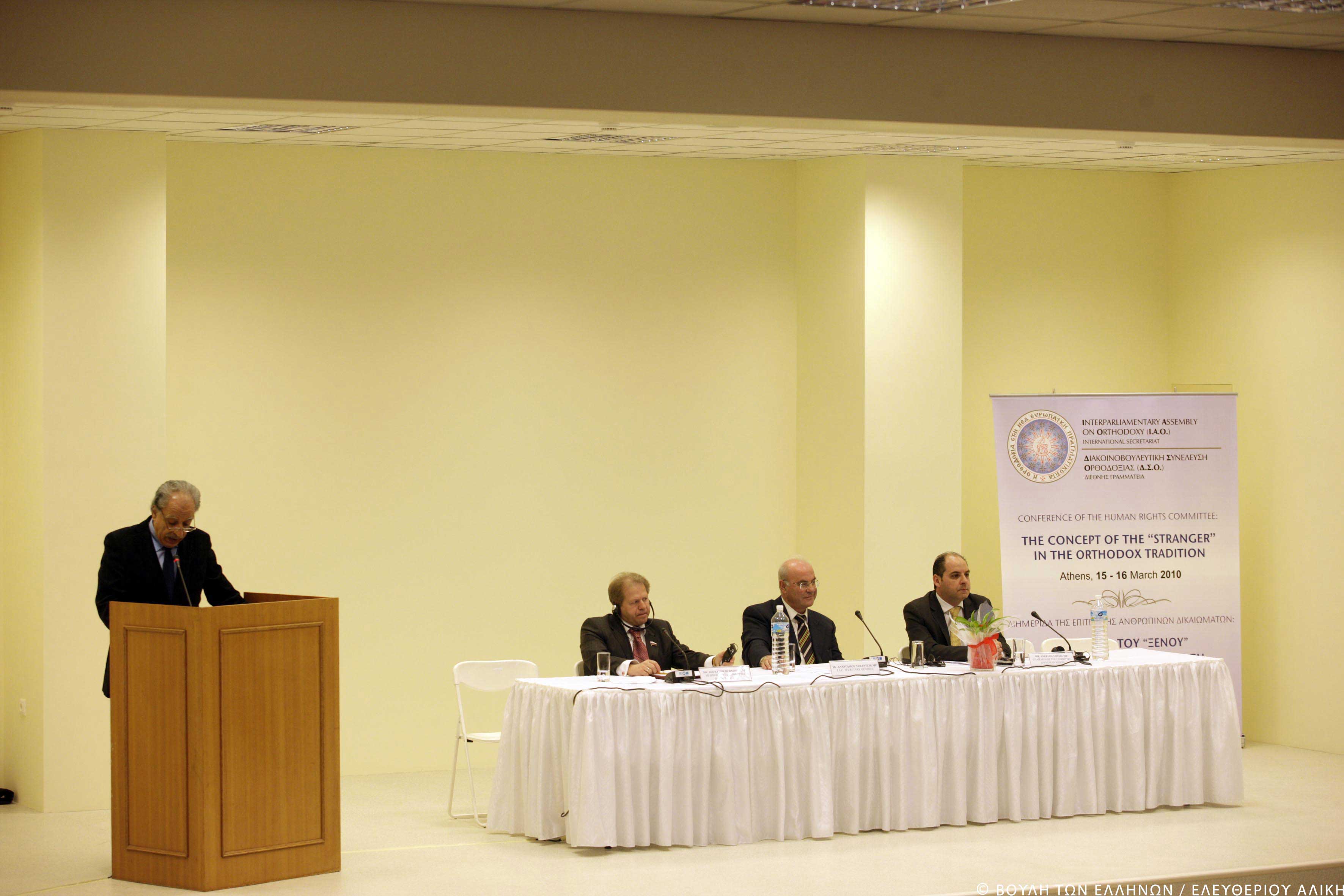 The subject of the conference was: “The concept of the «stranger» in the Orthodox Tradition”.. 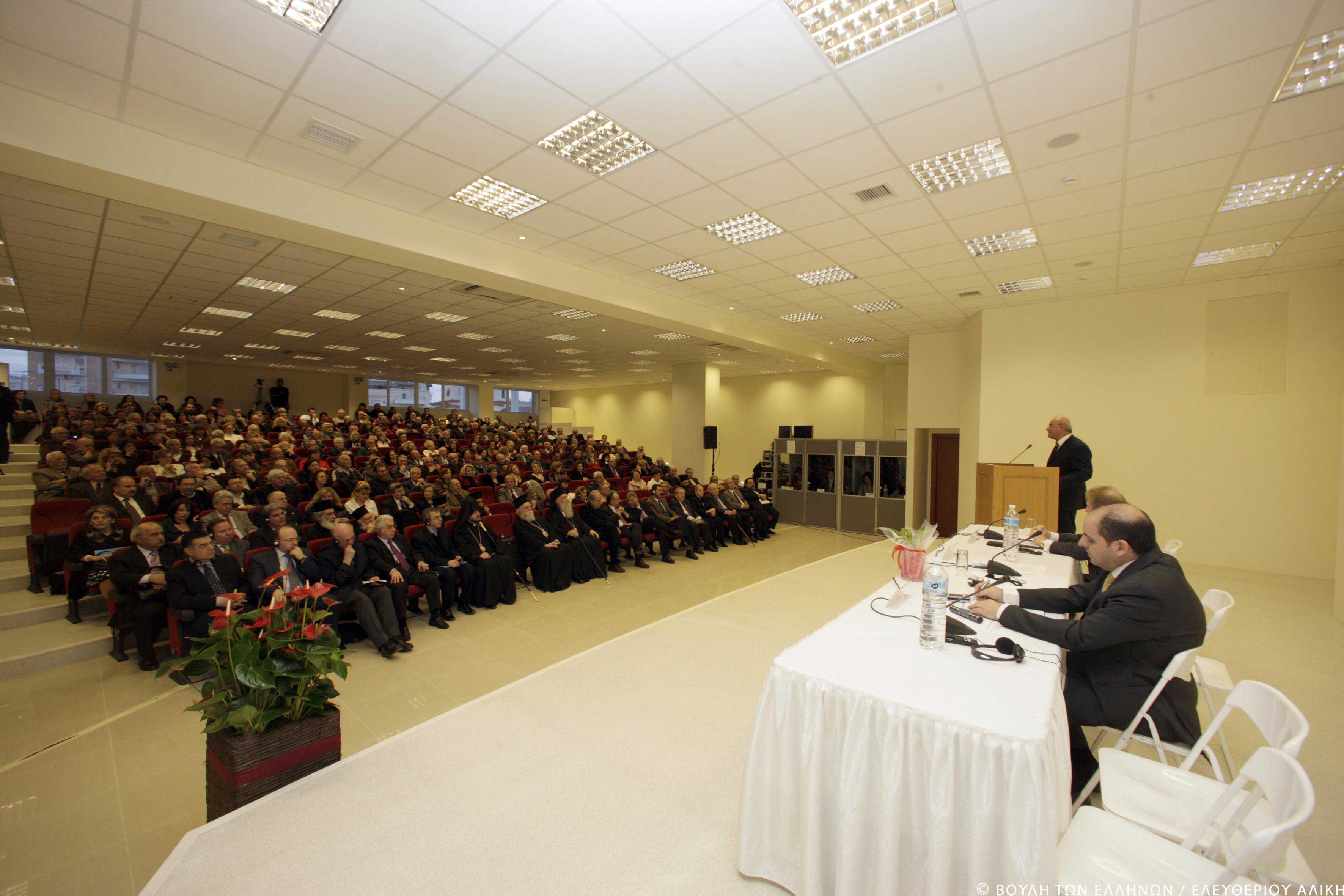 Members of Parliaments from Greece, Cyprus, Russia and Palestine participated in the conference as well as Committee members, distinguished personalities from the fields of religion and politics. 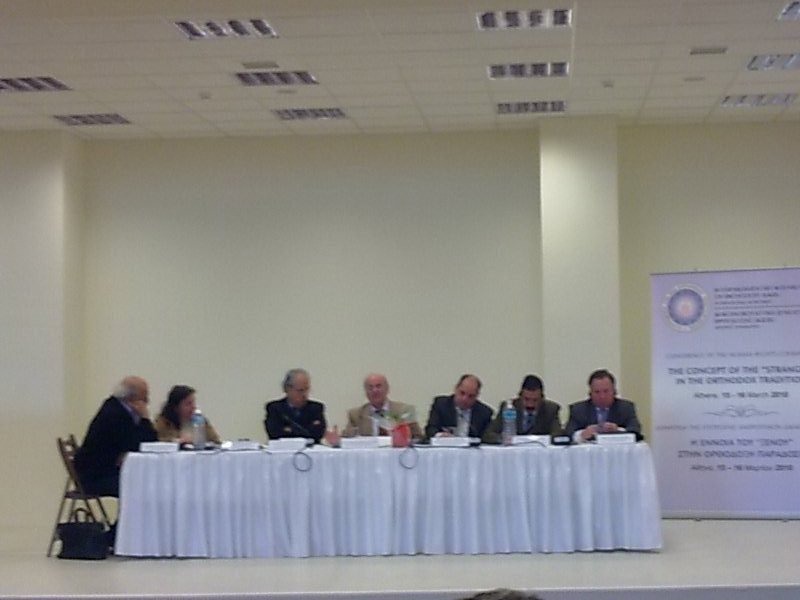 The Head of the Greek Parliamentary delegation to the I.A.O. Mr. Tilemachos Hitiris addressed the participants, reading a greeting message of the President of the Hellenic Parliament, Mr. Phillipos Petsalnikos. 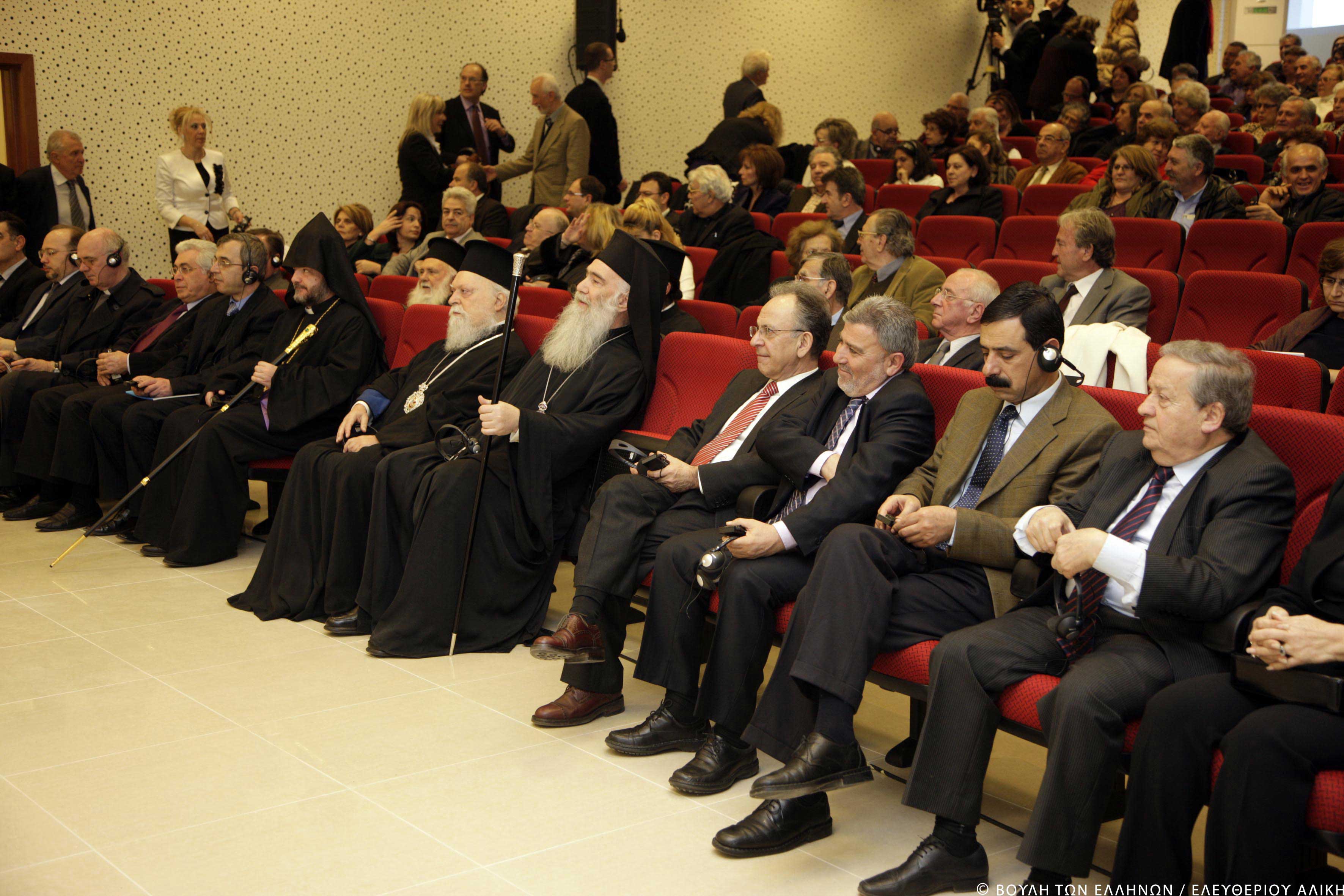 The following reports on the main subject were presented:
• «The concept of the “stranger” in orthodox theology and the present reality». by the Leader of the Democratic Renaissance Party Mr. Stylianos-Angelos Papathemelis

• «The stranger I accept, the stranger I become. An encounter with the meanings of “stranger”» by Editor in Chief of “Synaxis” publication Dr. Athanasios Papathanasiou

• «Cyprus: from coexistence to defragmentation» by the Chairman of the I.A.O. Committee on Human Rights Mr. Angelos Votsis, Member of the House of Representatives of Cyprus
• «Modern challenges and Orthodox tradition» by the I.A.O. advisor Dr. Kostas Mygdalis

• «The National and the universal (general) aspects in the Orthodox self-knowledge» by the I.A.O. advisor Prof. Valery Alexeev
Round Table discussion on: Europe of alterity: tolerance or multiculturalism?