Following the appointment of new political and state administration and the beginning of the XVI Parliamentary term at the Hellenic Parliament, the President of the General Assembly and the Alternate Secretary General of the Interparliamentary Assembly on Orthodoxy (I.A.O.) Mr. Sergey Popov and Ioannis Amanatidis held customary meetings on 11 and 12 March 2015.
Mr. Amanatidis, while welcoming Mr. Popov in Athens, referred to the I.A.O. activity “pursuing views of osmosis on the current socio-political situation, beyond boundaries of local and other interests, on geopolitical schemes, based on the universal values of Christianity and Orthodoxy, our common cultural origin…”.
The first meeting held with the new Speaker of the Hellenic Parliament Mrs. Zoi Konstantopoulou was conducted in a very warm atmosphere at the office of Speaker in the Parliament March 11. The Speaker stressed the highly timely importance of universal principles and values of religious freedom, tolerance, solidarity, humanity and respect for minorities; values adopted and promoted by the Interparliamentary Assembly on Orthodoxy. Mr. Popov said that the core of the I.A.O.’s efforts lies in defending Dignity, Freedoms and Human Rights, according to Christian values, which are also universal ideals. At the same time, valuable historical experience has been gained, proving its ability to defend Human Rights around the world: the Middle East, Europe, Africa. 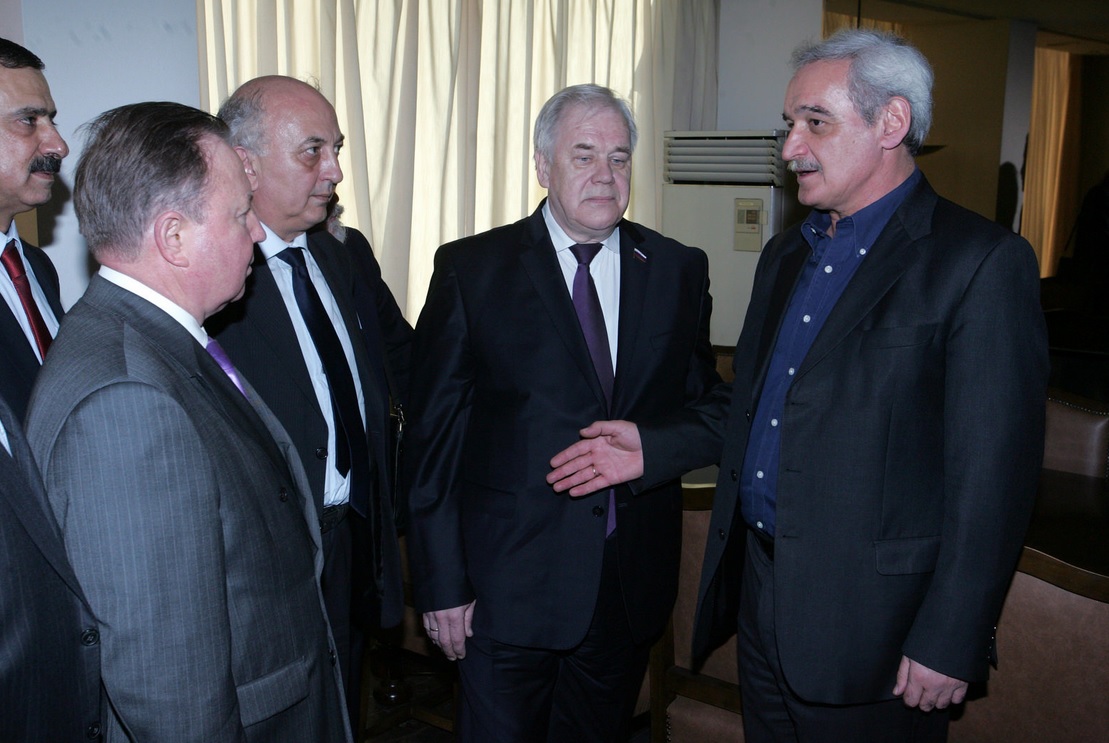 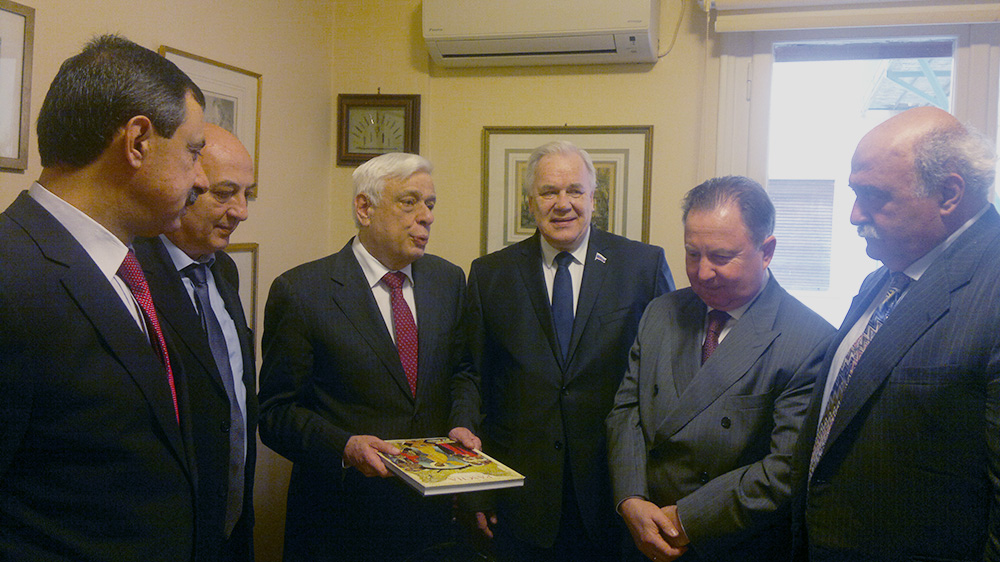 The next day, the delegation was welcomed by the new President of the Hellenic Republic, Mr. Prokopis Pavlopoulos in his political office. Both Mr. Popov and Mr. Amanatidis informed the President about the over-twenty year contribution of the Assembly and initiatives, which the I.A.O. will undertake in the near future. On his part, Mr. Pavlopoulos acknowledged on the importance and I.A.O.’s dynamic perspective, iterating his commitment to support the international organization, under his new institutional capacity.
During all aforementioned meetings, Mr. Fuad Kokaly, from Palestine and the tow I.A.O. Advisors Dr. Kostas Mygdalis and Prof. Valery Alekseev, participated as well.