A delegation of the Interparliamentary Assembly on Orthodoxy (I.A.O.) headed by the representative of the I.A.O. Secretary General Mr. Ioannis Sarakiotis, MP, Head of the I.A.O. Coordinating Cooperation Committee with the Panafrican Parliament, participated to the traditional annual National Prayer Breakfast at the Chamber of Deputies of Romania on November 8th 2017 accompanied by the I.A.O. Advisors Prof. Valery Alekseev and Dr. Kostas Mygdalis.

Mr. Sarakiotis presented an address on the subject of the Prayer Breakfast “Integrity in the public sphere”, conveying warmest greetings from the I.A.O. Bureau. The I.A.O. delegation had meetings with the members of the Romanian Parliamentary delegation, other Members of Parliament and government officials. Moreover, the delegation had a meeting with the Vice-President of the Chamber of Deputies of Romania Mr. Florin Iordache, who stressed inter-alia the significance of parliamentary relations by highlighting them to key players of democracy, as well as towards resolving various problems such as religious fanaticism. To this dialogue, he underlined the significance and relevance of the I.A.O. 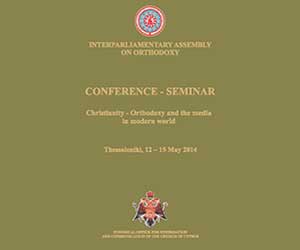