Meeting with the Speaker
of the Parliament and the Patriarch of Ethiopia,
Addis Ababa, 25 – 27 April 2014 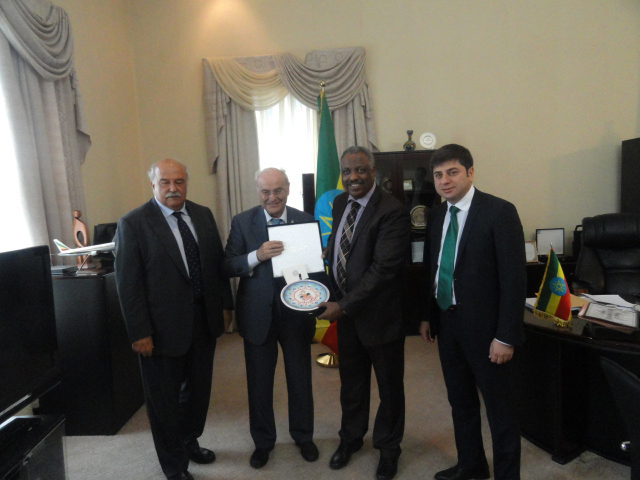 The aim of the meeting was the participation of the Parliament of Ethiopia to I.A.O.’s General Assembly and its activities.
During the meeting, the I.A.O. Secretary General Mr. Anastasios Nerantzis, explained the goals and outlined I.A.O.’s activities during the past twenty years since its establishment. While, the Speaker of the Parliament expressed his warmest congratulations over I.A.O.’s twentieth anniversary and an imminent interest over the organization’s activity, he also stated that the Parliament of Ethiopia will examine the soonest possible, the possibility of the Parliament’s participation to the I.A.O.
In addition, the delegation realized a meeting with Abune Mathias Patriarch of Ethiopia at the seat of the Patriarchate. They conveyed cordial wishes for his election in the Patriarchal Throne and the hope for a closer cooperation and mutual exchange of information.

The Patriarch, showed interest to the future activities of the organization and expressed his wishes for I.A.O.’s 20th anniversary.