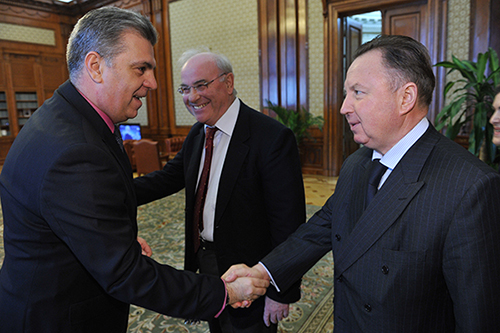 The I.A.O. Secretary General Mr. Anastasios Nerantzis handed  a personal invitation over to Mr. Zgonea, for his participation to the declaration signing ceremony on June 29, 2013, which was accepted by the Chairman. 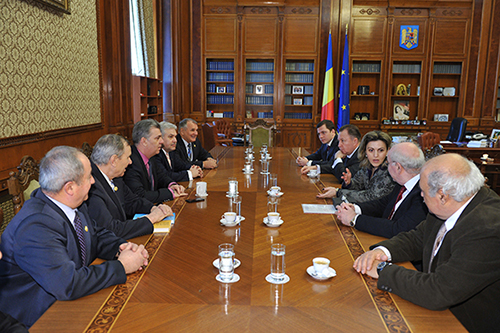 The members of the Romanian Parliamentary delegation to the I.A.O. Mr. Petru Andea, Mr. Miron Ignat and Mr. Dorel Covaci, as well as the Chairman of the Committee for Education, Science, Youth and Sport Mr. Angel Tilvar and the I.A.O. Advisors Dr. Kostas Mygdalis and Prof. Valery Alexeev participated at the meeting. The I.A.O. delegation had also the opportunity to visit the Patriarchate of Romania and had a meeting with Bishop Varlam, representative of the Patriarch of Romania. 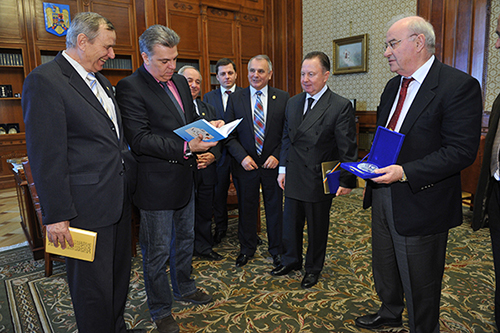