Main subject: «Orthodox Historic Communities in Europe and around the world»
Vienna, 25 – 29 June 2015

The 22nd General Assembly of the Interparliamentary Assembly on Orthodoxy (I.A.O.) was successfully convened in Vienna, with the participation of representatives from numerous Orthodox communities from all around the world and different regions and parliamentary delegations from twenty six countries and groups of members of Parliaments from different countries.
The Inaugural Ceremony was held at the Old Town Hall of Vienna on Thursday, 25 June 2015. The opening of the works of the General Assembly was declared by the President of the I.A.O. General Assembly Mr. Sergey Popov, who also thanked everyone, pointing out the large participation and called the representatives of the orthodox communities to highlight their unity all around the world.
During his speech, the I.A.O. Secretary General Mr. Ioannis Amanatidis, mentioned that the I.A.O. is opposed to politics leading to poverty and the collapse of large groups of citizens, also leading to the disappearance of Christian communities in the wider region of Middle East. 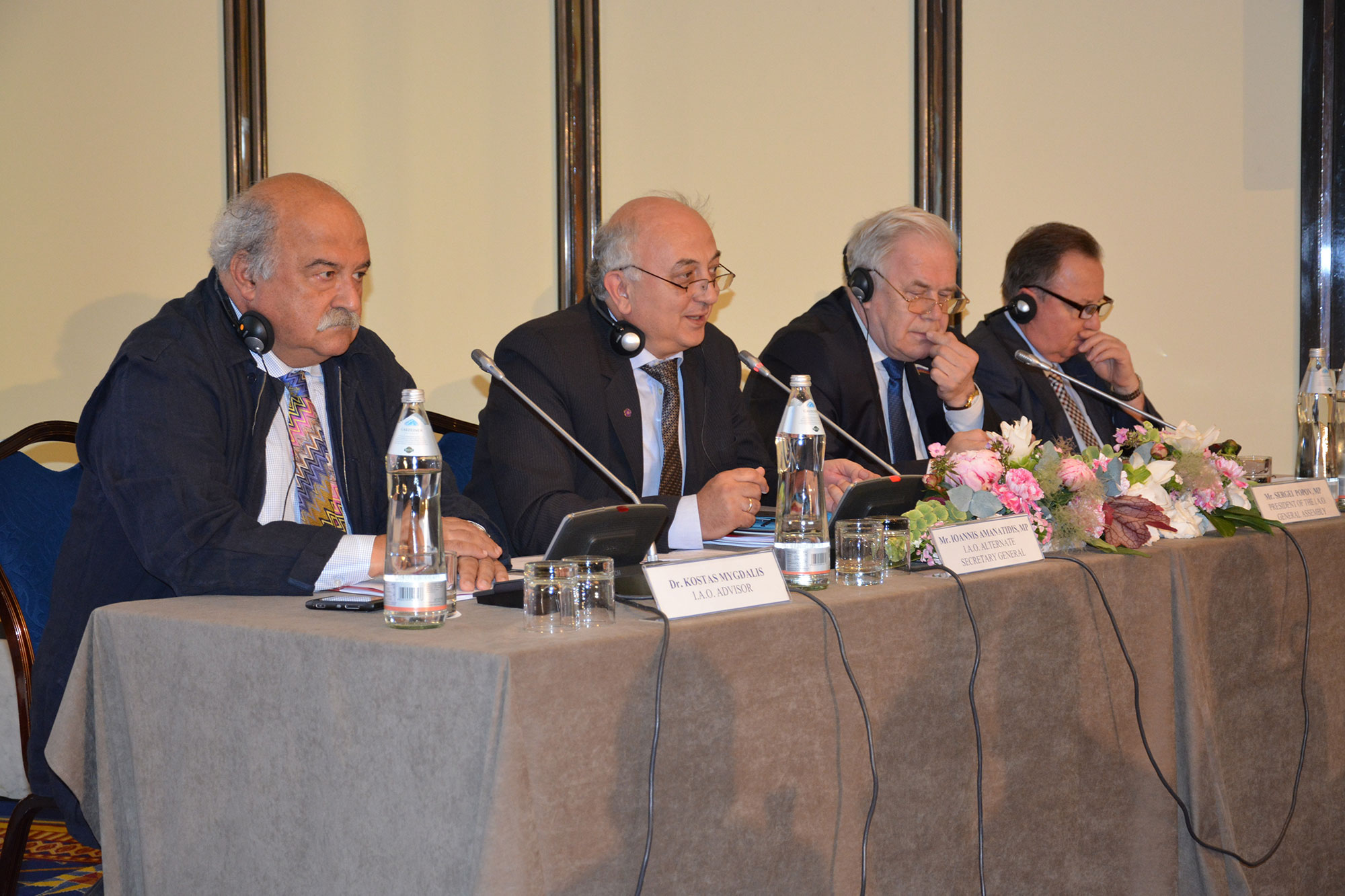 The President of the Pan-African Parliament Mr. Roger Nkodo Dang addressed the Assembly and greeted all participants. Moreover, the Co-Chairman of the European Parliament Intergroup on freedom of religion or belief and religious tolerance, Member of the European Parliament Mr. Peter van Dalen addressed the Assembly, while greeting messages were read of the Ecumenical Patriarch, the Patriarch of Alexandria and all Africa, the Patriarch of Moscow and all Russia, the President of the Hellenic Parliament and the President of the Russian State Duma.

Finally, a commendation was made to the former I.A.O. Secretary General Mr. Anastasios Nerantzis.

During the General Assembly, completion of the I.A.O. organs and supplementary election of the Secretary General was realised.

The new composition of the I.A.O. International Secretariat is as follows:
President of the General Assembly: Sergei Popov (Russian Federation)

Resolution on the protection of Christians and other religious minorities in the Middle East.